The department says the Village Gallery and Studio hosted an event where people could handle a juvenile raccoon. It later tested positive for rabies and died. 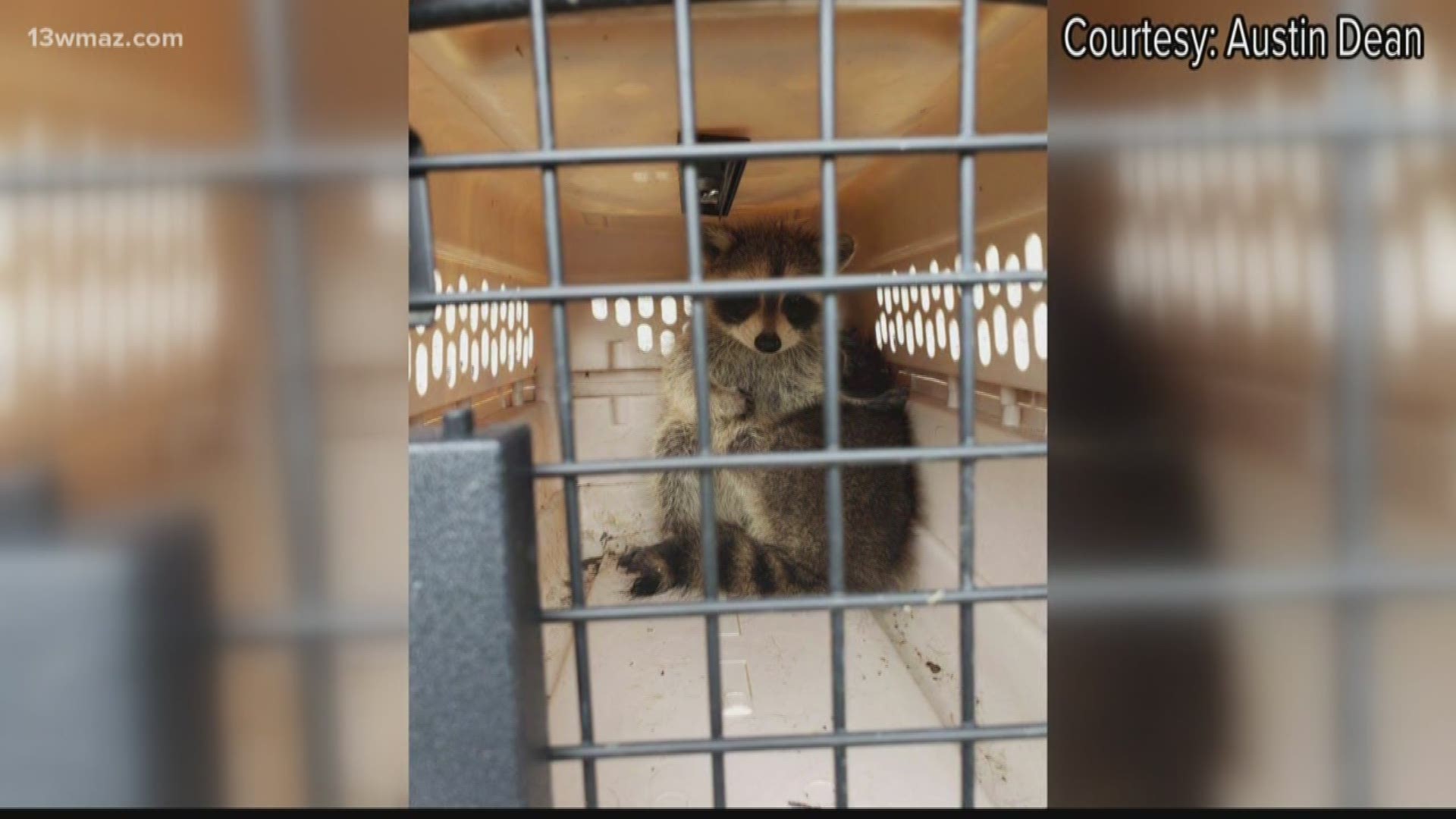 MACON, Ga. — The Macon-Bibb County Health Department is investigating a possible rabies exposure at a public event. Village Gallery and Studio on Ingleside Avenue was closed Thursday. The health department says the studio's doors were open Aug. 3 for an event called "Raccoon or Kitten" that gave people the chance to handle a juvenile raccoon. That animal later tested positive for rabies.

"Several people may have been exposed to a raccoon that later tested positive for rabies," said Michael Hokanson with the Georgia Department of Public Health North Central Health District.

Hokanson says the raccoon owner took it to a wildlife rehabilitation center Aug. 6. It died Aug. 13.

"That's why anybody who has interacted, we want to be able to talk to you to see how you interacted with it to get you on the post-exposure prophylaxis. That will make sure that rabies doesn't turn into something fatal," said Hokanson.

Wildlife Control Specialist Austin Dean says you could get exposed to the disease from a bite, but says that's not the only way.

"That animal could have groomed itself and got its saliva on its fur. Then, you get that saliva on you and, somehow, it gets in a wound and you're exposed," said Dean.

Rabies symptoms include a fever, headache, and eventually, could lead to hallucinations and paralysis as it progresses.

"If symptoms start, sometimes, it's already too late," said Hokanson.

Dean says it's better to avoid wild and unfamiliar animals. He suggests bringing outside pet food indoors at night to deter wild animals like raccoons.

"Bird feeders are another big item that raccoons go for. Don't create a habitat for these animals to use," said Dean.

Hokanson says post treatment exposure includes a series of shots. If you came in contact with the raccoon, you can should call your doctor and the environmental health office at 478-749-0106.