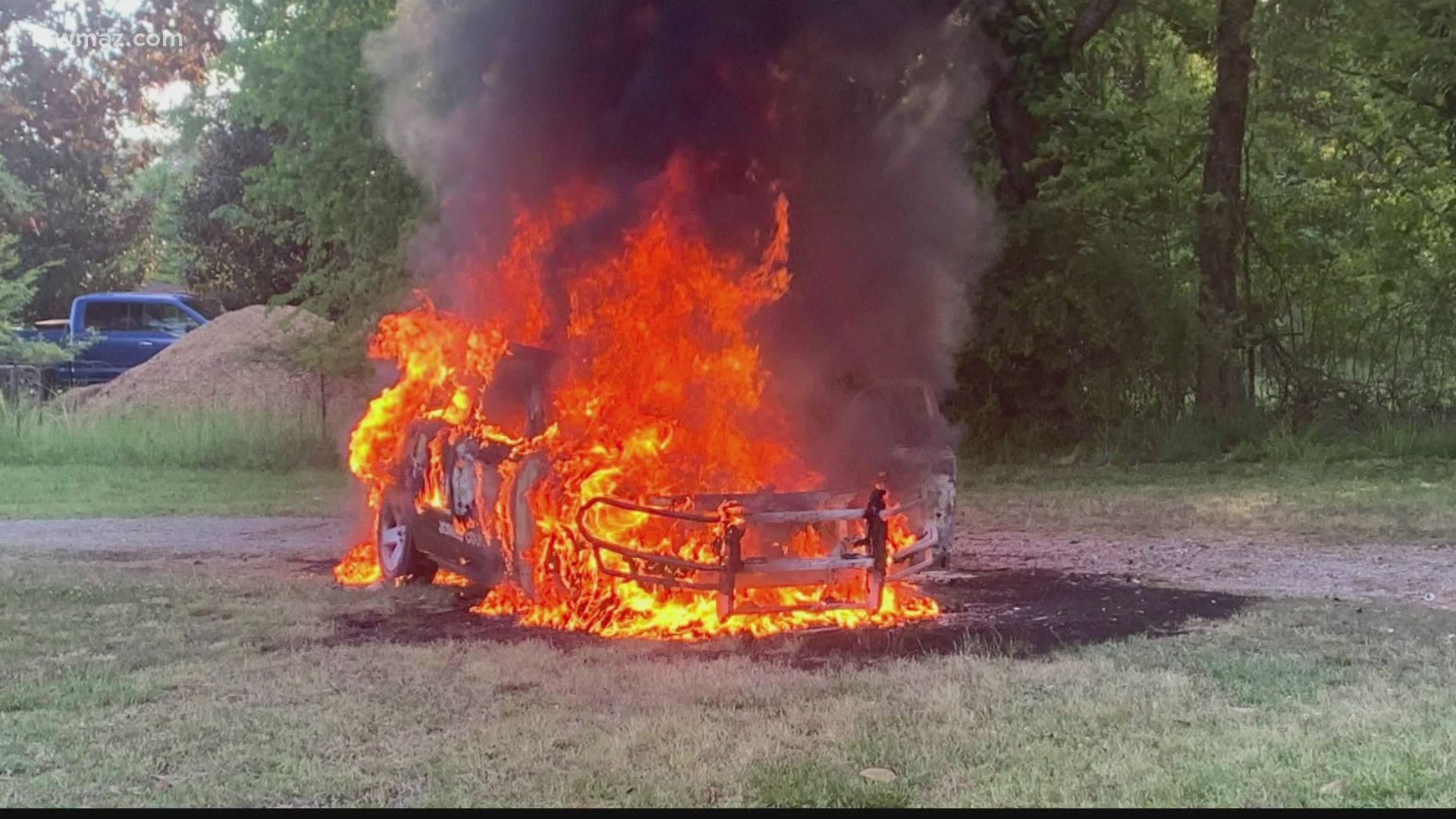 JONES COUNTY, Ga. — "Sometimes you're the hammer and sometimes you're the nail," said Jones County Sheriff Butch Reece in a post on the sheriff's office's Facebook page that showed a deputy's patrol car after it burst into flames and smoke.

Sheriff Reece says Officer Eric Mason responded to an emergency call Monday and noticed his car was smoking. The officer focused on the reason he was there -- the emergency call -- so the flames got out of hand. Once the suspect was secured, Reece says Mason tried to put out the fire but were unable to until the Jones County Fire Department showed up to help.