Sonny and David Perdue talk politics and progress in the Capitol

Senator David Perdue and U.S. Secretary of Agriculture Sonny Perdue went back to their home town of Bonaire to enjoy some BBQ, and discussed some hot political issues. 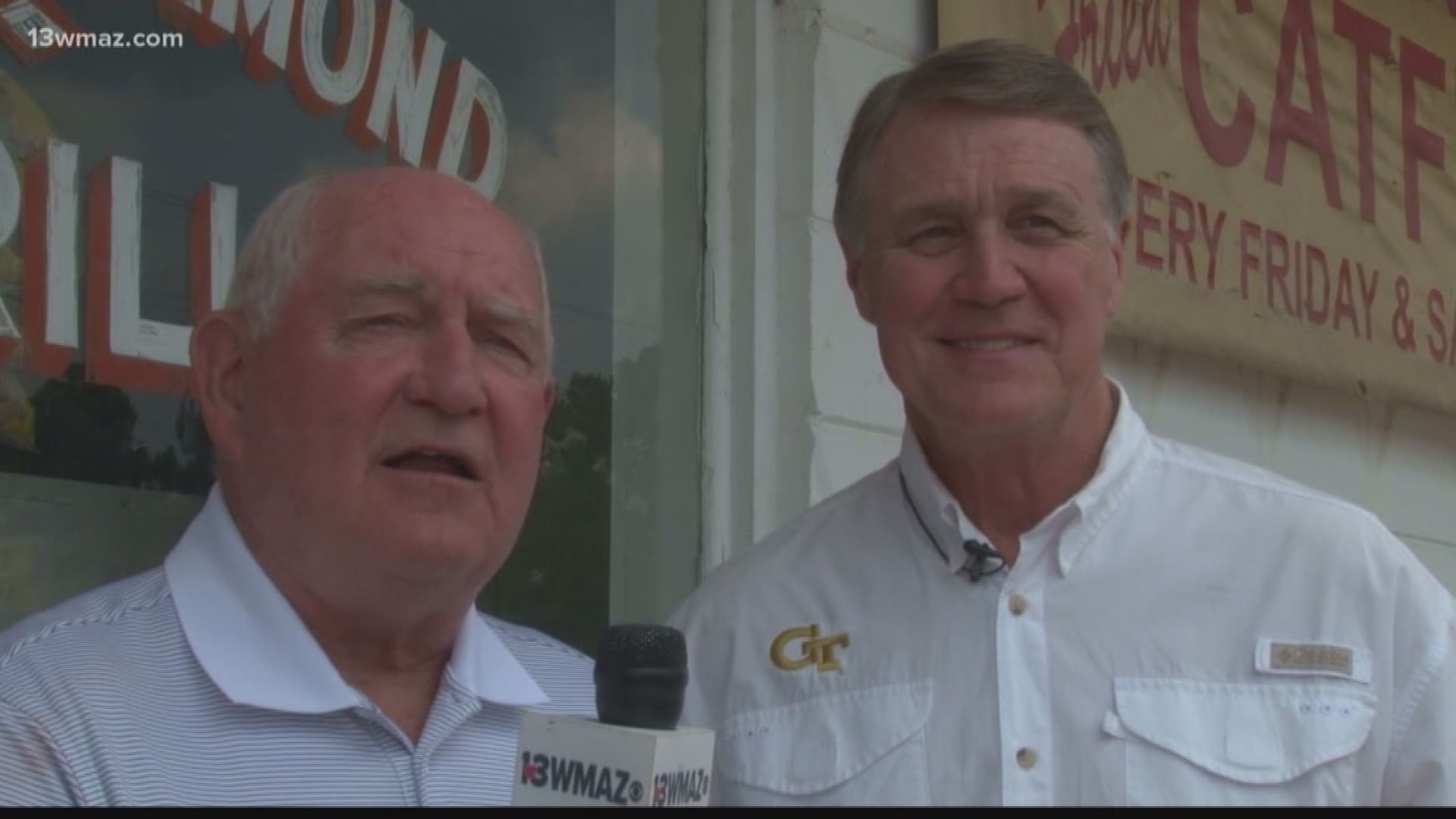 Both Sonny and David Perdue returned to their roots in Bonaire Friday, discussing everything from President Donald Trump to some of the policies the president plans on backing, all while enjoying some Central Georgia BBQ.

Randall Savage and Nicole Butler spoke with the cousins to dig deeper into their thoughts about how things are going up at the Capitol.

Senator David Perdue and U.S. Secretary of Agriculture Sonny Perdue went back to their home town of Bonaire to enjoy some BBQ, and discussed some hot political issues; like how they feel about President Trump's U.S. Supreme Court nominee, Brett Kavanaugh.

"When he was asked the other night at the White House when he was being announced, he said, 'I can only commit one thing to it -- I'm going to uphold and fight for the Constitution of the United States,' and that's good enough for me," Senator David Perdue says.

Trump also believes that the legalization of marijuana should be decided by the states.

Sonny Perdue wanted to share his thoughts on the issue.

"I'm not a big one on marijuana growth, but I do agree that it could be a state-decided issue," he says.

They also talked about the Veterans Administration.

For several years, critics have said the VA has provided poor quality care and slow care for veterans.

Senator Perdue says they are working on making improvements.

"But I love the choice bill that we put in it -- it gives some veterans the ability to take a card and get their service if they qualify, and we think that's going to make a big difference in helping these veterans get their services," David says.

Whether or not you agree that Trump is making good decisions up in the Capitol, one thing hasn't changed -- the Perdues back him 100 percent.

"And he makes no mistake about it. He may have a different negotiating style, he has a unique way of confronting people, but I guarantee you everything he does is for the benefit of the American person and American citizen," Sonny says.

After stopping in their hometown, the Perdues continued their tour around the state, their next stop being in Forsyth to visit the Georgia Forestry Association.