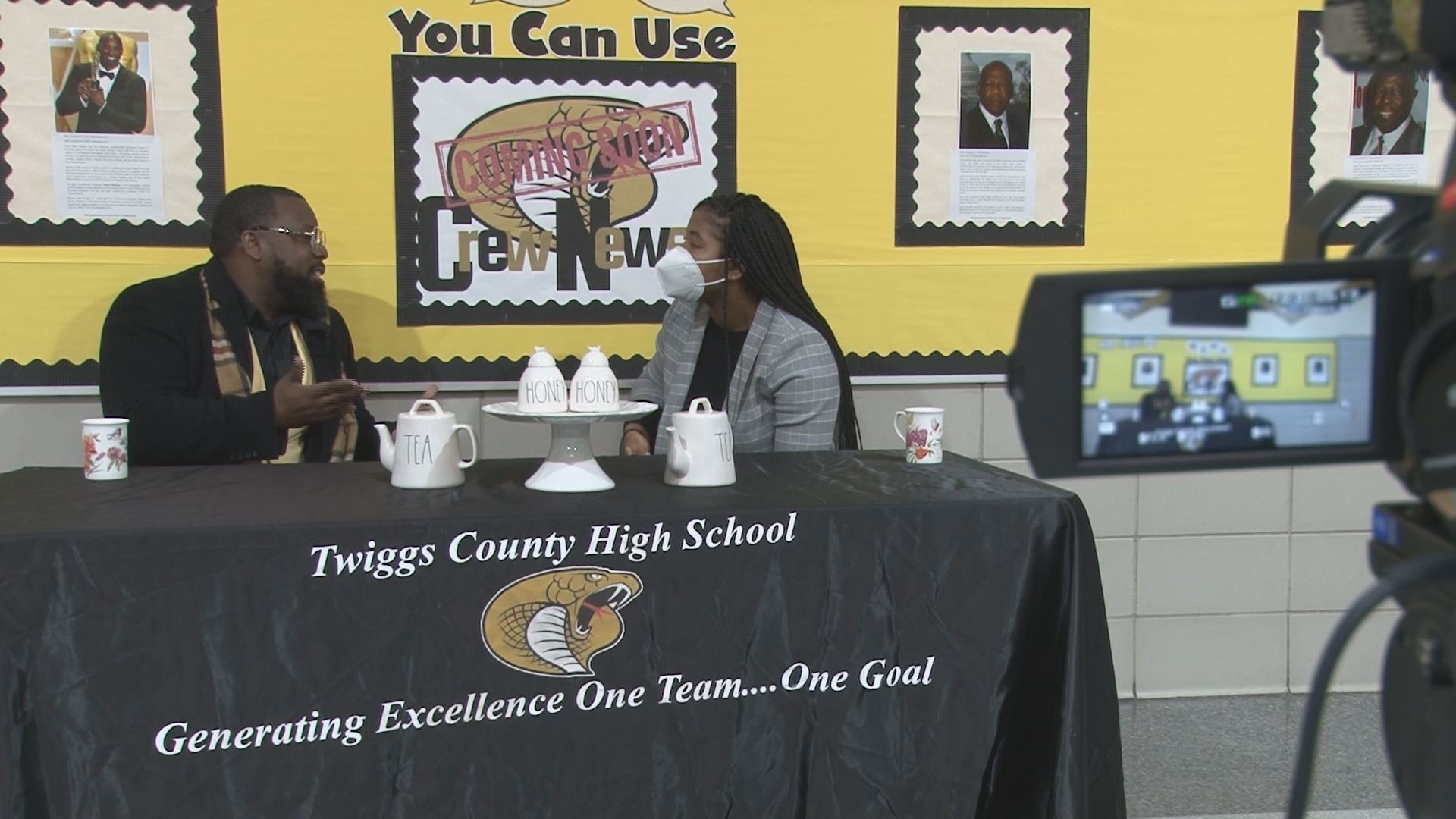 JEFFERSONVILLE, Ga. — Twiggs County High School students are getting a crash course in journalism by learning what goes into the profession and creating newscasts for their first broadcast class.

Seniors Makayla Foster and Aylah Birks are the lead anchors of the school’s new weekly program.

“Cobra Crew News is this new groundbreaking program that we installed in Twiggs County High School, so basically our main focus is to bring the serious information and bring the stories in the community to our high school students so they can know what's going on,” said Birks.

“On Wednesdays, we go in his classroom, we jot down on the board different things that we want to go through throughout the show, and we pick out what segments we're going to do and when we're going to do it,” said Foster.

It’s Patrick Jelks’ first year as the audio/video broadcast teacher. He proposed the idea to Principal Jamal Harris and brought the newscast to life.

“When I saw the first one, I was blown away,” said Harris. “I knew he had great skills and I believed what he could do with the students, but just to see the enthusiasm from the students, see how they wanted to do it and see how excited they were to do it…it just threw me for a loop.”

They believe the show engages students with current events and develops skills that will carry over in their everyday lives.

“We're trying to bridge the gaps, get some clarity, hear from the younger people and get their understanding out there in the world,” said Jelks.

Cobra Crew News is a weekly show. The team puts it together every Wednesday. Their first newscast was last week, and you can find the full video on the Twiggs County High School Facebook page.

Jelks says they have 12 students in the broadcast program this year. He expects even more will join this fall.

If you have a School of the Week idea, we'd love to hear from you! Send us a Facebook message or email us at news@13wmaz.com.