Child gets special surprise when dad returns early from deployment

Stationed at Shaw Air Force Base, the 10-year-old and her mom Jenny had been adding pebbles to two jars, counting down the days until his return. 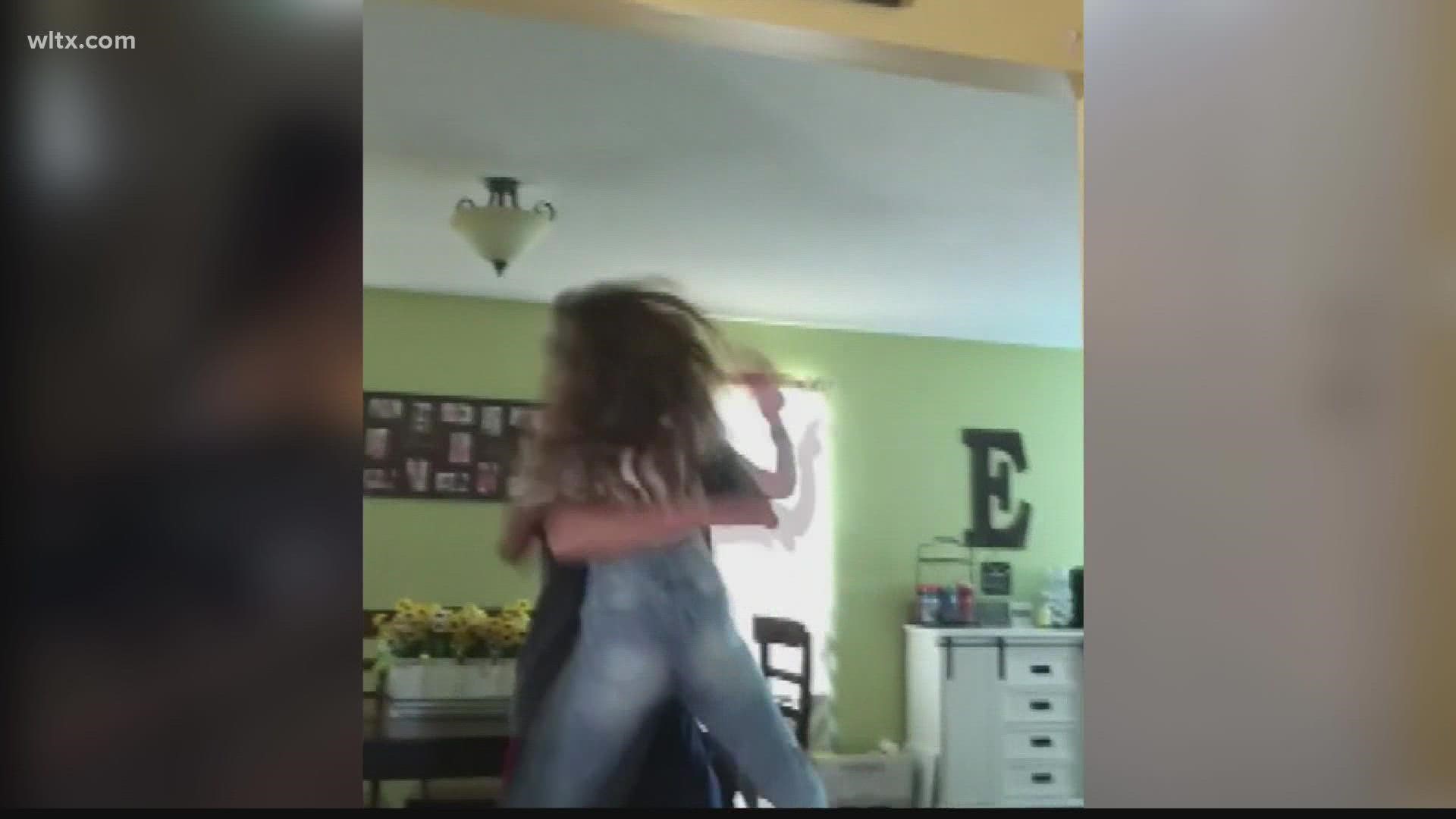 SHAW AIR FORCE BASE, S.C. — Tatiana Erichsen got a special surprise when her father Christian came home from deployment early.

Stationed at Shaw Air Force Base, the 10-year-old and her mom Jenny had been adding pebbles to two jars, counting down the days until his return.

"We started that at the age of three," Jenny said, "and then we just decided to do it at every deployment…. Every day she gets to put a pebble in and then she knows when we get to the very end, she knows that hey, Daddy’s coming home.”

Despite having weeks left, they received word he would be returning home from overseas earlier than expected.

Then, the planning began. "This is all her idea," Christian, Tatiana's dad, said. "I don’t come up with stuff like this. She wanted to do it; I'm all on board."

RELATED: Airman meets his newborn for the first time after deployment in Saudi Arabia

They decided home was the best place. So, this time when Tatiana went to add a pebble, she would arrive to a surprise.

Her mom recorded the moment.

"Well, what does that mean?," Jenny asked Tatiana.

Then her dad appeared in the kitchen.

"Want to help me marinate these steaks?," he asked.

Tatiana ran toward him, shouting "Daddy," then they shared a long hug.

"I was crying," Jenny said.

Christian said he was, too.

"Them two are my driving force in this world and they're my anchors so me being around them is everything to me," Christian said. "So, being back home and getting to see both of them and hug both of them is the greatest feeling in the world, honestly."

For now, the jars are put away.

"We’ll have another deployment in our future, but until then, that jar is out of sight, out of mind," Jenny said.