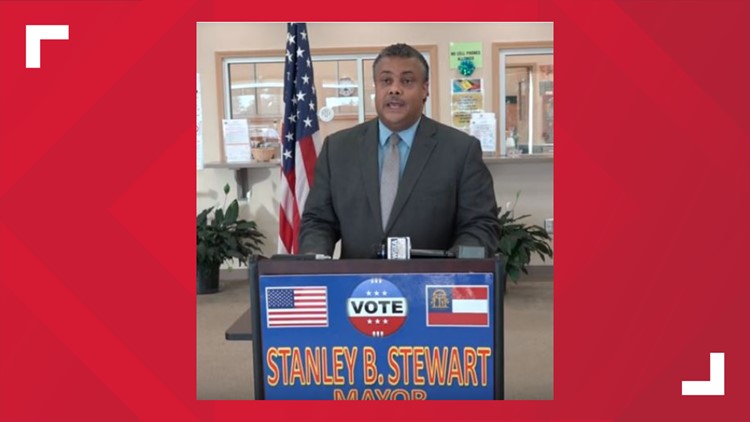 Stewart also made a campaign announcement after taking out papers at the Bibb County Board of Elections.

According to a copy of his talk posted to YouTube, Stewart talked about developing jobs through a south Macon "technology corridor" linked to Robins Air Force Base; taking advantage of the city's musical history to drive tourism and using its location near Savannah Harbor and turning the city into a "medical hub."

"We can build this modern Macon, where we are the economic engine of our region," Stewart said.

Stewart calls himself a community organizer and former educator.

He announced this summer that he planned to enter the mayor's race, but hasn't taken out papers until Wednesday.

He's held several campaign events since then, focusing on the homeless, education and other issues.

Robert Reichert steps down next year after 12 years in the mayor's office.

Ten people have filed declarations of intent with the county.

They range from longtime elected officials and community leaders to political newcomers who have kept a low profile.

Not all of those 10 may follow through and pay the $3,000 qualifying fee to get on next year's ballot.

Already in the race:

Charles Olson, who manages the 1842 Inn

Qualifying for the 2020 mayor's race happens next March and people in Macon-Bibb will vote May 19.