Laurens County Schools assistant superintendent Otha J. Hall says they can focus more on students' needs while adjusting back to school during COVID-19 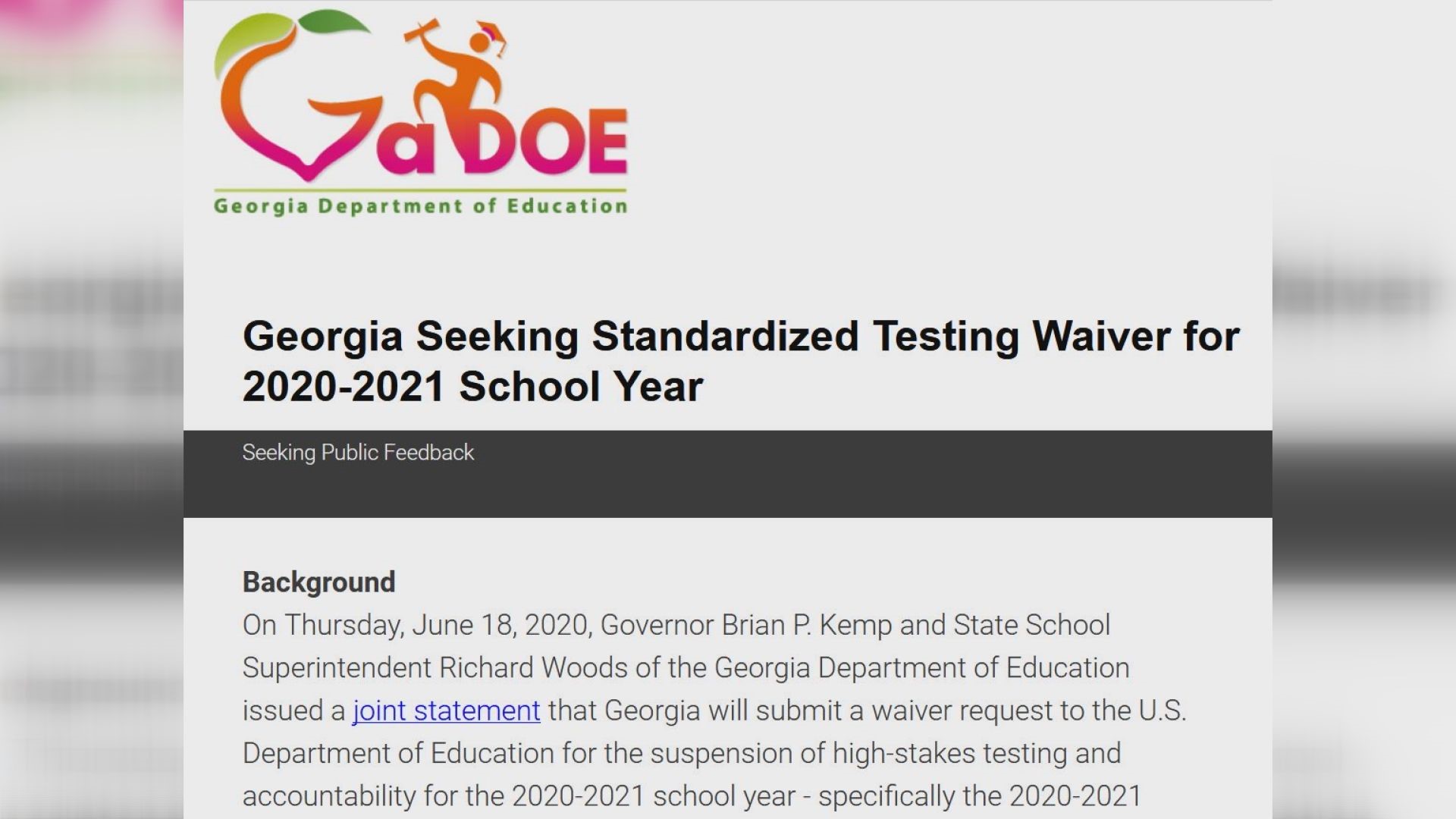 But what would that mean for schools?

She says the state's decision to waive standardized testing helped.

"I just feel like without Milestones it was a lot less stressful, I could just relax and not have to worry about it," Bracewell said.

The state sent out surveys asking districts whether they should waive them again for the upcoming school year.

"Not having these assessments for the FY21 year would give teachers a chance to focus on closing the gaps that may have been created from the abrupt [end of] face-to-face instruction ... back in March," Hall said.

Georgia Milestones and End-of-Course testing is used to collect information for the district's College and Career Readiness Performance Scores each year, and how it compares to other systems statewide.

"In Laurens County, testing typically takes about five days and now we'll be able to take that five days and add it back to learning, which will once again close the gaps that may have been added to this COVID-19 crisis," Hall said.

"Teachers are going to try to, now they'll be able to give in-house assessments that's going to allow them to see where each kids is and they're going to be able to focus on meeting the needs of those kids without the pressure of trying to finish up the standards to prepare for a standardized test at the end of the year," Hall said.

Hall encourages all parents, students and staff members to fill out the survey, which they've released on the district website. You can also find the link to the survey here.

It will be open until Friday, July 10 at midnight.

Georgia will waive standardized testing for schools next year