High schoolers made a sensory glove to help a man with nerve damage detect temperature and pressure, while 5th graders made a robotic hand 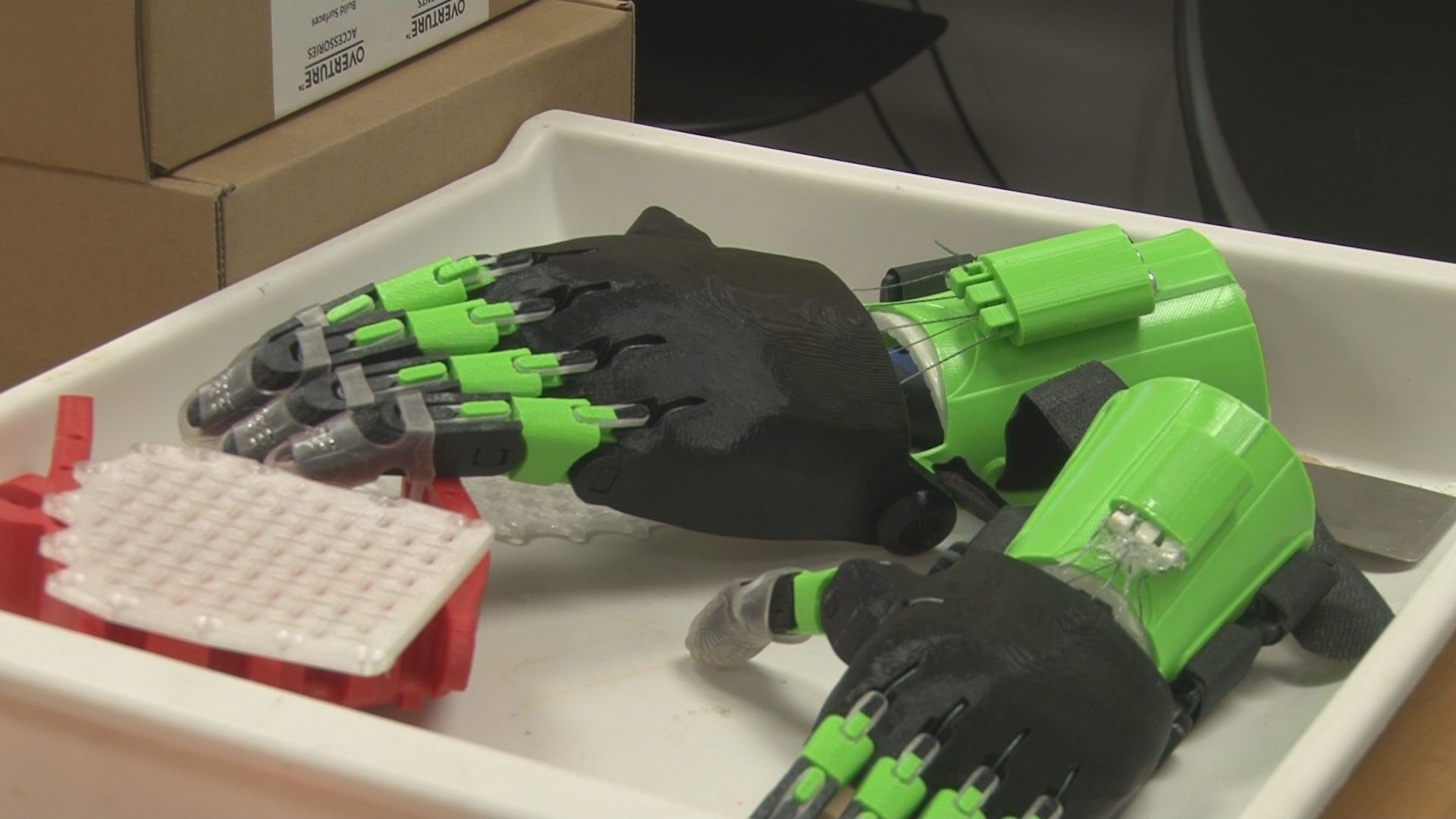 MACON, Ga. — Stratford Academy students in Macon are learning how to make prosthetics to help people in need.

"Main tasks that he has trouble with are things where he accidentally cuts himself, crushes his hand, or burns his hand because he has neuropathy, which basically means he has trouble feeling things," said Viradia. "So we made a glove that senses temperature and pressure for him, and shows him a little red light when his hand is in danger so he knows to move it."

They sewed wires into the glove that detect the temperature and pressure, which then signals the light.

"It's kind of like Shark Tank, you pitch your device to engineers, they ask questions and they determine which ones they think have potential for the future," said Kelley.

Stratford fifth grade students, Tucker Johnston and Caleb Varnadore, are working on a similar project. They're making a robotic hand for a friend who was born with a disability through a global project called Makeable.

"We had to find a person with his disease and then do something for that person to make life a little bit easier for him, and I chose Christian Collins," Johnston said.

"We took the measurements of how long his hand is, how wide his hand is, and how thick it is, and so then we use that information to make models of his hand in our software," said Varnadore.

They use 3D printers to create the robotic hand. Johnston and Varnadore say the best part is knowing they're helping people in need.

"They can't help that they were born like that, so why not do something for them," asked Johnston.

"If you can imagine it, you can make it," Varnadore said.

Because of this project, Stratford Academy is now able make prosthetic hands all over the nation through a global company called ENABLE.