People throughout Macon saw plenty of snapped branches and broken trunks after a storm rolled through the area. 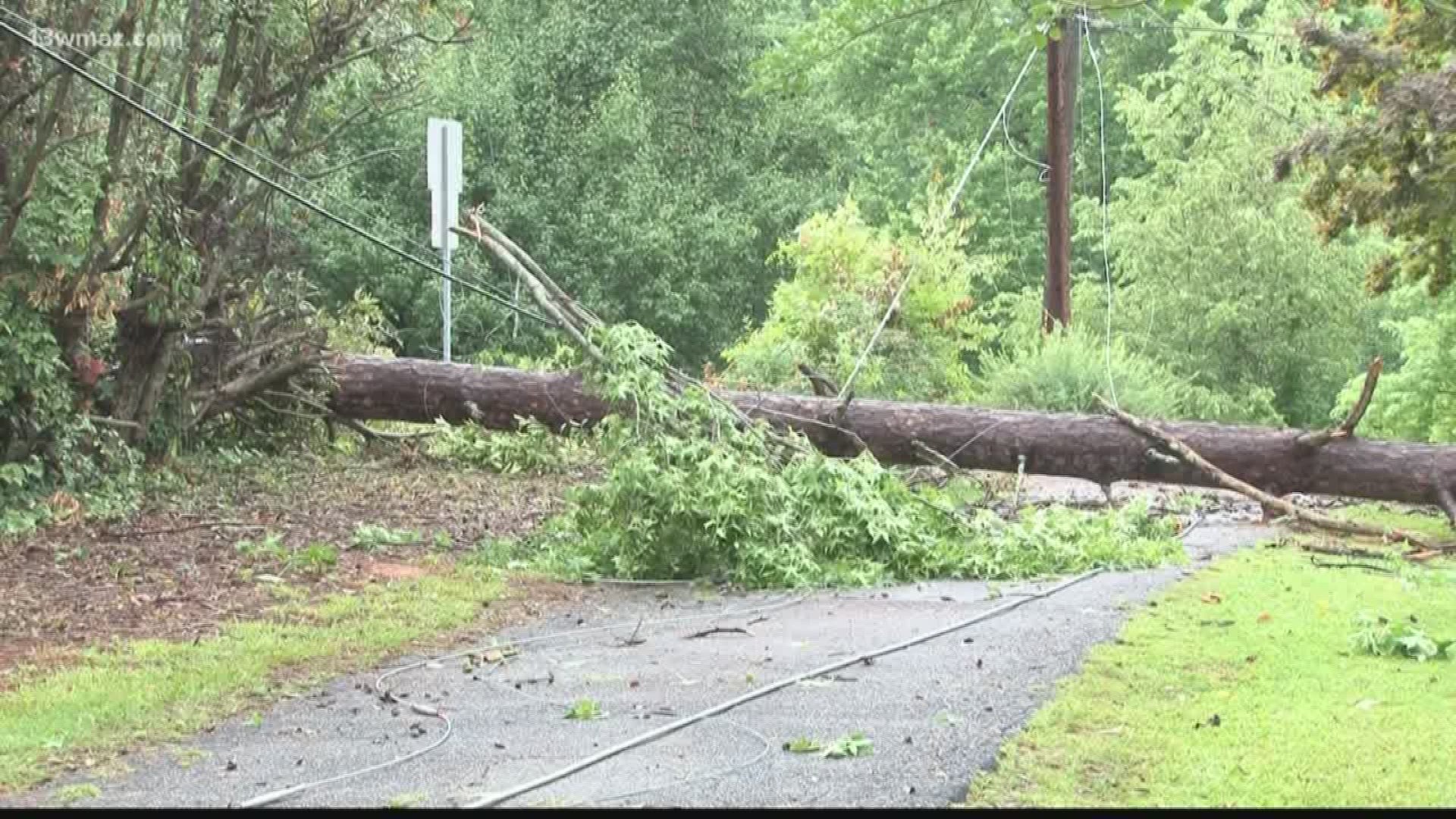 MACON, Ga. — Friday's storm swept through Central Georgia quickly and left lots of trees on the ground throughout Macon. 13WMAZ kept an eye out for severe weather in the area.

In west Macon, a large tree snapped at its base, covering half the road on Treybury Way and North Mumford Road.

The rain left the right of way muddy and drivers had to practice their patience to get by the roadway while sheriff's deputies looked on.

But it appears North Macon caught the worst of the damage..

A home at the corner of Vineville Avenue and Auburn Avenue had a large tree branch snap, covering most of their lawn.

It looked like the branch broke in two places.

On Alexandria Drive, deputies had to block the road after a tree took down power lines on Charles Kline's driveway.

"I heard the crash and the power went off, so when I stepped outside and looked out here, I saw the tree across my driveway," Kline said.

The tree fell around 5:30, when 13WMAZ spoke to Kline around 7 p.m. he didn't believe Georgia Power was going to have the lights back on by 8 p.m. like they promised.

"The young lady from Georgia Power said they'd have it restored by 8:00, but I don't think she understood the severity of the damage," Kline said.

He said dead trees were already a problem he and his neighbors were planning to address, before the tree fell across his lawn.

"Saw that theirs was dead this past week and said it might be a good idea to take it down, but apparently Mother Nature had plans," Kline said. "Let's look it at this way, they'll get theirs removed a lot cheaper than I'll get mine removed."

In the areas surrounding Macon-Bibb County, Georgia Power reports that a little more than 900 people were still without power around 11:00.