Wayne Johnson resigned from the U.S. Department of Education last week. Now, the Macon native is running for a Georgia Senate seat. 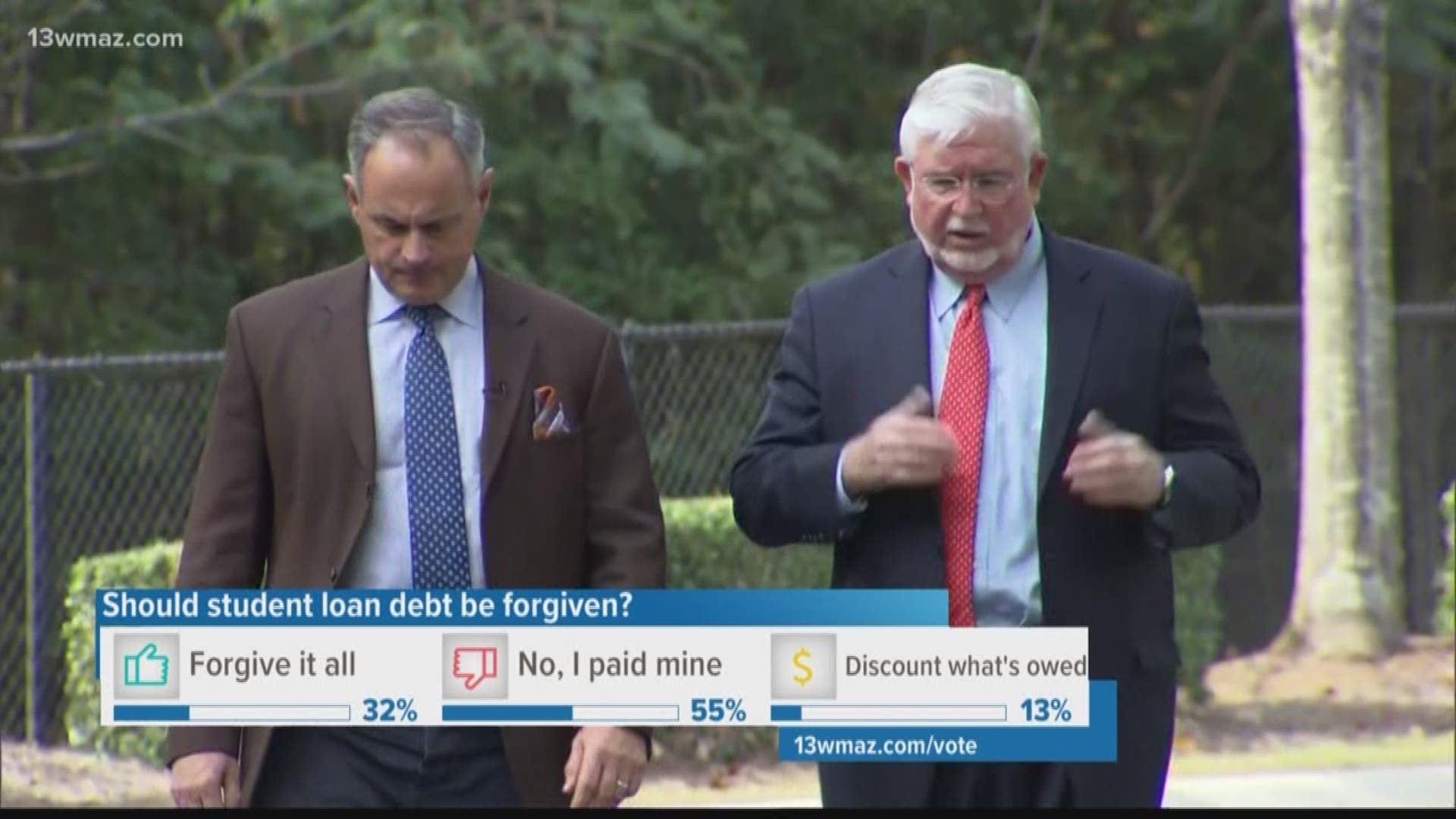 MACON, Ga. — Chances are you or someone you know is probably in student debt.

It's a growing issue across the country, and now, a Macon native wants to "wipe the slate clean."

Wayne Johnson resigned from the U.S. Department of Education last week after being in charge of the federal student aid program for two years.

"What I've learned about working in Washington D.C., is when you're in a high-profile job and you leave, everyone wants to know why you left," says Johnson.

Appointed by U.S. Education Secretary Betsy DeVos in 2017, the Macon native and Mercer graduate says he resigned after coming to this conclusion: most of the $1.4 trillion owed by more than 40 million Americans will probably never be repaid.

"The student loan program is currently, in its form, a broken system. It was an inappropriate experiment for the federal government to be in the direct lending business," says Johnson. "We need to go ahead and wipe the slate clean with regard to the amount of current federal loans."

Mercer sophomore Devin Dickinson is one of millions who will owe money when he graduates.

"They lure you in with a pretty big scholarship, or what seems like a big scholarship, but then, in reality, when you kind of compare it to your actual tuition and room and books, it's not everything that you expected it to be," says Dickinson.

Dickinson would benefit from Johnson's plan: give every student in the United States $50,000 to put towards education.

"Every person that graduates from high school would get a $50,000 lifetime earnings credit that they could use for vocational schools, training schools, a pursuit of normal-type academic programs," says Johnson.

And if you've already paid off your debt, Johnson says you'd be eligible for a $50,000 tax credit.

But who would pay for all of this?

"The net of it is I'm going to be asking for these corporations to make an investment in America that would equal one percent of their top line revenue," says Johnson.

According to Johnson, forgiving up to $50,000 for anyone with federal student loans would wipe out debt for 37 million Americans and over 1 million Georgians.

"A lot of students now are first-generation students that have come here to help put their families in better situations. It's just kind of unfortunate when you see them working hard to do that and then end up in even more debt," says Dickinson.

Johnson says he thinks the student-debt crisis can only be fixed with a "fully-dedicated United States senator working on it full-time," which is why he's running for Georgia Senate.

He's trying to gain republican support and earn Georgia Governor Brian Kemp's appointment by the end of the year.

That way, instead of overseeing a "broken" federal student aid system, Johnson says he can work on changing laws to "repair it."

RELATED: Student loans and repayment options: How not to get scammed!

RELATED: 5 ways to get your student loans forgiven