When President Trump announced canceling the program, the future was uncertain for many Central Georgia undocumented recipients. That changed on Thursday. 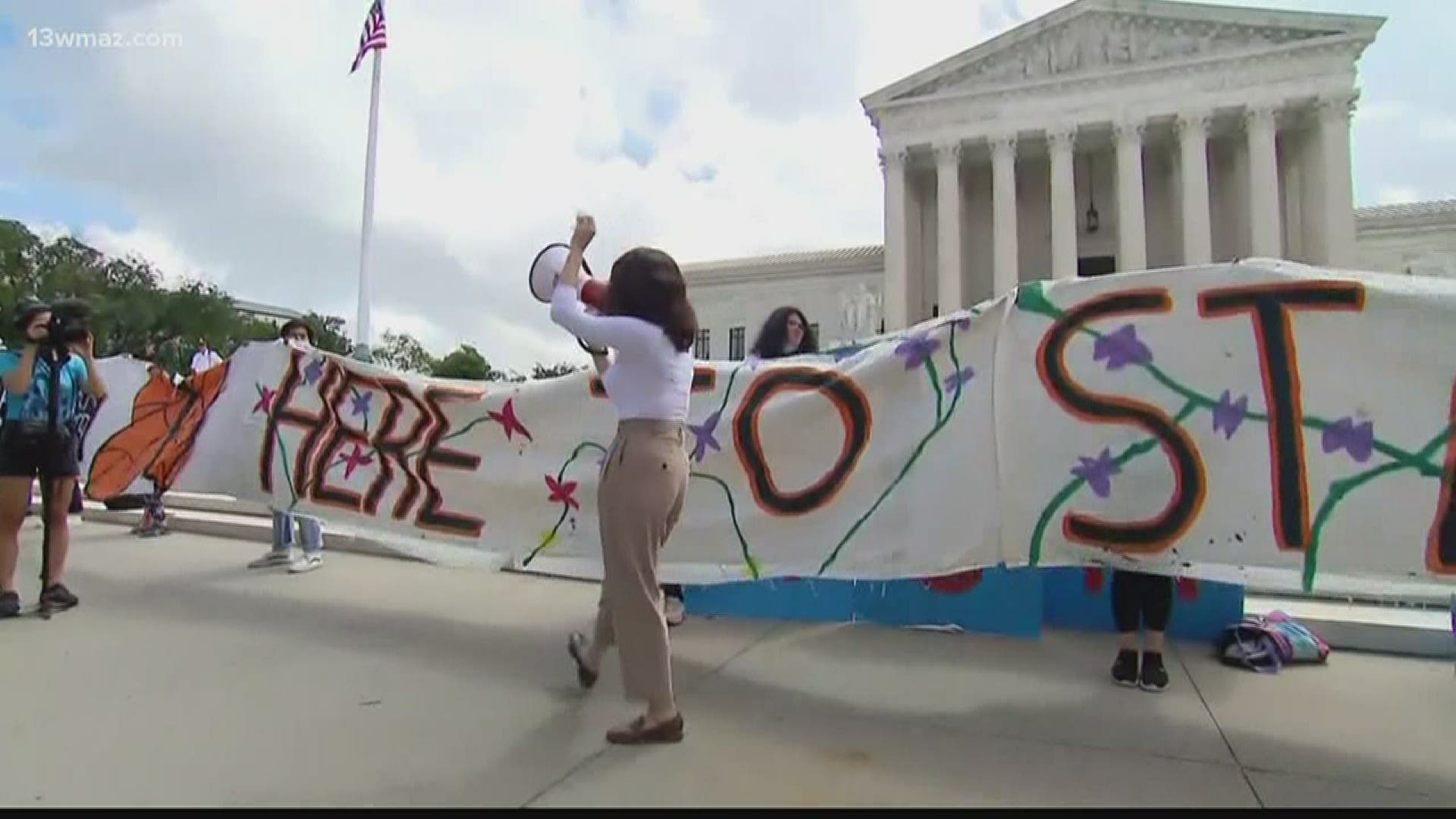 MACON, Ga. — When President Trump announced he would cancel the Deferred Action for Childhood Arrivals (DACA) program, the future became uncertain for undocumented recipients, including those in Central Georgia. On Thursday, some recipients say they received hope.

DACA allows people brought in the country illegally as children to receive a renewable two-year period of deferred action of deportation and become eligible for a work permit.

The Supreme Court ruled 5-4 to block the Trump Administration's actions to cancel DACA because of their failure to follow procedure.

"For the Supreme Court to say, 'No, that was wrong what they did,' and, 'We're here for you,' that says a lot," said Paloma Belasco, an undocumented immigrant who attends Wesleyan College.

Both Jessica Angeles and Paloma Velasco are "dreamers" and have attended college at Wesleyan College in Macon. Both immigrated to the United States when they were young children. In fact, Angeles doesn't even remember immigrating from Mexico because she was only 3 years old. Velasco was 5.

"I only know of Mexico from stories I hear from my parents or my family members," Angeles said.

Both excelled in school. Velasco explained how she was involved in sports, numerous school clubs, and ROTC in high school, but when she got to her senior year, she realized the limits for undocumented immigrants living in the United States -- particularly when she was interested in joining the military.

DACA allowed both Velasco and Angeles to go to school, work, and drive a car.  However, having DACA doesn't mean going to college is easy, and it's far from free.

"In the end, you have to sacrifice for good things, so here we are," Angeles said.

Hardship was added on when the Trump Administration announced they would end DACA.

"It just felt like the hard work was being taken away," Angeles said. "I kind of had faith something was going to happen, either a more permanent solution or just the renewal of the DACA."

Angeles says taking away DACA from undocumented students would be a loss to the United States, "Because a lot of us are very smart, very dedicated, and feel this love and passion for this country," Angeles said.

Some of the news Angeles was hoping for came on Thursday with a 5-4 ruling in the Supreme Court.  Velasco says this ruling has given hope for change. She says she's realized throughout this journey that you can't live in fear.

"I think the thought of DACA going away brought back that fear," Velasco said. "Even just speaking to you, when at first, when I was asked to speak, I paused. I just thought about it. I asked, 'Why am I pausing?' Because I'm afraid I'm exposing myself, fear of living undocumented, but that's not living at all."

With this ruling, Velasco says now she and others can put some of that fear behind them and focus on reaching their goals.

Thursday's decision doesn't mean the fight over whether or not to keep DACA is over. For now, the ruling protects DACA recipients. However, the Trump Administration could attempt to terminate the program again, but it would have to have a better grounding in policy based on the Supreme Court ruling on Thursday.

RELATED: What is DACA? | Answering 10 of the most-searched questions on the Supreme Court ruling