The shooting sparks protests and led to the resignation of Atlanta Police Chief Erika Shields. 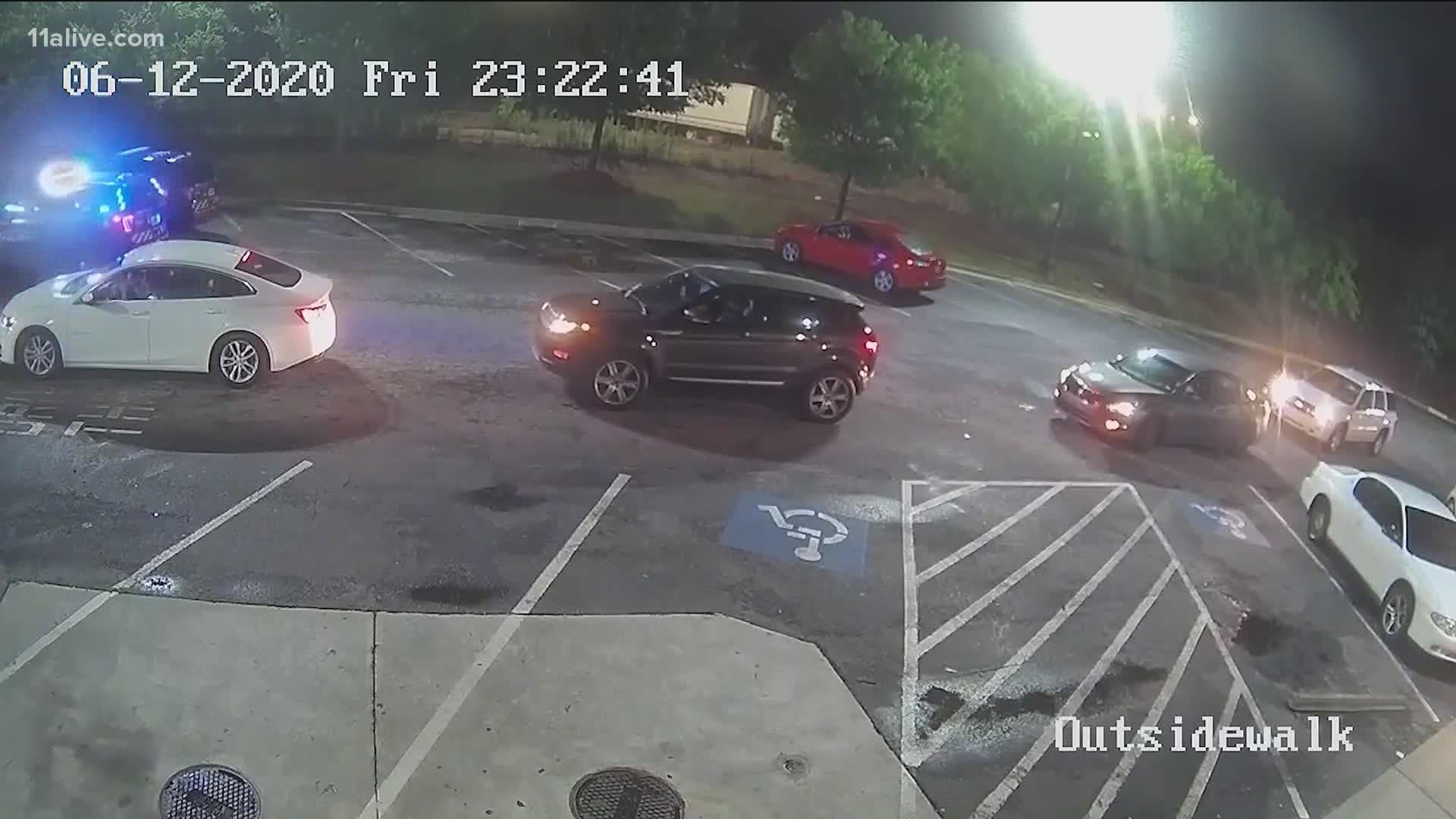 ATLANTA — Surveillance video shows the fatal shooting of Rayshard Brooks by an Atlanta police outside of a Wendy's drive-thru.

The shooting happened late Friday night in the parking lot of the fast-food restaurant on University Avenue.

The Georgia Bureau of Investigation said Brooks, 27, was shot by an officer after he pointed a police Taser at one of the officers as he was running away from them.

Brooks was taken to Grady Memorial Hospital where he later died, according to the GBI.

Police had been called to the scene after reports of a man asleep at the wheel in the Wendy's drive-thru. Officers said the man, later identified as Brooks, failed a field sobriety test. A struggle began when officers tried to take Brooks into custody.

RELATED: Man dies after being shot by Atlanta Police at Wendy's drive-thru

Witnesses said Brooks took one officer's Taser and began to run away. That's when he was shot.

The GBI released video from a Wendy's surveillance camera on Saturday afternoon.

"It does appear in the video that he is fleeing from the Atlanta police officers, and as he's fleeing, he turns back over his shoulder with, what appears to the naked eye to be this Taser that witnesses told us they saw that belonged to one of the officers and as he turned, one of the Atlanta officers reached down to get his service weapon, and as he gets his weapon, Mr. Brooks turns his body away from him -- I presume to flee," Reynolds said. "It looks like that's when the discharge happens."

Reynolds said the video will be digitally enhanced and turned over to the Fulton County District Attorney's Office for use in its investigation.

Witness also posted apparently cell phone from the video on social media prior to the release of the surveillance footage. Reynolds said

The shooting sparked protests at the scene, and led to the resignation of Atlanta Police Chief Erika Shields.

Late Saturday night, the Wendy's where the shooting took place was seen engulfed in flames after protesters shut down all lanes of Interstate 75/85.

1 / 18
AP
A person looks back as officials move closer during protests Saturday, June 13, 2020, near the Atlanta Wendy's where Rayshard Brooks was shot and killed by police Friday evening following a struggle in the restaurant's drive-thru line in Atlanta. (AP Photo/Brynn Anderson)

Atlanta police chief stepping down, mayor calls for officer in Atlanta shooting to be fired

Cousin of Rayshard Brooks: 'I thought this city was better than that'