Fatal shooting of Alamo police officer was in retaliation for arrest, GBI says

Officials say the ambush-style attack on Officer Harrison was in retaliation for arresting one of the shooting suspect's acquaintances earlier in the night. 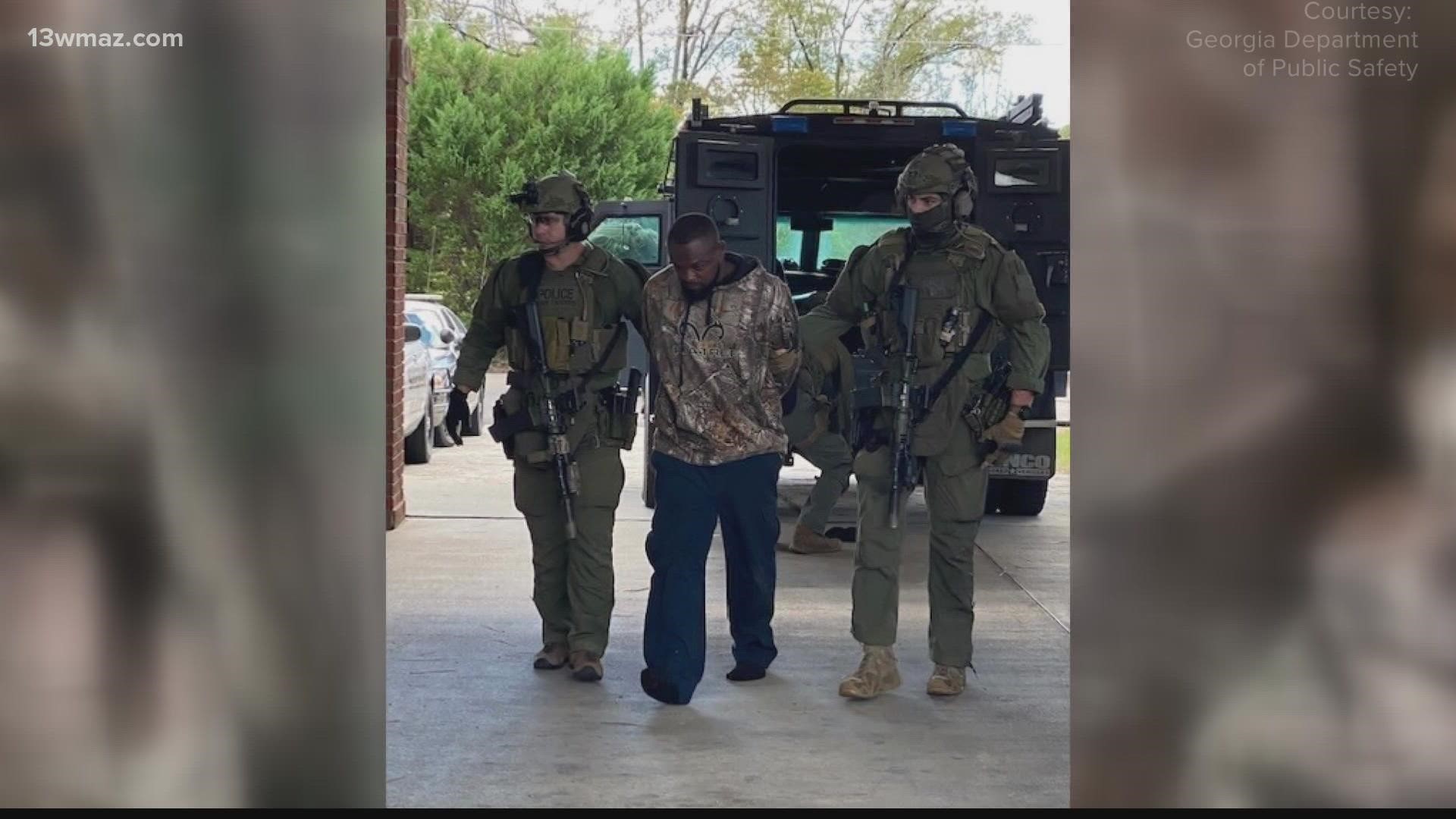 WHEELER COUNTY, Ga. — A man is in custody on Sunday after allegedly shooting and killing a Central Georgia police officer.

43-year-old Damien Ferguson was arrested at 2:30 p.m. Sunday at his home in connection with the death of Alamo Police Officer Dylan Harrison, according to Natalie Ammons with the GBI.

She says he was taken into custody by the Georgia state SWAT team and US Marshals Southeastern Regional Fugitive Task Force.

She says Officer Harrison stopped a driver for a traffic violation in the parking lot of the Circle K across the street from the police station. He then tased the driver after they would not comply, and that driver was arrested and taken to the Wheeler County jail.

Wilkes says the person who was arrested after the traffic stop is a known acquaintance of Ferguson and they believe Harrison's shooting death was retaliation for the arrest.

Ferguson is currently being held at the Laurens County jail where he is charged with murder and aggravated stalking from a previous domestic incident.

"As a police chief of Alamo, Georgia, I have never experienced a grief that I have felt since Officer Dylan Harrison’s life was taken in our small, quiet town. Officer Harrison was a husband, a son, and more importantly the father of a 6-month-old boy. His life was taken from him for simply doing his job. Despite the sadness that we have endured, I have found a sense of pride in seeing everyone pull together to right this tragic wrong," said Alamo Police Chief Karen Zanders.

Pedestrian Identified after being hit by car in Macon County