T-shirts cause controversy in Dodge County

Boosters from the Dodge Co. High School's cheerleading team stopped selling these shirts after backlash from the community. 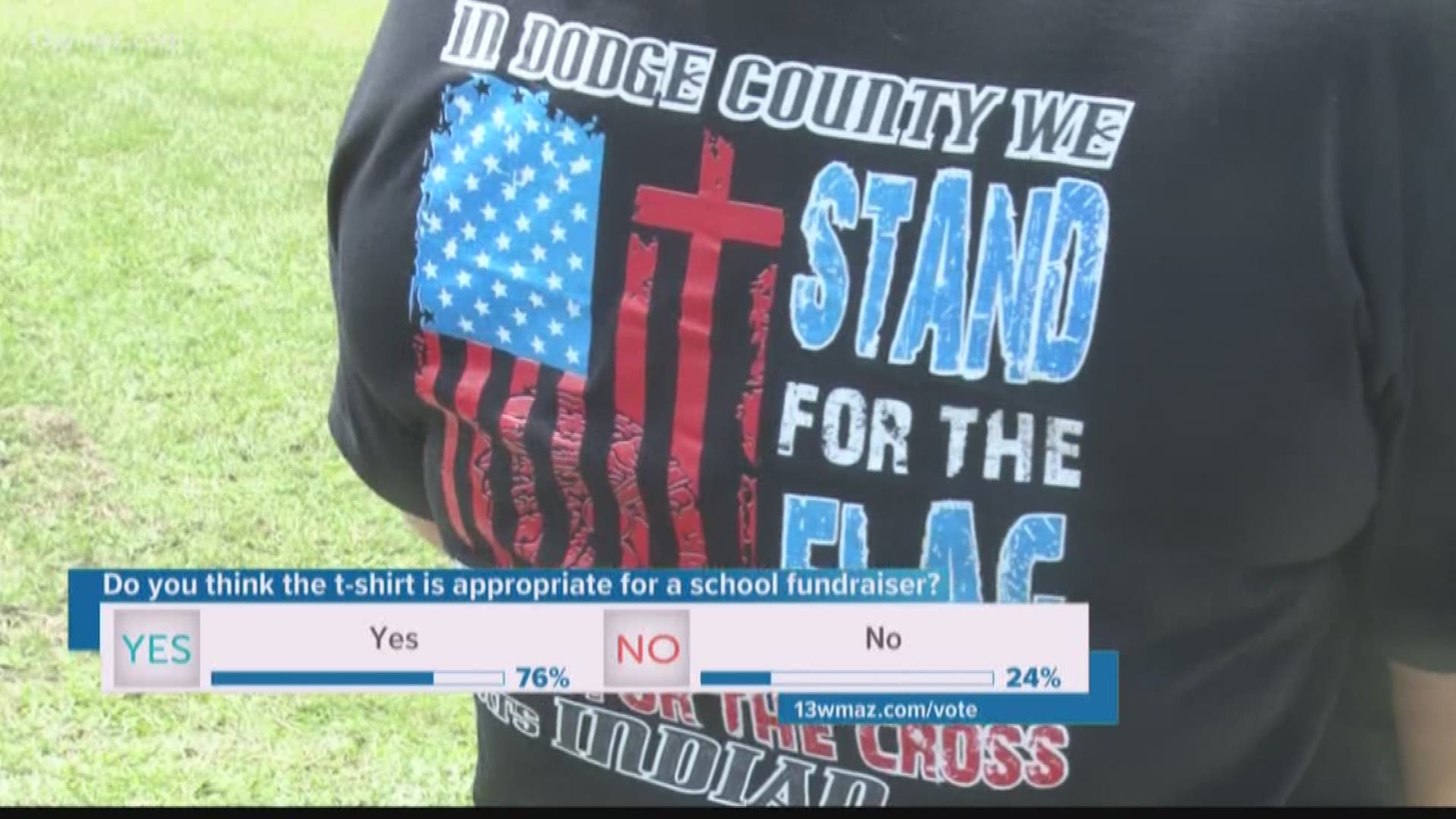 T-shirts with the message, "In Dodge County, we stand for the flag, kneel for the cross. That's Indian Pride," caused controversy in the community.

But for Bill Tripp, it resonates with his family.

Since the NFL protesters kneeling during the Pledge of Allegiance, some think the shirt has racist implications.

Eastman local Deneen McLeod says how others may see the shirts.

"It stands for the hurt of black people getting killed, beat by police officers and getting off with it. So therefore, we as black people, some of us have taken that, to us, that's what it looks like," McLeod said.

The shirts were sold by the booster of Dodge County High School's cheerleading team to raise money.

Board Member Shirley Ikedionwu expressed her concerns over Facebook.

Since then, the shirts are no longer for sale at the school, but White Hat Auto manager Nikki Mullis sells them out of her shop.

"There's no violation of anything right now. As long as it's not vulgar or obscene, they're within the dress code policy," Ward said.

Ward will address the shirts if they become a problem within the schools.