It was supposed to begin on Monday, April 1 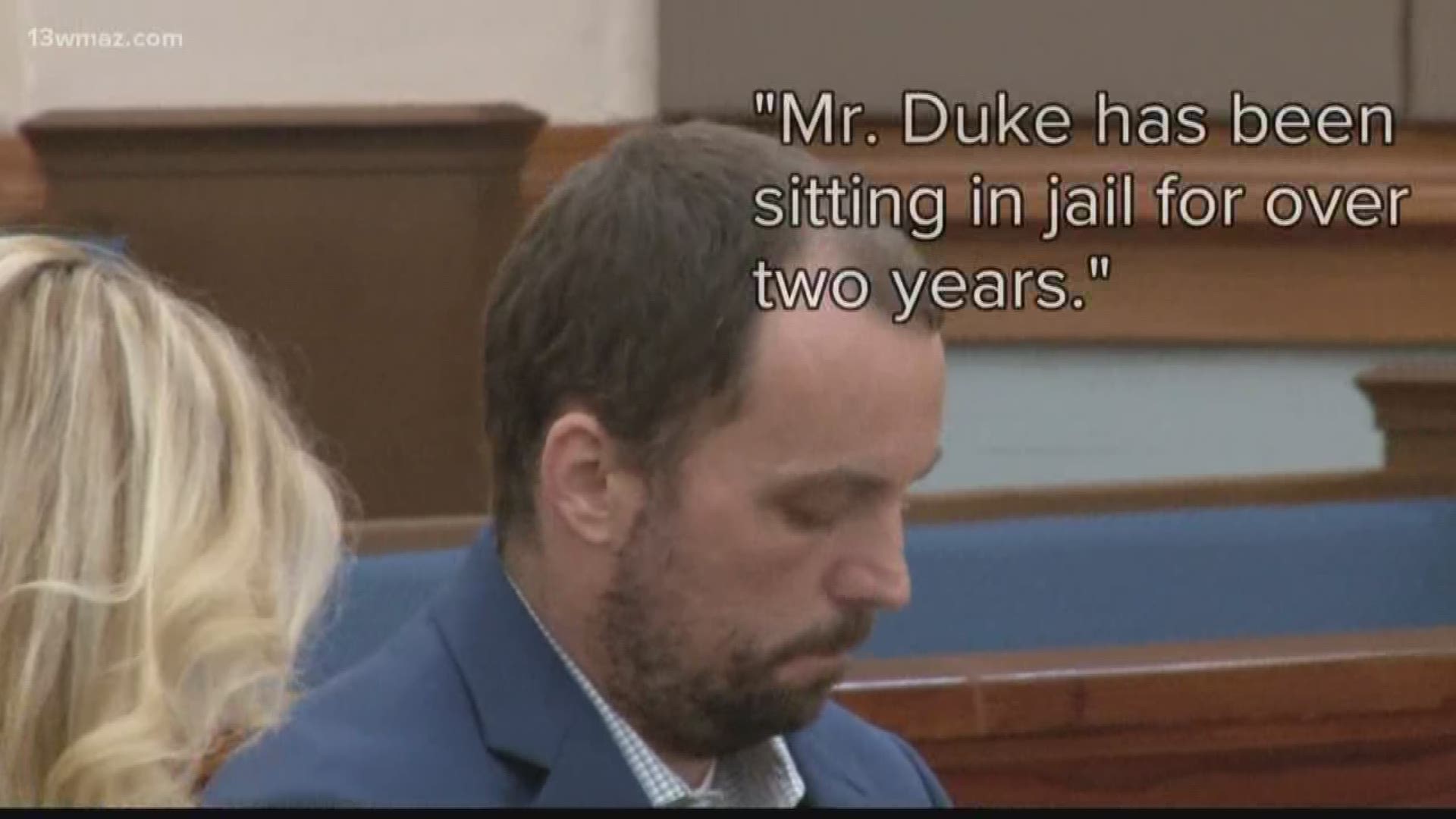 MACON, Ga. — The Georgia Supreme Court announced Thursday that it granted a delay in the trial of Ryan Duke.

Duke’s trial for the 2005 murder of Tara Grinstead was slated to begin April 1, but his defense filed an emergency motion earlier this week to the state’s high court for a delay.

When the Georgia Supreme Court made a decision on Thursday afternoon, the prosecution and defense were in a hearing with Irwin County Superior Court Judge, Bill Reinhardt.

The two sides were arguing about whether Jude Reinhardt still had any authority over the case.

“This young lady has been missing for 14 years.Mr. Dukes has been sitting in jail for over two years. We set our trial date last year. Everyone knew we were going April 1st," said Judge Reinhardt in reference to the emergency appeal.

“Well nobody wants to do this case only one time more than me," said Reinhardt.

During a brief recess, the State Court released their decision to halt Duke’s trial until they can hear arguments over the defense's appeal for the state to pay for expert witnesses or investigators.

Merchant argues that even though she and her husband are representing Duke for free, the state should still provide funds for an investigator.

“Just because he has pro bono lawyers does not mean that he isn’t entitled to funds for expert witnesses. The state has experts and we’re entitled to those as well. And so the issue has been, who pays for that," said Merchant.

Judge Reinhardt previously denied the defense’s request twice, saying that even though he is indigent, Duke forfeited his rights to state funds when he hired private counsel—rather than a public defender.

“We think that would deprive Ryan of a constitutional trial... due process during the trial," said Merchant.

According to Merchant, this is the first time this specific argument has ever been made in the state

“We think that it needs to be considered and ruled on pre-trial," said Merchant.

Judge Reinhardt says there will be no further action in the case until the state supreme court hears the arguments on May 7th.

District Attorney, Paul Bowden, estimates the trial could be re-set for August.

Full and complete coverage of Dukes' trial is below:

RELATED: 'It's stuff you can't even tell a therapist:' GBI interview footage of Bo Dukes shown at trial