On Tuesday, the high court listened to arguments about whether or not they even have the authority to hear Ryan Duke's appeal. 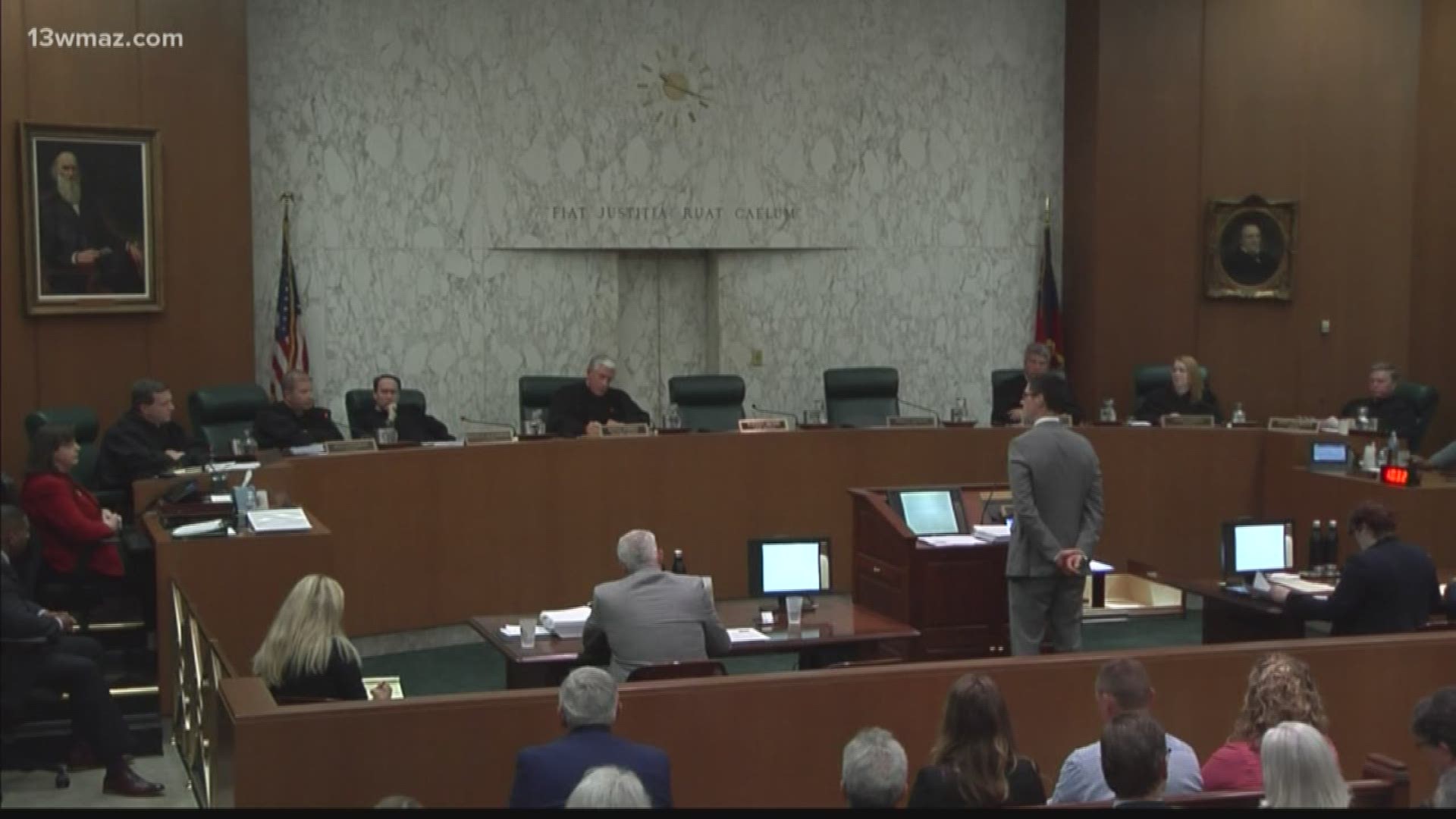 ATLANTA — The case against Tara Grinstead's accused killer went before the Georgia Supreme Court Tuesday. The issue was a procedural question over whether Ryan Duke's lawyers can appeal a judge's pretrial ruling.

It all stems from Duke's request for the state to pay for expert defense witnesses and investigators. After Irwin County judge Bill Reinhardt turned them down twice, the defense appealed it to the Georgia Supreme Court.

But Tuesday, the court didn't hear arguments about the funding. Instead, they heard arguments over whether they even have the authority to hear the appeal.

Basically, the defense wants the Georgia Supreme Court to hear the appeal, even though the trial judge, Reinhardt, hasn't signed a "certificate of immediate review." Usually, that's required before the court hears what they call a "matter of first impression," or issues that have never been ruled on before.

Prosecutors say the defense is making an "end run" around the trial judge and bypassing the appeal process set under state law.

On Tuesday, the hearing ended with Justice Keith Blackwell suggesting the defense go back and discuss the issue with Judge Reinhardt.

Justice Blackwell: "Is it too late for the parties to sit down with the trial judge and ask the trial judge to consider vacating his order, re-entering it, and then maybe entering a certificate of immediate review to get this issue definitively resolved before trial?"

Defense (John Gibbs): "Your honor, I do believe so. I believe there was a lot of stuff going on at the time that we presented this. We were right on the eve of trial. We tried to get this together as quickly as possible. I believe that with guidance from this court, I believe we would be able to do that."

Duke's lawyers say that Reinhardt's denial for state-funded witnesses and investigators threatens their client's right to a fair trial.

Prosecutor JD Hart says the court could take weeks or months to send down a decision.

RELATED: TIMELINE: What's happened in the Tara Grinstead case since 2005