Back in 2014, Southern Power announced the construction of hundreds of acres of solar panels in Taylor County. Three years later, the county will soon see some returns. 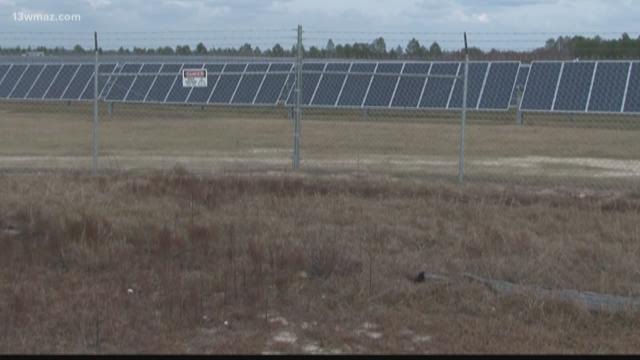 We use electricity every day, but you might not think about where it comes from.

Back in 2014, Southern Power announced the construction of hundreds of acres of solar panels in Taylor County.

Three years later, the county will soon see some returns.

“It’s sandy land. You can’t really grow anything and pine trees take too long to mature, so it’s the best thing we could do with it,” Mike Watson said.

Watson leased 115 acres to Southern Power a couple of years ago. Now, his land is covered with solar panels.

He isn’t the only one getting paid.

According to Southern Power, they have more than 2,500 acres of land covered in solar panels. That’s spread across four different farms. Construction for those facilities began between June and September of 2016.

“It's been a pretty good while coming, and some people say, 'When’s the money coming?'” Taylor County Development Authority Chairmen David McLeighton said. “Of course, the tax years, the way they are set up, it could be almost 2 years before you get something. If it’s not on the ground running January 1, then you can’t tax for that year.”

To entice Southern Power to Taylor County, the Development Authority set up pilot payments, or payments in lieu of taxes.

That means the development authority owns the project for the next 10 years, then Southern Power will become owner and they will pay taxes as assessed.

“It's been projected that we'll totally get somewhere in the $1 million range a year for the next 10 years,” McLeighton said.

They expect the first payments later this month. He says that amount can change depending on how much power is generated. That approximately $1 million is split 5 ways.

McLeighton admits the farms haven't brought many full-time jobs, but sees the revenue they create as a way to recruit new industry and have a stronger school system

“We’re seeing land being used for something we never dreamed of and never thought of,” McLeighton said.

So the people of Taylor County see two benefits -- revenue for public services and power to their homes.

“It takes a lot of the land that is not being used, usable for a lot of reason and makes it into something productive,” Watson said.

According to Southern Power the four farms can currently power 62,000 homes.