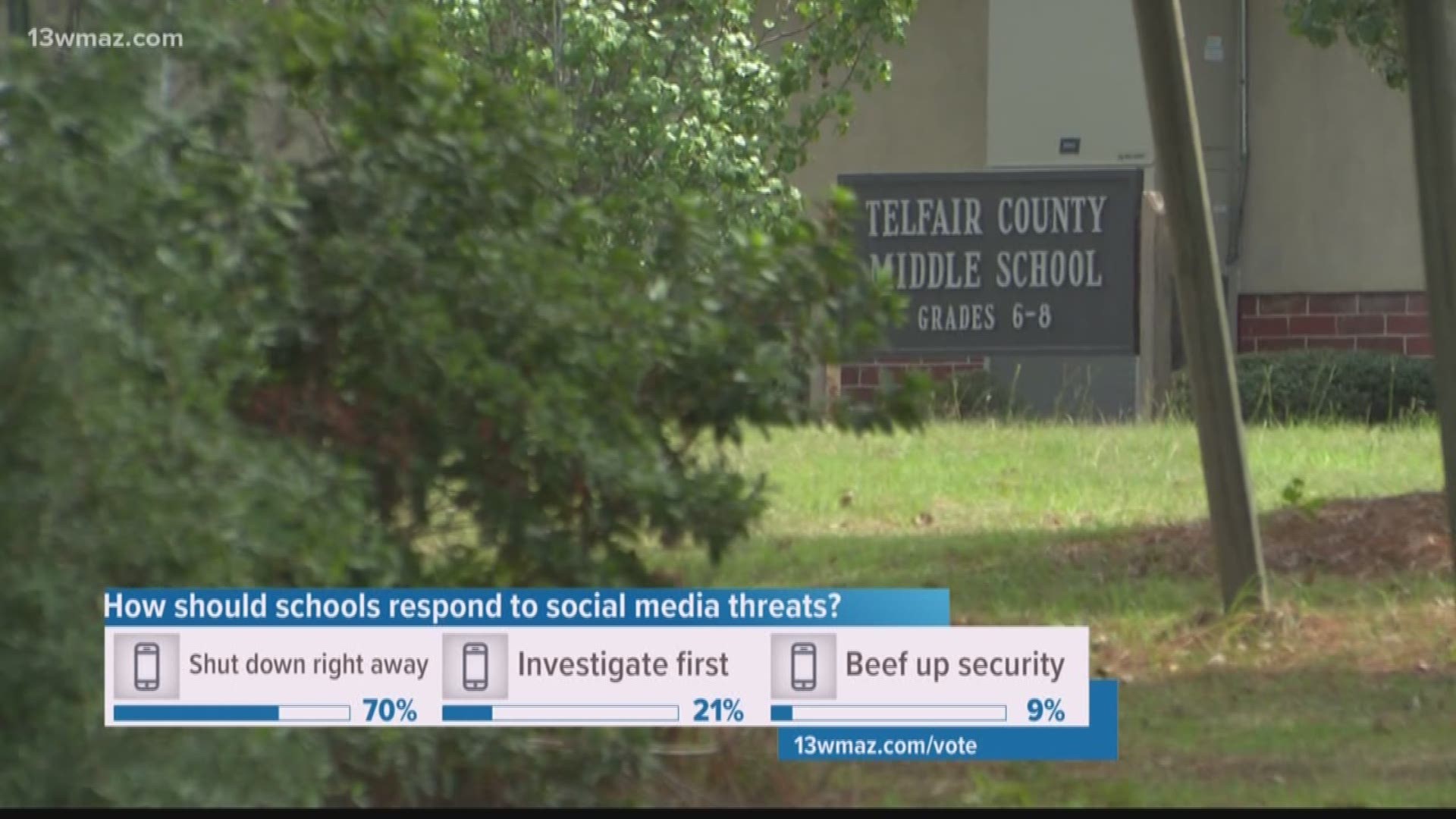 TELFAIR COUNTY, Ga. — UPDATE: Families reacted to the shutdown after the 6th grader was detained.

"I was a little disturbed because I never thought in a little small town something like that would never happen," she said.

Sheila Herrington has grandkids in the school system.

She says she's happy with district leaders' and law enforcement's response to the threat, but the ordeal makes her think of other schools around the country, in places like Parkland and Sandy Hook, where tragedy struck.

"I think about these other schools and the parents and grandparents that lost children," she said. "I mean, it's scary."

With that in mind, McRae-Helena Police Chief Glenn Giles had a message for Telfair County parents.

"Talk to your children," he said. "Make sure that they understand that his is no joking matter. There's no room for any kind of joking about anything like this."

Giles said school would be back in session Monday. The school district's website confirms that.

UPDATE: A post from the McRae-Helena Police Department says the 6th grader was detained and is being held at the Regional Youth Detention Center until a hearing is held.

The unnamed juvenile is charged with terroristic threats and transmitting a false alarm, both felonies, and disruption of a public school.

Telfair County Schools are closed Friday due to a social media post about someone 'shooting up' the middle school.

Sheriff Chris Steverson says the GBI and McRae Police are talking to a sixth grader who made the post.

He says the post read, "My uncle shooting Telfair Middle school up tomorrow."

A teacher noticed the post and notified a principal who passed it along to law enforcement, the sheriff says.

"I don't think it was anything credible," said Steverson. "It seems like a poorly done joke."

On Facebook, the school district posted overnight, "Due to a social media threat that is being actively investigated, school will be canceled for all students and staff tomorrow, Friday, September 13, 2019 in the interest of student and staff safety. School will resume a regular schedule on Monday, September 16, 2019."