McIver faces murder, felony murder, aggravated assault with a deadly weapon, possession of a firearm during a felony and three counts of influencing witnesses related to the case. 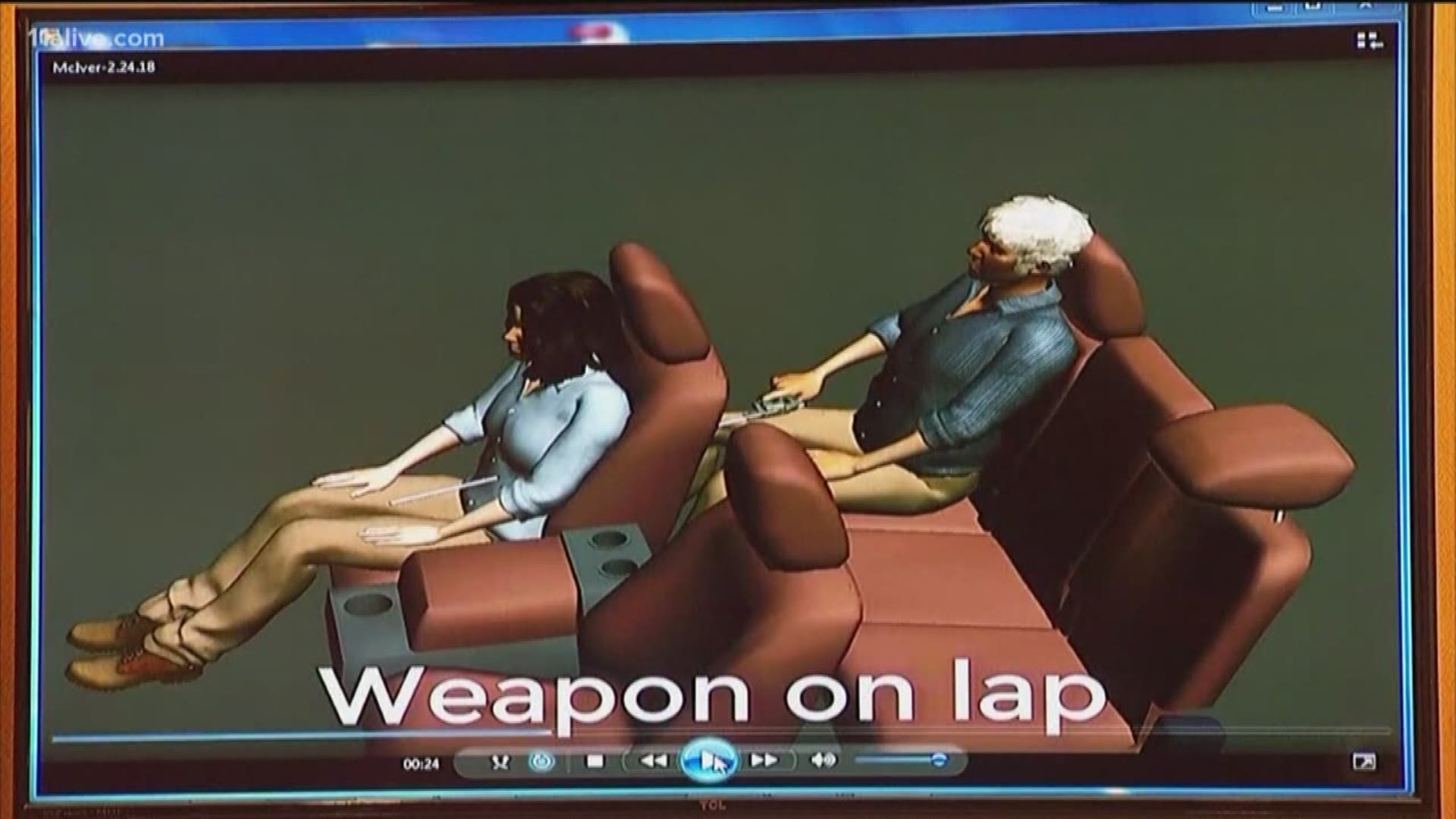 FULTON COUNTY, Ga. — The gun Diane McIver was killed with took center stage in the murder trial of her husband during Day 13 of the Tex McIver murder trial.

McIver is accused of intentionally killing his wife, Diane, with a loaded handgun while riding in the backseat of his SUV on Sept. 25, 2016. She died after being Tex said the gun fired on its own, shooting Diane through the front passenger's seat of an SUV. He claims that the shooting was "a horrible accident."

During court proceedings, Thursday, jurors heard a Georgia Bureau of Investigator expert testify the gun was a double-action weapon, meaning it has to be cocked and the trigger pulled in order for it to fire. If the weapon isn't cocked, the expert said, the shooter needs to exert 12 pounds of force to fire it.

Prosecutors asked the judge if jurors could hold the gun and pull the trigger to seen how much force is needed, but the judge declined.

A Georgia Bureau of Investigator expert, however, demonstrated from the witness stand.

"I would have to pull the trigger all the way, so about to there is as far as I can stage it without the hammer falling," GBI firearm expert Zachary Weitzel testified while demonstrating. "But, it would have to travel this same distance to fire."

Prosecutors continued, asking Weitzel whether the weapon could be fired by hitting a bump, which was one of McIver's earliest accounts of the shooting. While he said no, saying someone had to actually pull the trigger, he did agree that the gun could have been fired unintentionally if the person holding it is startled.

Catch up on daily recaps of the trial, here.