Digital anchor Brandi Smith caught up with Russell Cassevah as he delivering LEGOs to hospitals all over the country. 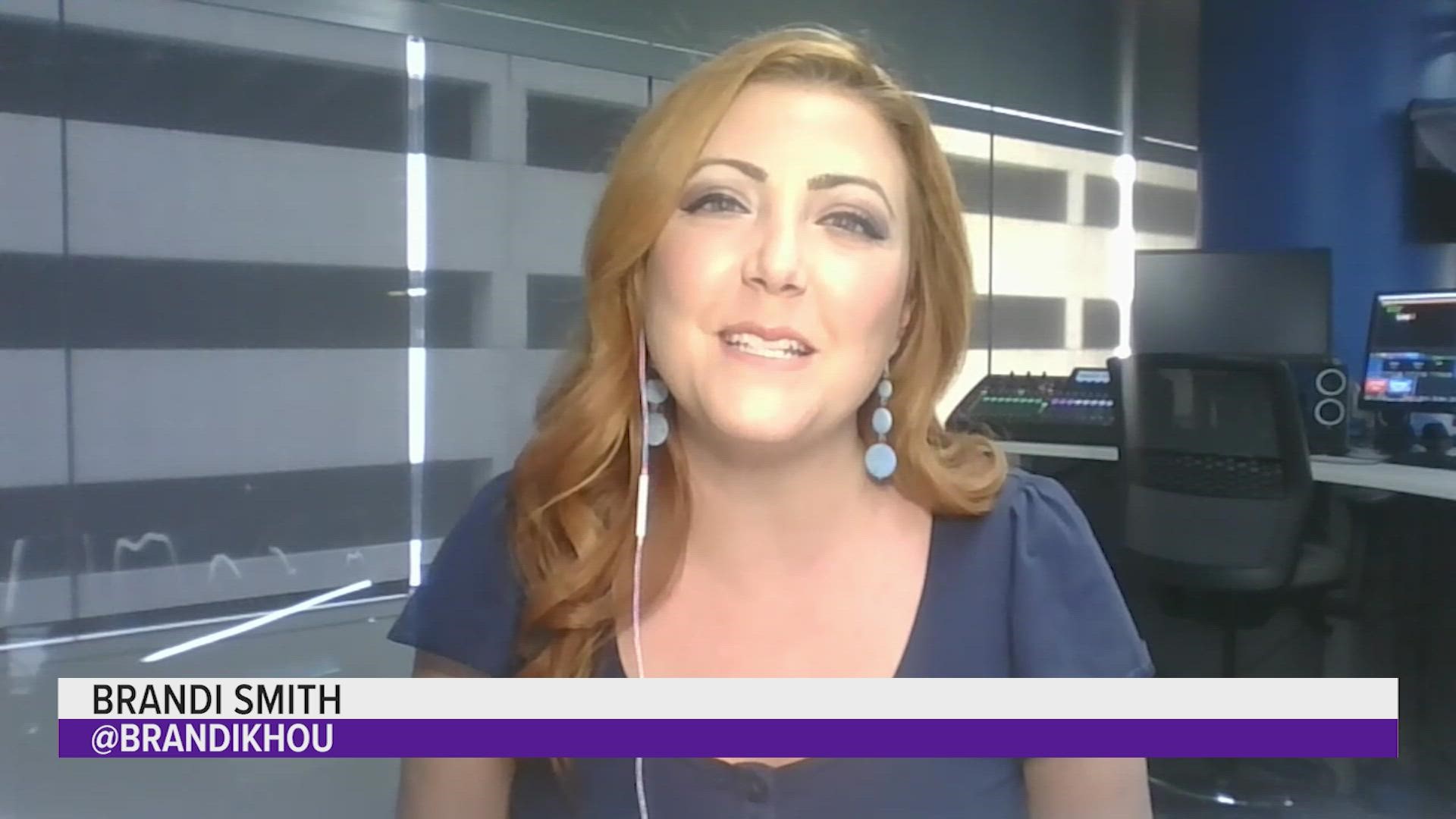 HOUSTON — One of those universal experiences we all share -- at least most of us -- is the excruciating pain of stepping on a LEGO barefoot. Imagine doing it on purpose. Russell Cassevah has multiple times, setting world records in the process.

Digital anchor Brandi Smith caught up with him as he embarks on a new mission: delivering LEGOs to hospitals all over the country.

Brandi: Where are you right now?

Russell: I just cross the state line into Ohio. I'm actually at a truck stop right now. We parked the RV. I'm in the RV that we're taking all across the nation, and was so happy we got a good internet connection so I can talk to all of you guys.

Brandi: A couple things I noticed behind you when you just you're there, you've got your world records and what looks like a roomful of LEGOs.

Russell: It is a roomful. You have very good eye. So I do, I've got my three world records for walking across LEGO bricks barefoot. And we just broke one a few months ago, actually our group one.

Just to the left of that is all of the Legos that used to be a bedroom. There was a bed in there at one time. So we took it out so we could fit all of that in there. Over $40,000 worth of LEGOs in the back of an RV.

Brandi: What is the plan for these LEGOs?

Russell: So all of these LEGO sets are coming with me all across the nation. I run a nonprofit called Little Bricks Charity, and we donate LEGO sets to children's hospitals to put huge smiles on kids who truly need it when they need it the most.

I've teamed up with 13 amazing TikTok creators and we're traveling the nation hitting up their hometown hospitals. We're coming to Houston. Four of those boxes back there are going to end up at Houston, plus whatever Houston comes out and donates at the Walmart we're meeting up that will add those to that donation as well.

Brandi: Where can people find that information about about the meetup for Houston? On your website?

Russell: Yeah, absolutely, you can head over to LittleBricksCharity.org and click on the hospital tour link.

I would say give me a follow on TikTok @littlebrickscharityguy, where I am documenting the entire process, posting up some really fun videos, really informative videos, and just sharing the whole entire journey.

Brandi: That's where I found you! Someone actually tagged me in one of your videos and said, "This guy needs some coverage." So here we are.

I want to go back to your world records because, as a parent, I've done my share of stepping on LEGOs barefoot. And I don't know that there's another pain that rivals that. I mean, I gave birth to two children and the LEGOos are right up there. What got you started on that?

Russell: Yeah, the pain is no joke. So it all started three years ago when a nonprofit that has inspired me to do what I do called Fairy Bricks over in the UK, they had over 1,700 LEGO sets stolen from a delivery van just before Christmas time. When that happened, I was running a LEGO channel at the time on Facebook with my 4-year-old daughter. She said, "Daddy, we need to do something." And she came up with the idea of setting the first world record.

It started this like ball of just epicness. A few weeks after I broke it, Dude Perfect took my record. And then another couple weeks, LEGO took theirs. And then at Philly Brick Fest in 2018, I took it back with the whole LEGO community behind me. Just a few months ago, some of the people who have taken my record since they helped me get my third world record. We teamed up and that one I tore a tendon and I pinched a nerve. So yeah, the pain is 100% legit.

Brandi: How do you mentally prepare yourself for that and then actually physically do it?

Russell: Yeah, it's one of those things where you just have to not think about it, right? There is no real mental preparation for myself. I know some of my counterparts on the last world record, they kind of sat there and were kind of getting themselves pumped up and I'm like, "I just need to go and just try not to focus on the pain." You know that mind over matter as you're walking across.

Brandi: I feel like you've gotta have applied some of that to what you're doing right now because you showed us the bedroom full of LEGOs, which means you are not sleeping in there.

Russell: Unfortunately, no. When we found this amazing RV, the person sent me pictures, she's like, "You're gonna be so comfortable in this bed." And when we got it, I was like, "I was going to be so comfortable in that bed." Because you're right. I'm actually sleeping right behind you guys above the cab in a little bunk that's up here. So far I've woken up every single morning and it's been like 40 degrees in my camper. So it is truly camping out.

Brandi: I have to ask about the hairstyle. It is unique.

Russell: Yes, I think that's the best word to describe. It is something very personal to me and something that I'll rock 'till the day I die.

Every single month, I actually dye it a different color. We do that to bring awareness to a different childhood disease. Last month, it was yellow for Childhood Cancer Awareness. This month, it's pink for an amazing young girl and family and for all of the other children just like her, named Jocelyn, who is actually one of the young kids that we're donating LEGO in Utah for a memorial of. She just passed away a few weeks ago.

I'm rocking pink so every time someone asks me, I get to tell everyone how epic she was, how amazing her family is. And it's what's it's what's so amazing about the people we help. They all are such a tight-knit community and they all want to help her family.

Just a couple months ago raised over $77,000 for childhood cancer research in less than 24 hours. It was through TikTok.

Jocelyn was one of the first children that we sent LEGO to. And ever since then her and her family have been such an inspiration to myself and millions of other people. It's one of the reasons why I am dedicating this drop off in Utah at her home hospital. I really feel like the universe wanted us to do this and knew that this was in the pipelines. We were supposed to be delivering to California and due to COVID restrictions, they had to back out. Last minute, we had to find a hospital and come to find out Primary Children's Hospital in Utah was like, "Yeah, we'd love to," and I was like, "Oh my gosh. This is Jocelyn's hospital." So it just felt like fate.

They, along with Texas Children's Hospital and all of these others, every single one has got a kid in there just like Jocelyn that's inspiring millions of people that is battling every single day. And that really, really needs to smile.

If our LEGO sets give them an hour or a day or three days of play and smiles, I feel like that's worth every single dollar going in the gas tank of this RV, every sleepless night up on this bunk. I do it 1000 times over for these kids.

Brandi: So how can we help?

Russell: Showing support is hands down, the coolest thing everybody can do. Give me a follow over on TikTok, share those videos out, let the whole entire world see him.

But really, this is more than just a trip. This is what we do at Little Bricks Charity. I've dedicated my life to helping these kids. They really, really need all of our support.

Donations are amazing. You can find PayPal, Venmo, CashApp and credit card available through our website and through our social media. We're 501c3, so it's all tax-deductible. What we do, we can't do without the support of what we call the Little Bricks Nation.

For more, watch Brandi's full interview with Russell in the video above. Or click here to learn more about Little Bricks Charity. 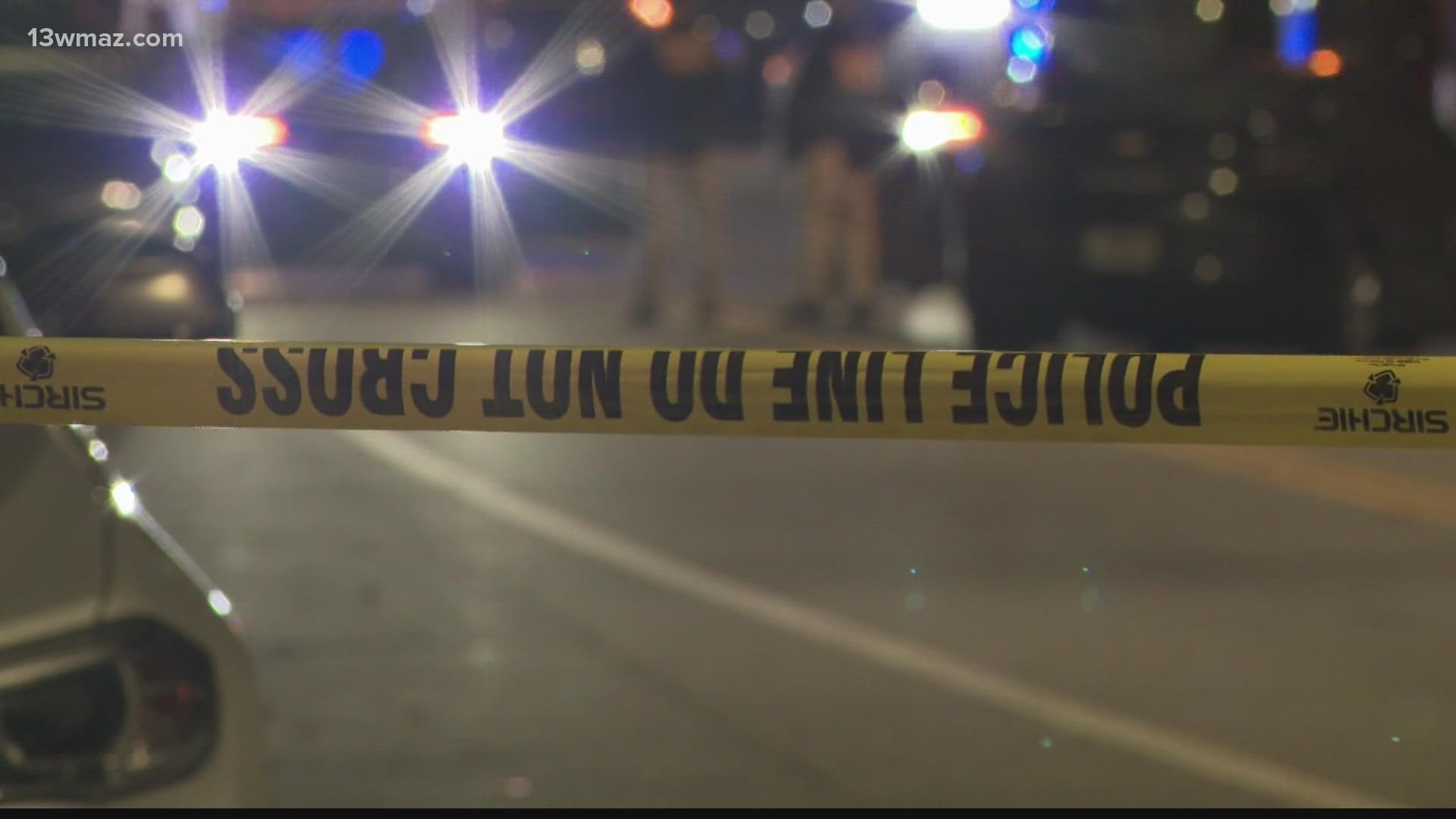