The lawsuit filed against the drivers, insurance and trucking companies totals to $300 million. 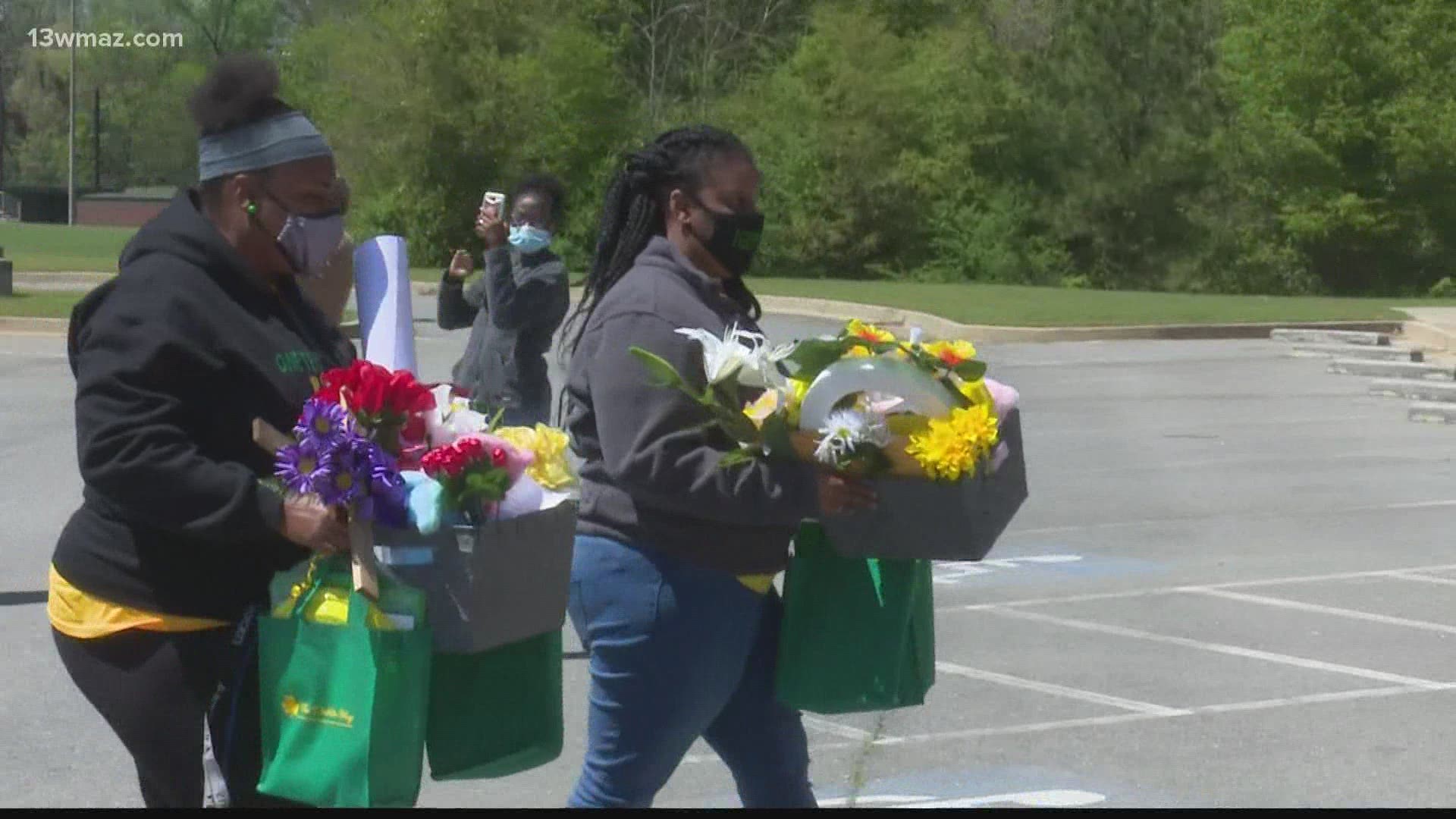 DUBLIN, Ga. — On Friday, family, friends and school leaders gathered to celebrate what would have been Jaroy Stuckey's birthday.

Stuckey, his pregnant wife and son were killed in a car accident in March along I-16.

For the first time, Stuckey's mom and her attorney took questions on the million-dollar lawsuit they filed against the trucking company and others.

"I want to also take this moment to say thank you for your overwhelming love and support over the past three weeks," Stuckey's mom Anita Foreman said.

In celebrating Stuckey's birthday, his mom spoke on the basketball court named in his honor.

"Though my heart is broken, it is my prayer that my presence today, along with my son's legacy on his birthday, will bring strength and comfort," Foreman said.

Students released balloons to celebrate and the City of Dublin Youth Council announced a scholarship in Stuckey's name.

"We believe that the defendants that we have sued are responsible for the untimely death of Dr. Stuckey and the wiping out of two generations," Rankin said.

The lawsuit argues that the tractor-trailer, whose driver was impaired, asleep or distracted by his cell phone, hit the family's car. It says that's what pushed their car into another tractor-trailer, which caused a diesel explosion.

The drivers, insurance and trucking companies are all named in the lawsuit.

"We believe that it is important that we get this in front of the court system so justice can be served. There is no reason to delay this process, this family has grieved, and they are dealing with a great loss, so we wanted to make sure we are doing our part in seeking swift justice," Rankin said.

Rankin says they are hopeful they can have this case in front of a jury within the next year.

RELATED: Dangers of tobacco could be taught to students grades K-12