'You’re going to get caught': Thanksgiving weekend is one of the most dangerous periods of the year for driving

The National Safety Council says about 515 people may die on roads across the country this Thanksgiving holiday, the highest estimate since 2007. 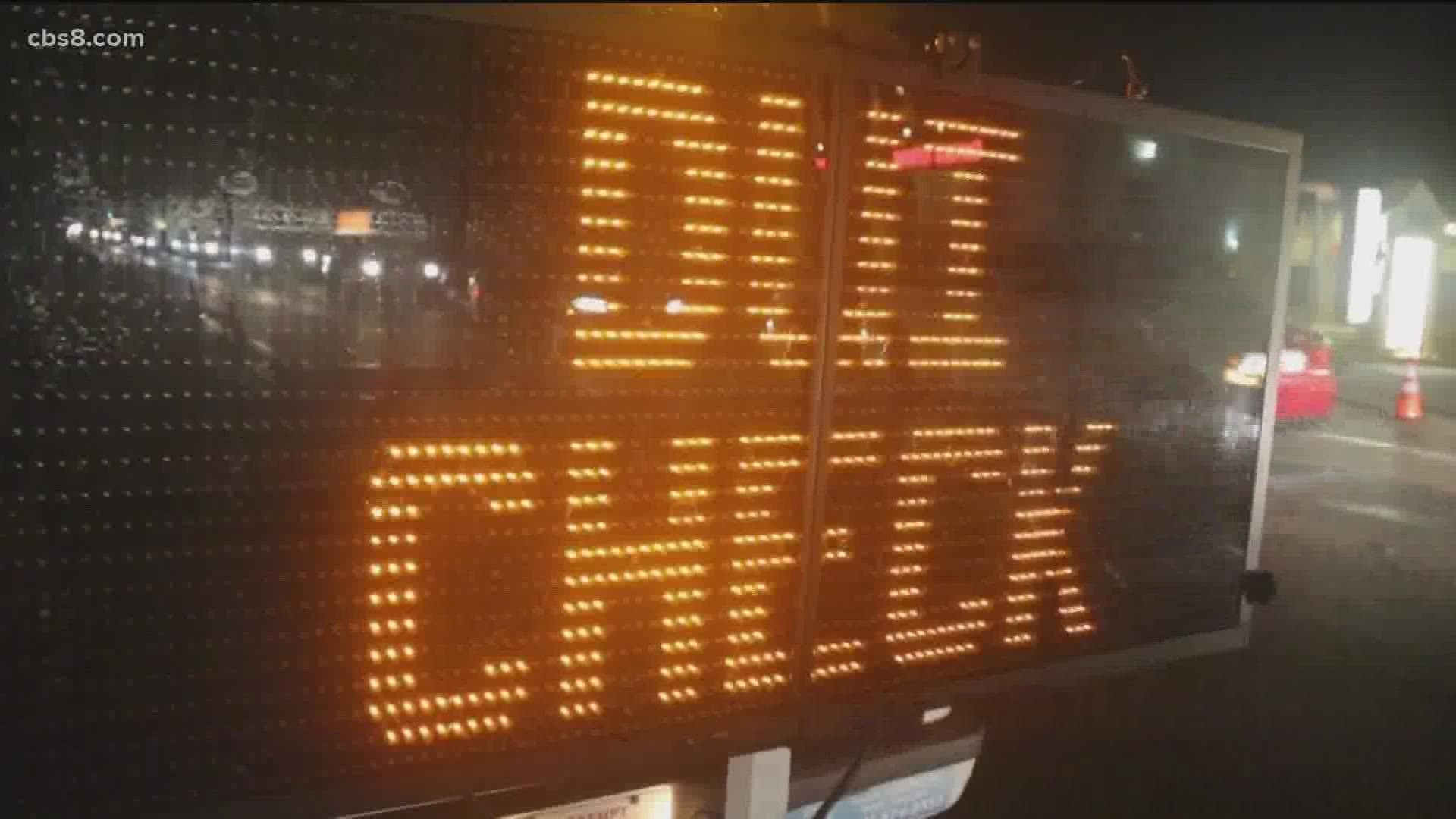 SAN DIEGO COUNTY, Calif — Many people start celebrating the Thanksgiving holiday Wednesday night and unfortunately that can lead to a number of people drinking and getting behind the wheel.

This time last year most people stayed home in the San Diego region due to the pandemic but with restaurants and bars back open, the roads are expected to be busy again Wednesday night.

The Wednesday before Thanksgiving is one of the most dangerous nights of the year for people driving or riding in cars.

The National Safety Council says about 515 people may die on roads across the country this Thanksgiving holiday, the highest estimate since 2007.

“There’s just so much alcohol consumption going on around the holidays, that it’s not often thought of: 'Oh wow, I’m consuming alcohol all day long. Now I need to drive home,'” said Kim Christianson.

Christianson is the Special Events Manager in San Diego for Mothers Against Drunk Driving or MADD. MADD is a national, non-profit group whose mission is to stop drunk driving, prevent underaged drinking and support the victims of those crimes.

She says the group has worked to change laws across the country and they support measures like DUI checkpoints to help save lives.

“You’re not going to be able to hide. You’re going to get caught. We’re going to see you and that there are actions in place to actively prevent you from drinking and driving and hurting someone else. So absolutely the DUI checkpoints certainly help,” Christianson said.

MADD also reports that drunk driving is the #1 cause of death on the roads and that two of every three people in America will be impacted by a drunk driving crash in their lifetime.

“Now it’s easier with Uber and Lyft and things like that. So, I took precautions, came over, have a few drinks, enjoy ourselves, go back home and enjoy Thanksgiving tomorrow,” said Kenny, who was in Gaslamp with friends.

Christianson says driving under the influence is a choice no one must make.

You can designate another driver who’s sober, call a rideshare company or simply not drive if you’ve been drinking.