The 2020 Atlantic Hurricane Season may be an active one

The ingredients are coming together for an above-average season. Official season forecasts from NOAA will be released on May 21. 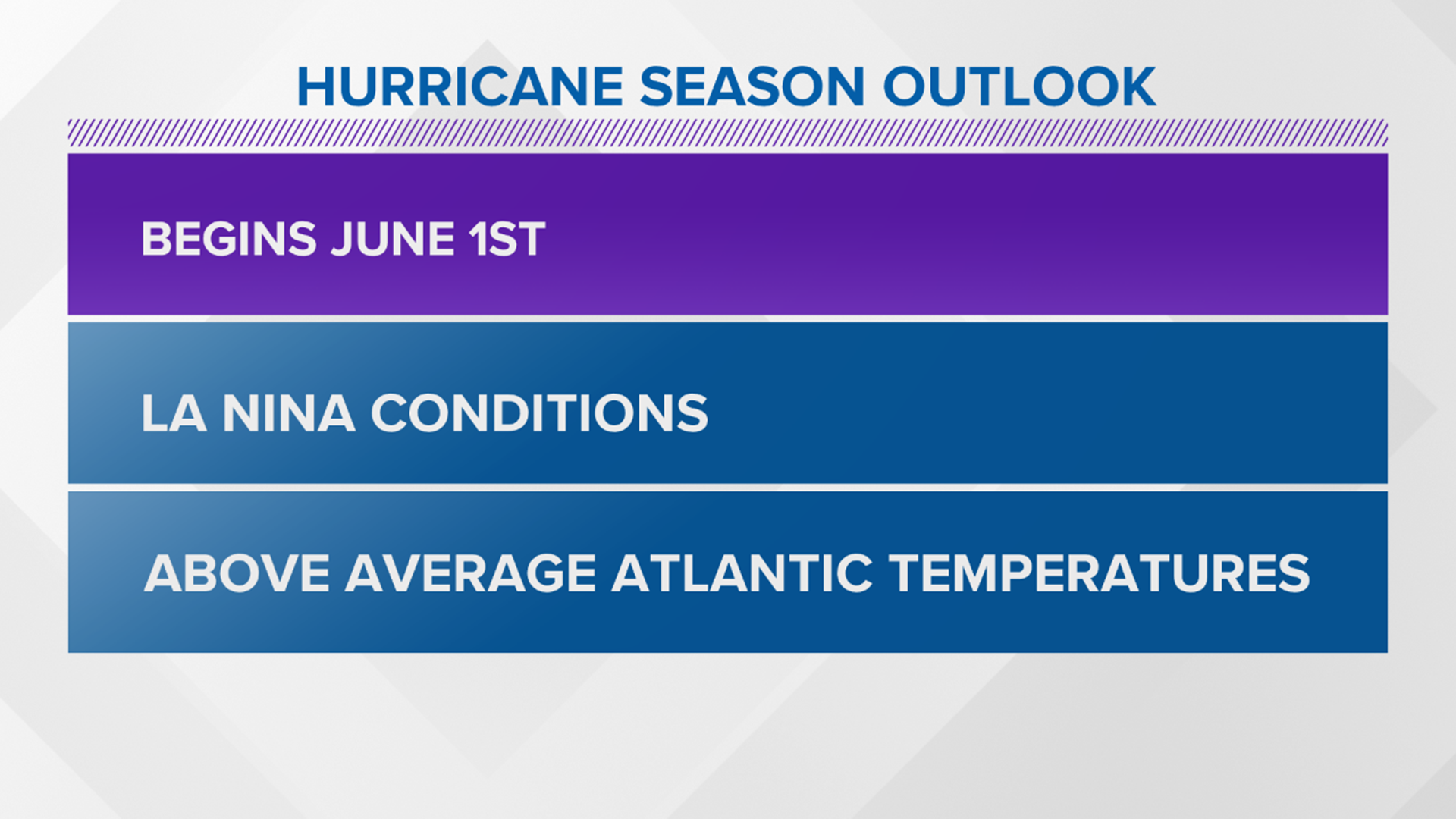 MACON, Ga. — Hurricane Season in the Atlantic officially begins on June 1, and this season has the earmarks of a season that may feature above average tropical activity.

Between a La Nina in the Pacific and warmer than average waters in the Atlantic, the overall conditions are supportive of an active season.

Let’s first examine El Nino and La Nina and its relationship to hurricane season. The technical name for El Nino is the El Nino Southern Oscillation.

The El Nino phase means that waters in part of the equatorial Pacific are warmer than average. These warmer waters lead to strong upper level winds over the Caribbean and Atlantic. These upper level winds often shear tropical systems apart before they have an opportunity to develop.

During El Nino years, the result is often a hurricane season with fewer named storms than normal.

The exact opposite is true for La Nina. Cooler than average waters over the equatorial Pacific lead to much lighter winds over the Atlantic basin. Little wind shear provides tropical waves a better opportunity for tropical systems to develop.

During La Nina years, there are normally more named storms and more hurricanes than average.

Wind shear is only part of the equation. The other is the warm ocean water that fuels tropical storms and hurricanes.

A quick check of the sea surface temperature anomalies in the Gulf of Mexico, Caribbean, and Atlantic show that most areas are between a half of a degree and a degree Celsius above average, or between roughly 1 to 2 degrees Fahrenheit above average.

This may not sound like much, however, being a degree or two above average makes it easier for ocean waters to reach the critical 80 F mark that tropical systems require for fuel.

The warmer the waters, the more fuel systems have to work with. This can lead to both stronger hurricanes and waters that more frequently support tropical systems.

NOAA’s official hurricane season forecast will be released on May 21. At that point, we’ll finally get to see what the experts are expecting for the numbers of named storms, hurricanes, and major hurricanes for this year.

Regardless of the numbers released in the outlook, it only takes one storm to significantly impact a community. Now is the time for coastal residents to review their hurricane plans before the season begins.

Even though it is only May 15, the National Hurricane Center is already monitoring an area of low pressure near the Bahamas for signs of tropical development.

This system may become the first named storm of 2020. If it does so, 2020 will be the 6th consecutive year with a named storm prior to the start of hurricane season.

Fortunately, this system does not look to pose much threat to the United States.

Despite uncertainty, the weather continues to drive farmers' planting decisions