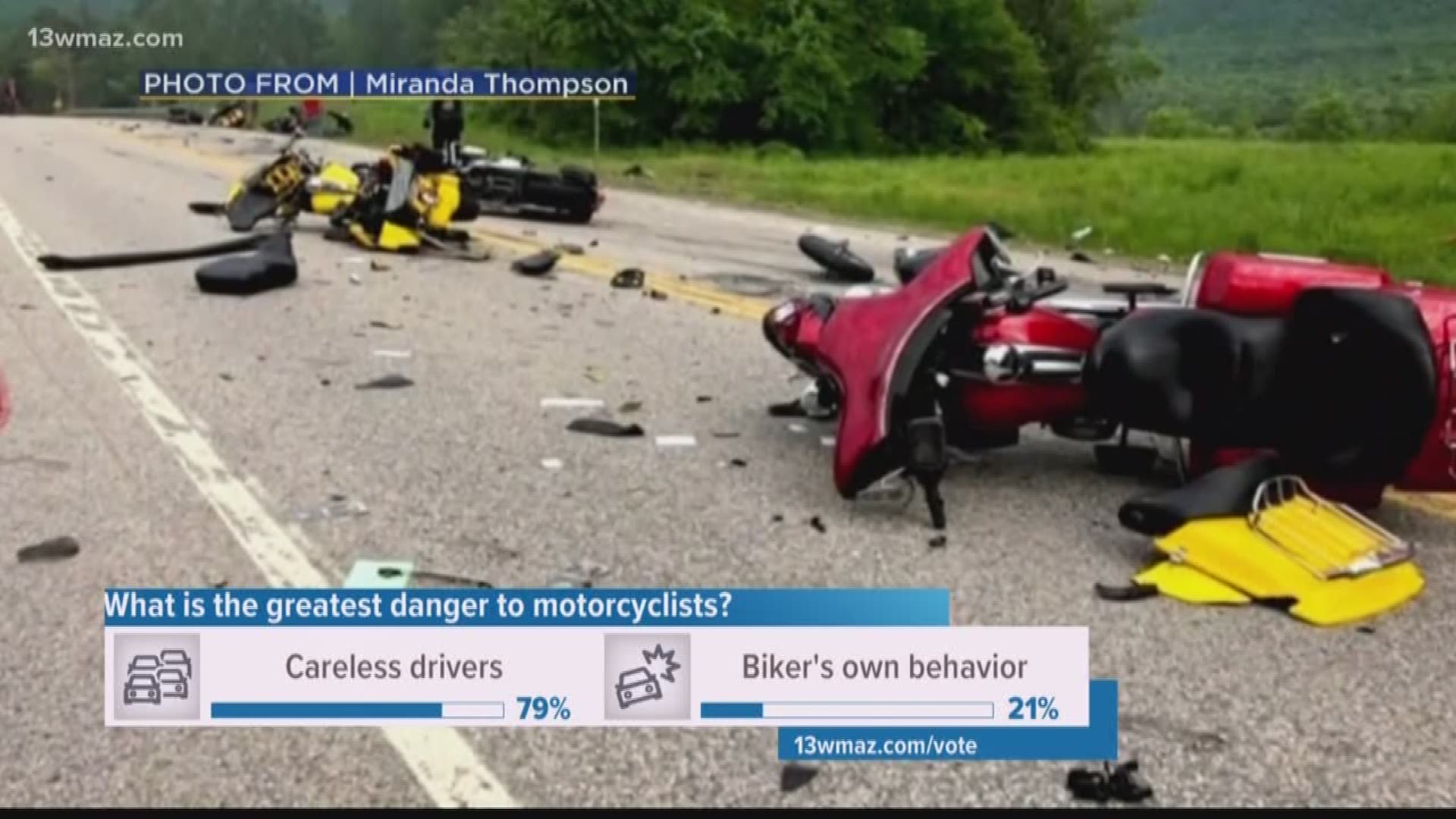 WARNER ROBINS, Ga. — "The anger, the frustration was there," said Cody Smith.

Carnage on a New Hampshire highway. Seven were killed in June when investigators said a truck collided with a group of motorcycle riders.

"This is really described by our investigators as one of the worst investigations they have ever completed," said Col. Chris Wagner with the New Hampshire State Police.

The bikers were part of a military veteran motorcycle club called Jarhead MC.

Cody Smith was hundreds of miles away in Helen, Georgia when that crash killed them.

It felt a lot closer to home.

"Jarhead Motorcycle Club. 'Jarhead' is Marine," he said. "I'm a Marine as well.

Veterans in New England rallied in the wake of that wreck. Memorials appeared at the crash scene and scores of bikers hit the roads in solidarity.

"When one of us is hurting, we are all hurting, and I got your back as I know that you got mine," said one man.

That message carried from New Hampshire all the way to Warner Robins.

"They weren't just biker brothers, but they were also Marine brothers," said Smith.

So how do you keep their legacy alive?

"Man, that's a good question," said Smith. "This is a good opportunity."

This is a memorial ride Smith has organized for Central Georgia. It's part of a nationwide motorcycle ride this Saturday.

The message, just like it's title, is simple: "Bikers Count."

"We're out there. Bikers are out there," said Smith. "We share the road with you."

He's hoping hundreds show up to the Central Georgia rally this weekend to hammer home that message.

Bikers Count is being held in conjunction with a Ride for the Cure rally.

Riders are encouraged to meet in Ivey, Georgia Saturday morning. Registration begins at 9 a.m. The ride begins promptly at 11 a.m.

Smith says the group will stop around Hillsboro to honor killed and injured motorcycle riders.

Warner Robins riders can meet up ahead of time Saturday morning in the Hardee's parking lot near Highway 247 and Sandy Run Road. Smith says that group will depart for the main rally point in Ivey at 9:30 a.m..

RELATED: 'We all feel it': Motorcyclists mourn death of 7 in crash