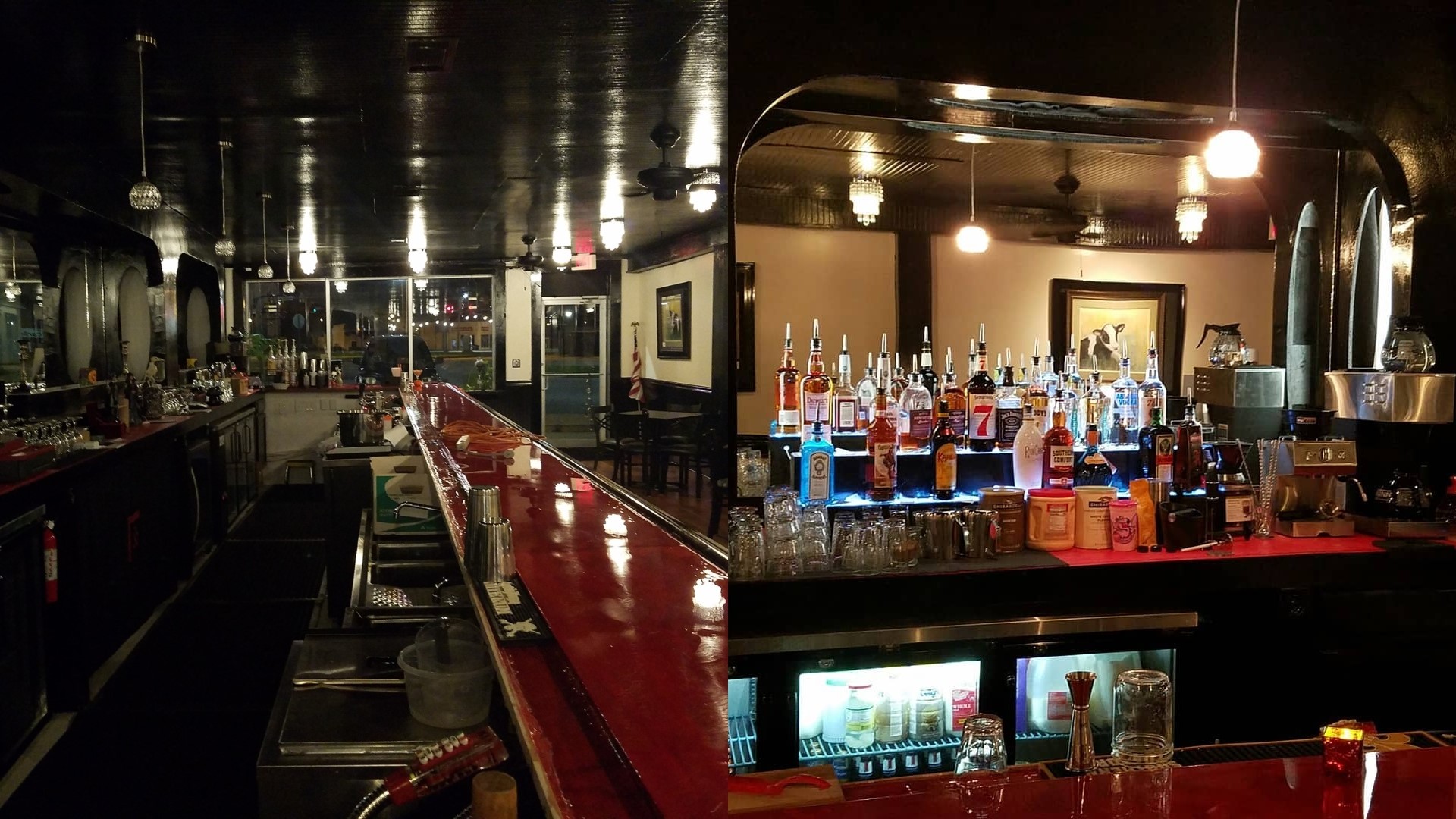 Cocktails and Corners opened at 145 Commercial Circle on Halloween. Owner Rico Imondi says the new spot is inspired by 1919 America.

The pre-prohibition themed craft cocktail bar specializes in martinis. Imondi says the martinis are crafted with a specific amount of vermouth to match a customer’s taste – whether they want their martini dry, wet, or very dry.

“We’re getting really good boozes – and literally, we’re trying to source them, they’re that hard to find in middle Georgia,” he said.

He says the bar is using cocktail techniques from the 1919 era.

The bar doesn’t use maraschino cherries in its drinks. Imondi says, instead, the folks at Cocktails and Corners cook their own cherries in a 100-proof bourbon sauce.

He calls them “filthy cherries.”

“To make those cherries scrumptiously delicious when they go on top of your cocktail,” Imondi said.

Cocktails and Corners has barstools all the way around its 42-foot long bar, which has hooks underneath to hold your purse or jacket.

“This is an elegant bar that makes you feel as rich as it looks,” Imondi said.

He says most barstools even have close access to outlets, so folks can charge their phone while enjoying a drink.

Cocktails and Corners does not have any food; they only serve drinks.

They’ll have the fall menu through Nov. 26., when the menu will change again.

“We are very seasonal and that’s another reason why we are a craft cocktail place is that we only use the freshest ingredients based on the season and the holidays,” he said.

Business has been a little slow so far, but he invites the public to step back into 1919 any time.

“What we have is the most imaginative cocktail menu in Warner Robins, and all that’s missing is you,” he said.

The bar is open Monday through Saturday.