Mayor Miller says the county spent $5.2 in pandemic-related costs. $2 million of that went toward healthcare costs. 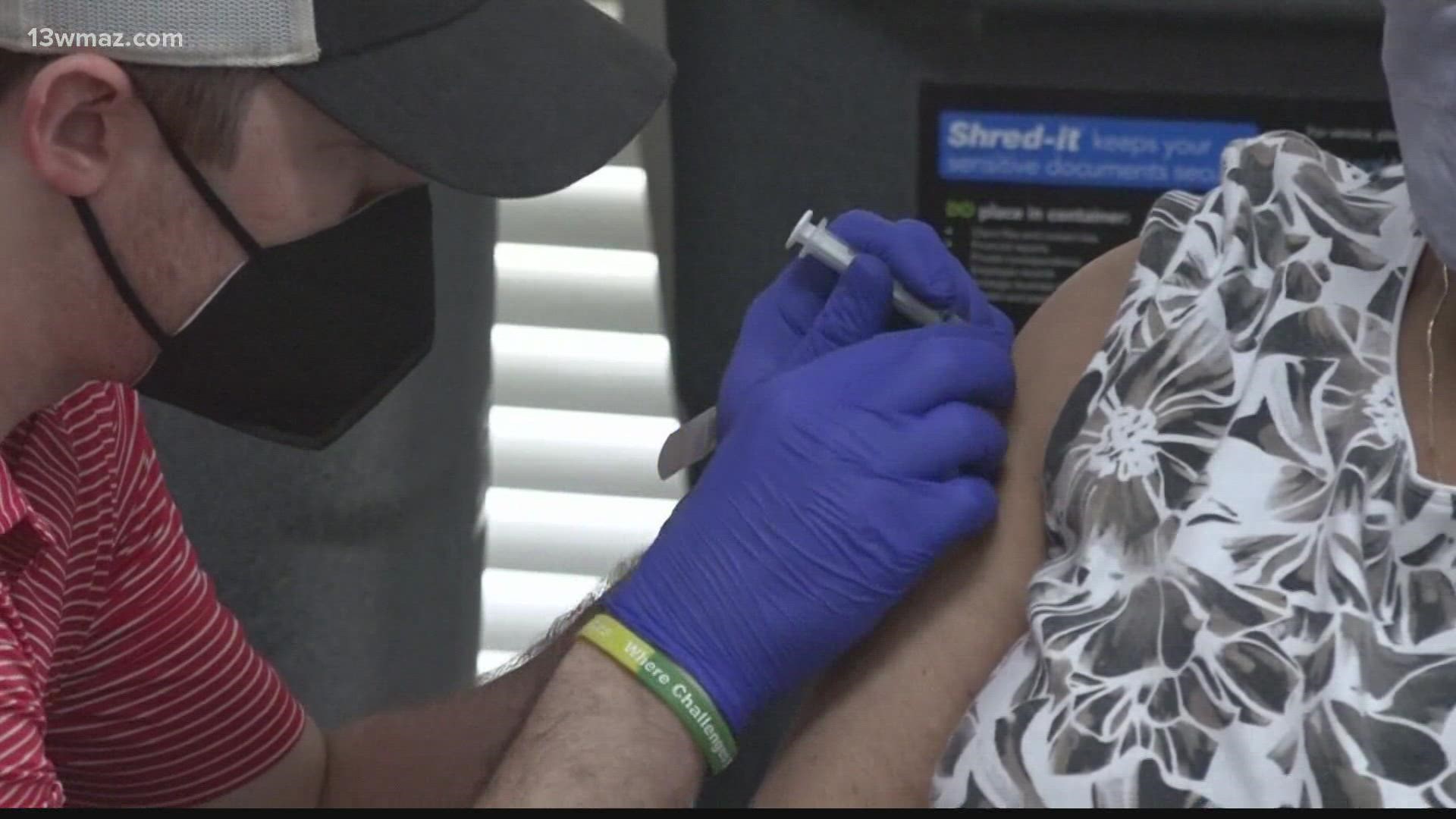 MACON, Ga. — Macon-Bibb County employees who are fully vaccinated or who get vaccinated by the end of September will get some extra cash in their paycheck.

That's thanks to Bibb County commissioners who voted 6 to 2 to approve using American Rescue Plan money to fund the vaccine incentive.

Mayor Lester Miller says it's all coming from American Rescue Plan funding, and it's money well-spent. In the end, he says it could save the county some extra cash in the long run.

"This is one small step we're taking so that we don't have a government shutdown," Miller said.

Miller says that's because county data shows the pandemic cost them $5.2 million with $2 million of that going toward healthcare costs alone.

"Those are real numbers. We are a self-insured government with our health insurance plan, and this is what we pay out-of-pocket," Miller said.

"The numbers speak for themselves. When we spend $5.2 million, mostly attributed to lost work hours, cleaning of buildings, about $2.5 million in just reworking work schedules, and people out of work," said County Manager Keith Moffett. "Remember, you can't fix potholes from home. Half the jobs, you can't do from home. Some people couldn't telework, so they were out of work."

Commissioner Seth Clark says those aren't the only numbers that support the need for a vaccine incentive.

As of Tuesday, the Georgia Department of Public Health reported 35 percent of people living in Bibb County are fully vaccinated. 39 percent have received at least one dose. In the last two weeks, the county has seen 504 new COVID-19 cases.

The majority of commissioners supported the mayor's push to get more shots into arms and--hopefully--save the county some money in the long run, but some commissioners disagreed.

Commissioners Al Tillman and Valerie Wynn say an incentive is not the best use of the county's American Rescue Plan money.

"I do believe people can change their minds," Clark said, "And make the right decision for them and their families. I'm hopeful that by giving them this extra incentive will make them take a second thought."

Mayor Miller says that by the end of the month, county employees who are already vaccinated can expect that extra money in their paycheck.

The county is expected to receive roughly $75 million in American Rescue Plan funding.

Commissioners approved putting up to $800,000 of that money toward the incentive, but Mayor Miller says it will not cost that much.