The girl says the student "grabbed her throat and told her to stop breathing, grabbed her hair and slammed her head against the bus wall." 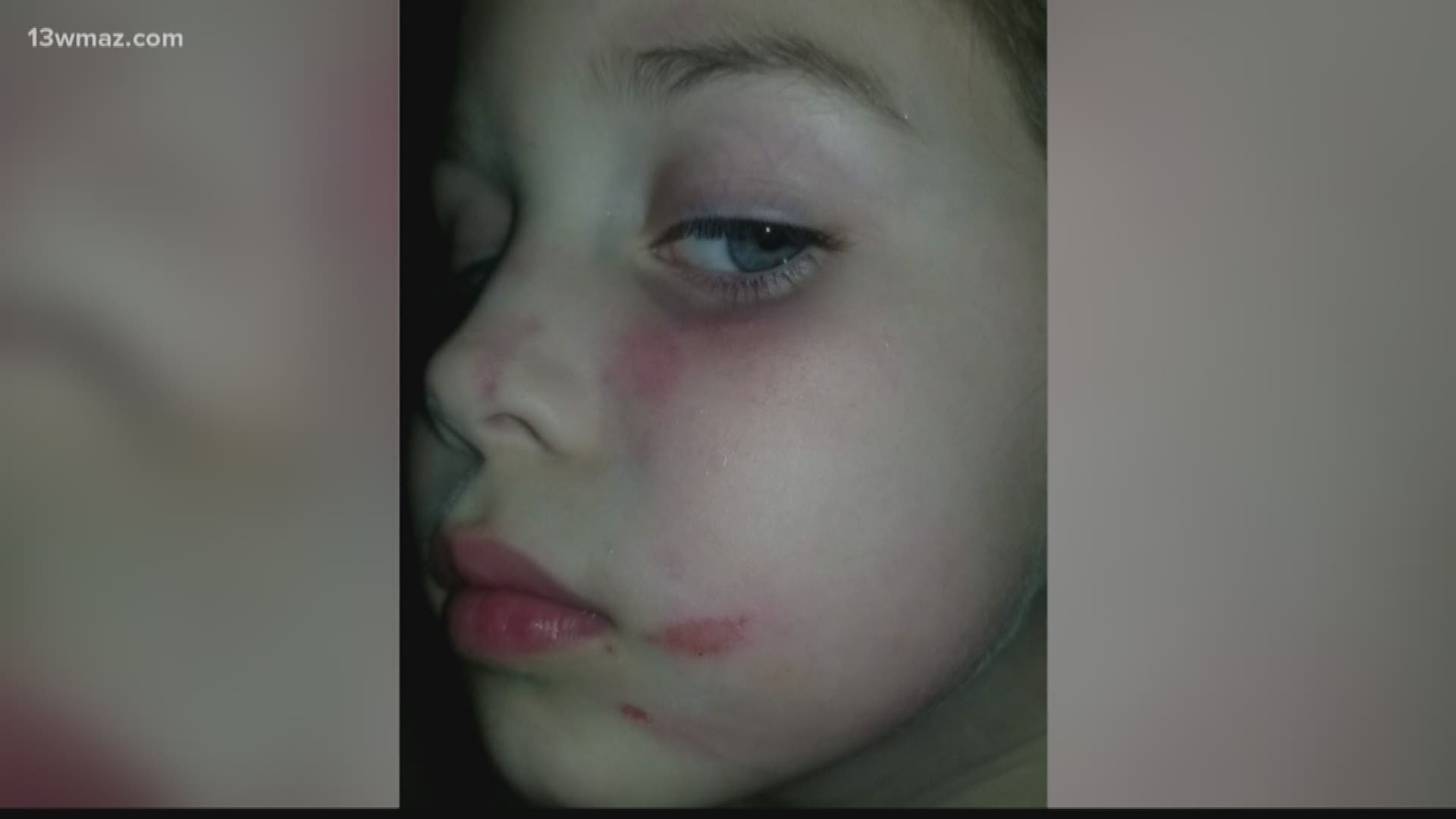 On December 4th, Corley was waiting for her at the bus stop. When her daughter stepped off, her face was covered in scratches and bruises.

Corley's daughter told her mom a 12-year-old gave them to her -- "grabbed her throat and told her to stop breathing, grabbed her hair and slammed her head against the bus wall," says Corley.

Her daughter also told her she was hit with a book bag and poked in the buttocks.

"I wanted to just break down, but I had to be strong for her," says Corley.

Monroe County Assistant Superintendent Jackson Daniel says they are investigating and disciplining the student as well as interviewing the bus driver.

Corley says she hasn't seen the video yet, but says law enforcement called it torture.

Corley says, "Mr. Blanks, Adam Blanks, the investigator, he told me that when she got on the bus, the whole 45-minute bus ride was complete terror and torture."

Corley says her daughter didn't need medical treatment, but she's still wondering why someone would physically hurt her little girl.

"She is the most loving, outgoing child. She can get along with anybody," says Corley.

The District Attorney's office says they will review the bus camera footage before deciding what formal charges to file.