'These kids are wanting to work hard': Central Georgia teens picking up jobs as companies scramble to hire

Teenagers are gaining employment faster than any other age group 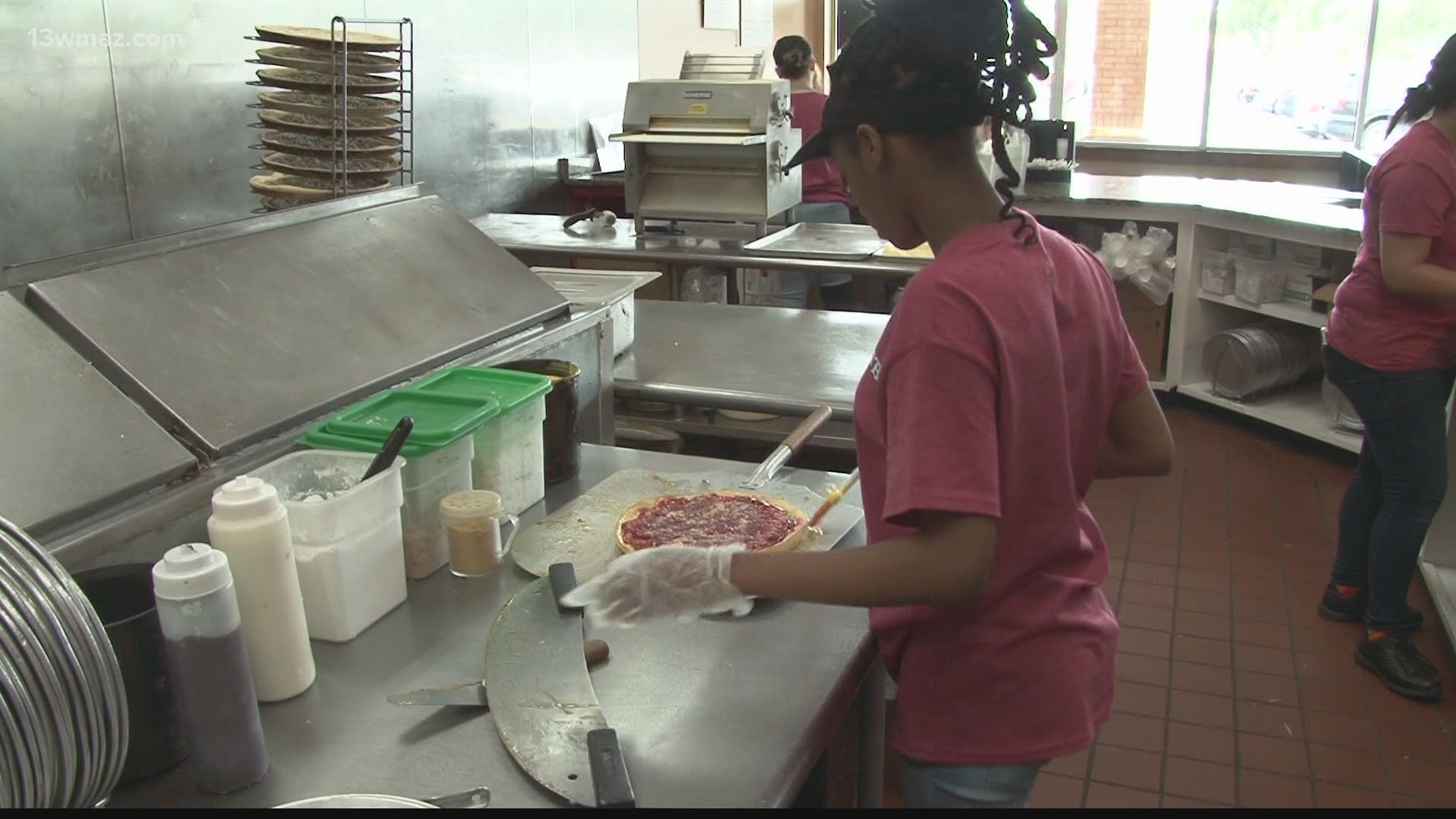 WARNER ROBINS, Ga. — Now that school is out, you might start to see some younger faces stepping in to fill the job vacancies. Karen Singleton of Stevi B's in Warner Robins is one employer who sees their potential

For teens like 16-year-old Maiyonna Kendrick, finding a job was pretty easy.

"I came in, I got an application, and Mr. Paul hired me on the spot," she recalls.

According to the Bureau of Labor Statistics, unemployment rates for teens fell from 32% going into last summer to only 12% this year. While businesses say fewer adults are applying, teens seem eager to fill positions.

Across town, Zaxby's has had its luck with hiring teens. 15-year-old Shekiria Jackson says she simply wanted something to do

"I knew school was ending very soon when I came, so I was like, 'OK, I need something to do,' because I don't like sitting home at all -- it's so boring, so I knew a summer job would be perfect for me," she says.

Besides availability, there is something else that makes teens an excellent catch for employers.

"These kids are wanting to work hard, wanting to learn, wanting to be good at customer service, so it doesn't take them long to learn and were developing them to be great adults," Singleton says.

Over 250,000 teens have gained employment since April, gaining employment faster than any other age group.