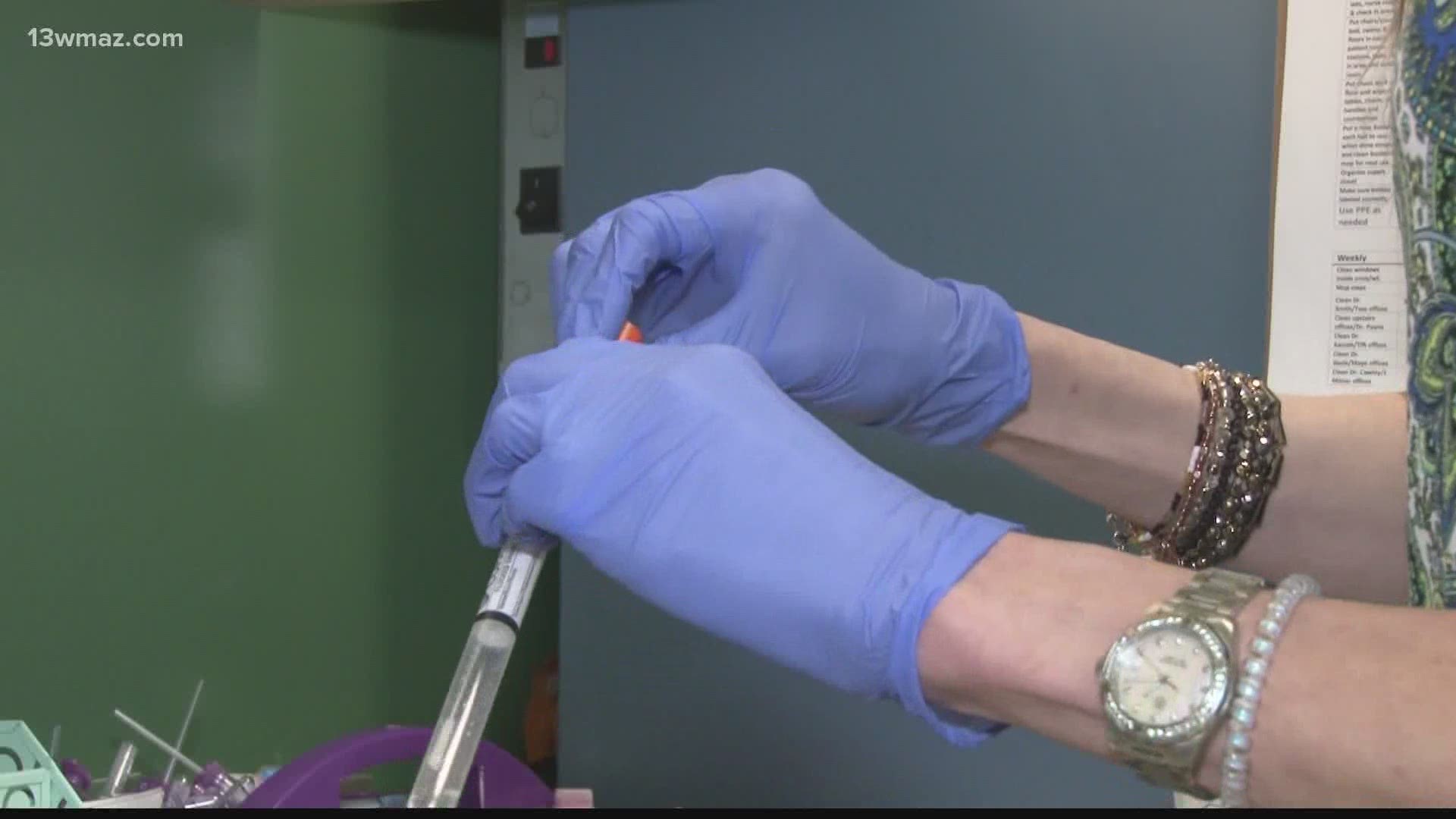 WARNER ROBINS, Ga. — It's now been two weeks since Labor Day and hospitals in Central Georgia are still seeing a downward trend in COVID-19 patients.

On Tuesday, Coliseum had 21 patients and Houston Medical had exactly 15.

Dr. Jennifer Hoffman at Coliseum Medical Centers says it may still be a little too early to see how the Labor Day holiday affected the COVID-19 case count and she's not ruling out seeing another spike.

"I think if we were gonna see an effect, we would just be beginning to see that effect right now."

She says after Memorial Day, it took close to a month to see the impact.

"It takes a week or so for them to get sick, then it takes a little while for them to transmit it to others."

Hoffman also says delays in testing could mean cases from the holiday haven't shown up yet, but Houston Medical Center's Chief Medical Officer, Dr. Dan Stewart says he's cautiously optimistic that they will stay on this decline.

"I think once you get out to 14 days and you haven't seen any significant numbers, that is a really good report."

Back at the end of July and early August, Coliseum was seeing close to 60 COVID-19 patients and Houston Medical was hovering around 40.

Now, both hospitals have been sitting close to 15 patients for the last two weeks, and it's given healthcare workers a chance to catch their breath.

"We've still got patients in the hospital, but the acuity is not quite as high as it was and I know the number of ventilator patients we have right now is down considerably," says Stewart.

But with colder weather right around the corner, could that cause cases to go back up?

"We really don't know at this point in time until we see what happens," says Stewart.

Hoffman agrees, we may just have to wait and see.

"I think the thing that the weather does is it probably encourages people to congregate more indoors," she says. "If it gets down to the 40s in November and December, I don't think people are going to want to dine outside anymore."

However, Stewart says the good news is every indication points to a mild flu season in the U.S.

"That'll be a good thing because that'll be one less thing to have to worry about."

Both doctors agree that one thing is certain -- this pandemic is not over yet.

"People have died from it. People are still dying from it," says Stewart. "We're not done with this yet."

"The virus is still out there. It's still definitely in the community. Sadly for all of us, this isn't over," says Hoffman. "My honest opinion is that we're going to spike all over again. We're just nowhere near the threshold for the percentage of the population that would have to be immune for 'herd immunity,' and this hasn't gone away."

We reached out to Navicent Health to ask how many COVID-19 patients they currently have at the hospital. They referred us to the Department of Public Health.