'This is a dream': All African American JSTARS crew makes history at Robins Air Force Base

The first all-African American flight crew in JSTARS history launched on a training mission from Robins Air Force Base on Friday. 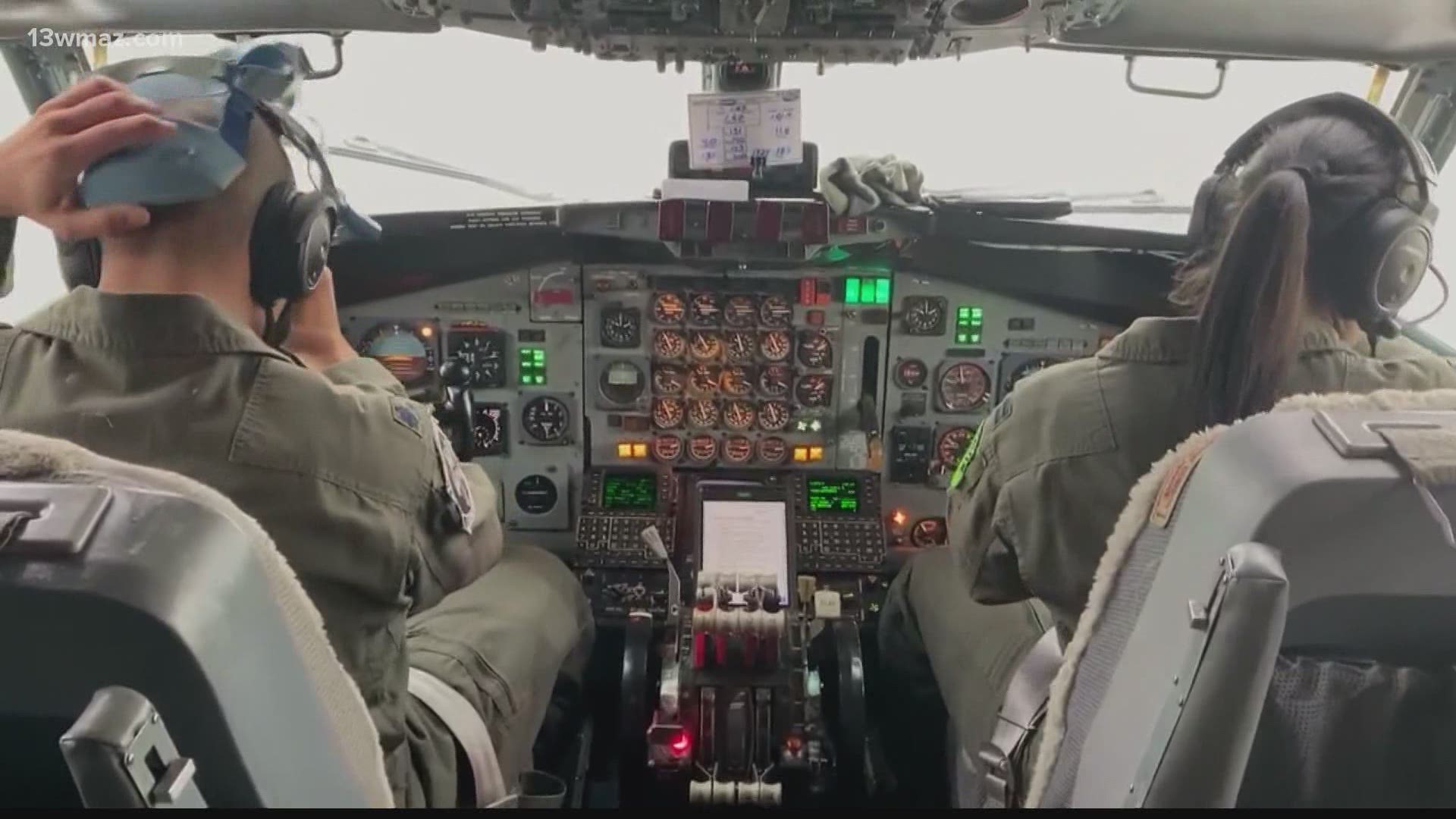 ROBINS AIR FORCE BASE, Ga. — A JSTARS crew made history at Robins Air Force Base as the first all-African American flight crew in the program's history launched on a training mission and honor flight.

Captain Dewey McRae says he's been trying to gather a JSTARS crew of all African American members for years.

"We always were short in a few crew positions," he says.

Now, that goal has become a reality.

"This is a dream. This is just an honor and privilege so the folks that will come behind us will see one day that it's OK to dream. It's OK. We see someone that looks like us, especially as you're growing up trying to find your way in life."

Captain Andrea Lewis started as a flight attendant in the Air Force Reserves, but wanted to become a pilot to honor her late father.

She made history two years ago as the first African American female pilot in the history of the Georgia Air National Guard.

Now, she's making history again as the co-pilot on this flight.

"When I made history a couple of years ago, I've always hoped that I was going to be able to be a part of an event like this, and so to have this happen today is really amazing," says Lewis.

Senior Master Sgt. Tanisha Swift says she wants people to realize they can do anything they put their mind to.

"I come from a background that wasn't so great. Crime-ridden areas, lived in a horrible area growing up and neither one of my parents have high school diplomas or anything," she says. "Just to be able to be a part of a group of professionals that are great at their jobs, standing for something good, just trying to promote goodness and positivity in the African American community, which you don't always see at the forefront of everything, it's just awesome to be a part of that to show people that there is good out there."

When she's not acting as the senior director technician for these missions, she's out in the community talking to the next generation.

"I've met people that said they didn't know there were Black flyers in this community, so showing them, yeah there are," says Swift. "We can do it, we are doing it and that anyone can do it."

Brig. Gen. Konata Crumbly has been in the United States Air Force for the last 16 years. Before that, he served in the Army for eight.

"When I first joined the guard, we were diverse, but we weren't that diverse."

"When I became the first Black wing commander here, I really didn't think a lot about it until people came to me and were like, 'Hey, you're a role model. I was gonna get out, but I'm staying in because you're the wing commander,' he remembers. "I had to sit back and reflect for a second and basically what I wanted to tell them was like, 'Hey, it's not easy, but if you do your days work and you take the hard jobs, more than likely, opportunity will open up for you.'"

He says he's proud of the work this crew has done, not only for the Air Force, but to honor those that came before them.

"There were a lot of African Americans that came well before us that put in a lot of struggles for us to even wear this flight suit, let alone, have this legacy flight," he says. "When you look back at the Revolutionary War, the Civil War with the 54th Massachusetts and move forward to the Harlem Hellfighters, the Tuskegee Airmen, the 761st Battalion. You have all these units that paved roads for us so that we could enjoy wearing the uniform and, quite frankly, just serve. Be equal."

He says one day, he hopes flights like this one won't be so historic.

Team JSTARS, which has been deployed for the last 19 years, provides intelligence, surveillance and reconnaissance data for the U.S. Air Force.