'This is our thank you:' Veterans fly flags over I-75 to celebrate the Fourth of July

Veterans and bikers lined some of the overpasses along I-75 in Warner Robins to wave American flags and celebrate the holiday. 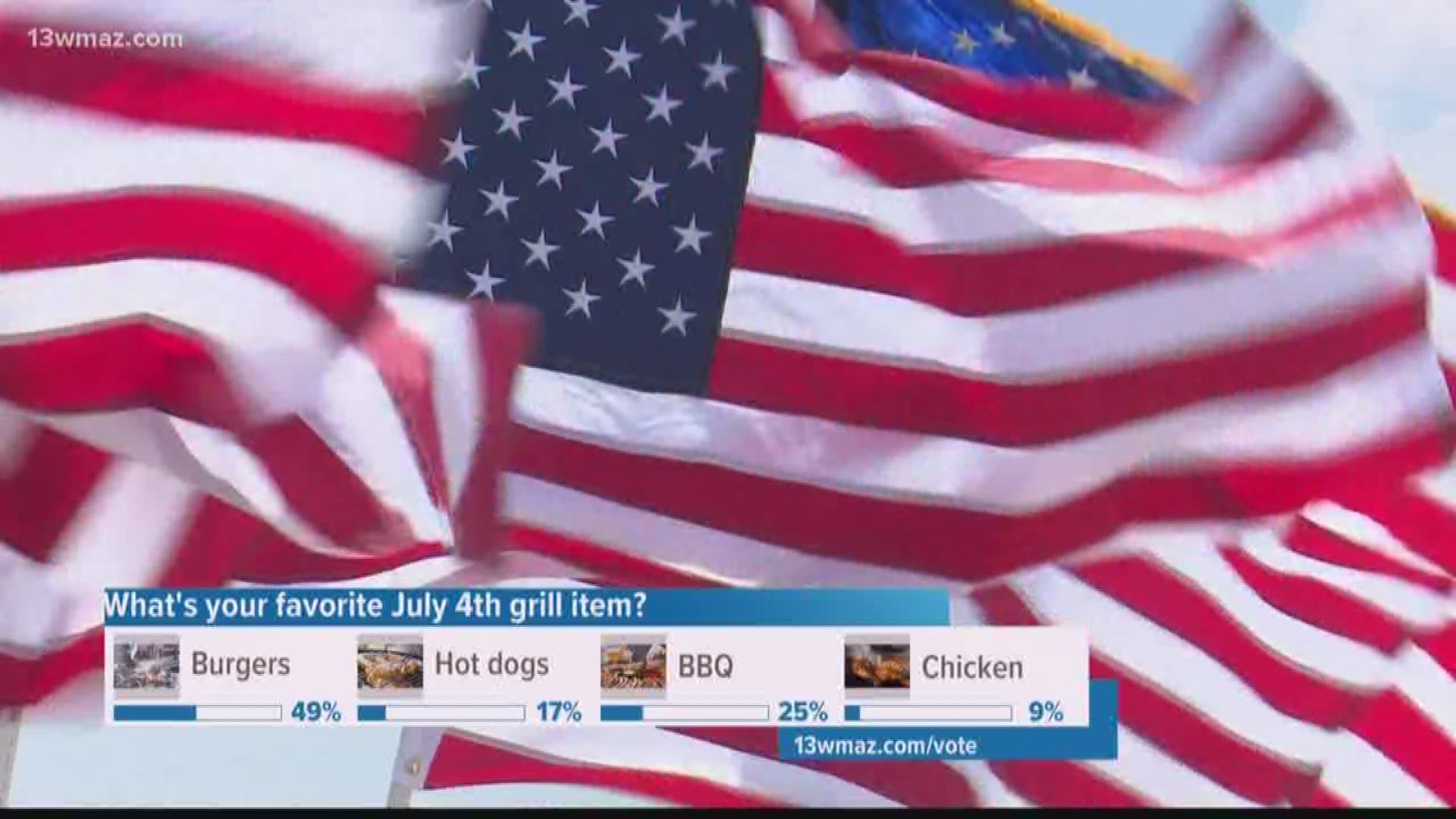 If you were driving on I-75 near Warner Robins on the Fourth of July, you may have seen some folks celebrating by waving American flags on the overpasses.

Donna Owen and her husband David started 'Flags Over 75' to celebrate the Fourth of July and to honor the military.

She said this is the fourth year they've been up here waving the flags, and she said it's gotten bigger every year.

"We're out here to let everyone know this is the Land of the Free," Owen said.

She said they started out with just a few people. This year, they saw about 100 people, mainly veterans, on the bridge. Her husband David, who originally had the idea, was in the Air Force for eight years.

Owen said she knows it's hot, but they don't mind.

"This is nothing compared to what our soldiers, all of our military, goes through. This is our 'thank you.' Thank 'em all, and God bless 'em," she said.

Chris Dow, who is currently serving in the Air Force, said this is a rewarding way to celebrate the holiday. He's been out there all four years.

"It makes the hairs on the back of your neck rise up because you still see, besides what's going on in the news, that there are true Americans and everybody still loves the red, white, and blue, and they love to see it waving in the wind," Dow said.

As for Owen, she says she hopes people will eventually line every bridge along I-75 in Warner Robins to celebrate the Fourth of July.

"It's about our patriotism and honoring all of these men and women. That's what it's all about," she said.

RELATED: 'We all stand together:' Veterans at Dublin VA talk about Independence Day