Lou Popp says that the wind and rain took out an entire playground that he built for his grandkids. 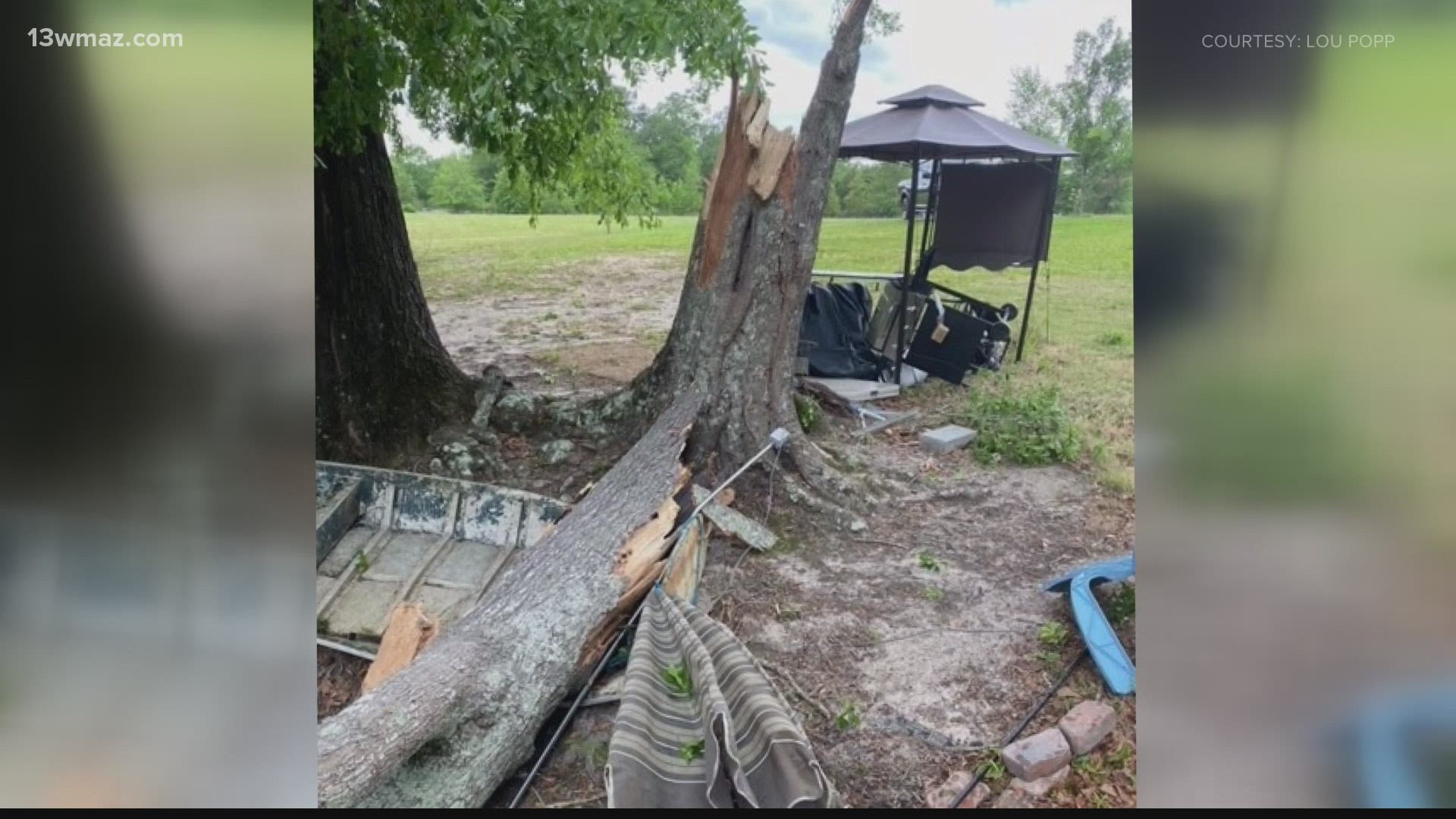 Lou Popp and he says that the wind and rain took out an entire playground that he built for his grandkids.

He lives southeast of Milledgeville just off the fall line.

“About 3:00 p.m., the power went off just a sec, and my brother-in-law called me and said, 'It looks like we had a mini-tornado go through,'” said Popp.

He says they saw lots of damage and trees down in addition to the ruined playground.

Baldwin County EMA director Wayne Johnson says a tree fell on a house on Junior Hill Road. He says no one was hurt.

Popp says he's seen storms, but he's never had damage like this.

“Not like this, this is the worst. We've had some trees go down during some bad wind, but normally, that just happens, but this is the first time we've ever had anything that came through like this, and it was a streak. The house up here got a couple of trees in his front yard that went down. It came right through here and it went straight across our pond down there,” said Popp.