Here's what we know about a high-speed chase that started in Dooly County and ended in Warner Robins. 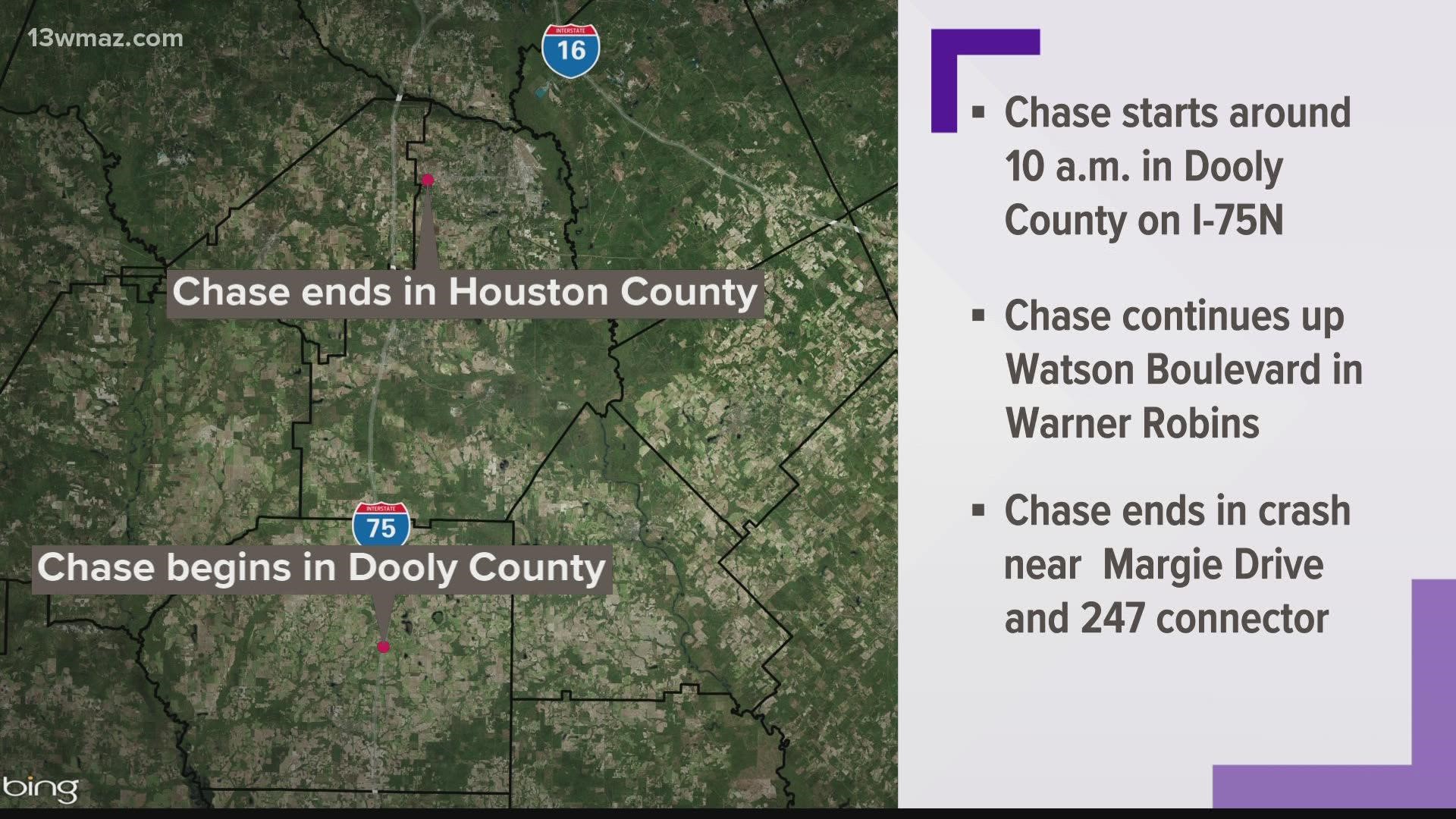 According to Georgia State Patrol, it started after 10 a.m. on I-75N in Dooly County before going into Houston County.

The chase left the interstate around exit 146 (Warner Robins) and continued up Watson Boulevard. Georgia State Patrol says the driver continued going over 100 mph on the wrong side of the road.

At some point in the chase, the driver ran into another car and kept going. It ended at the intersection of Margie Drive and the 247 Connector when the driver hit two other cars.

Georgia State Patrol says the driver and two passengers ran away from the car, but were later arrested.

During the chase, a gun was thrown from the car and recovered. Inside the vehicle was “a large quantity of suspected marijuana.”

Occupants of the cars the driver hit had only minor injuries. No officers were injured or law enforcement vehicles damaged.

The driver and two passengers were not identified by GSP.

She was found dead on the side of I-675. Friends remember her as a devoted mother of 3.