'We did not allow ourselves to be surprised': 3 Houston County Schools see COVID-19 cases 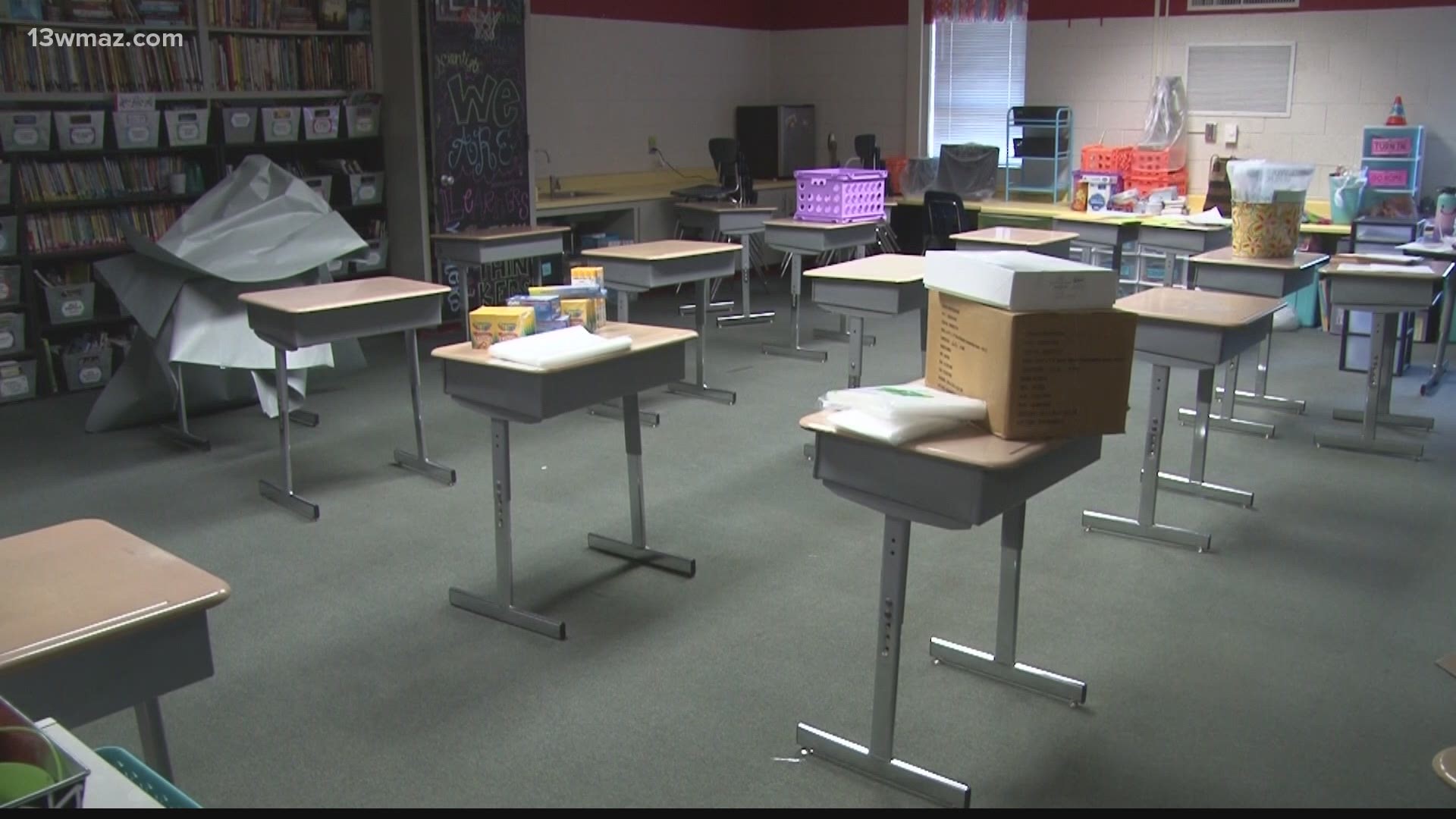 Parents were notified just two days after students went back to class.

So far, the district won't say how many cases there are or whether they involved students or teachers.

A phone call went out to parents whose children may have been exposed.

Those who were exposed will be off campus for two weeks while the schools are disinfected.

Assistant Superintendent of Student Services Zabrina Cannady says they are working closely with the Department of Public Health to trace people who might have been exposed.

"We now are looking at notification of any close contacts of students or staff members who self-report or it is reported to us by a parent."

She says these cases were all self-reported to the school.

After the district's announcement Monday morning, parents were talking on social media.

"Praying for those who have been diagnosed and those who were exposed to the virus," says Ali Stubbs.

"This is why I kept my kids at home. This was going to happen," added Christina Christensen.

Toya Harris wants to know "What precautions will be put in place to prevent this from happening again?"

Matthew Knowles, who we spoke to last week, has two sons at Perry High School.

"We don't have a negative reaction to this, we just have a 'We knew this was gonna happen' reaction. The one thing we weren't expecting, nor were the boys, was that it happened in the first two days of school," says Knowles. "We were happy that Mr. Martin did the call out to parents to at least let us know what happened. Unfortunately, though, this is just the beginning, we hope it doesn't get worse, but we are prepared for this to go bad."

He drives his kids to school and he says he has seen almost every student with a mask on walking in the doors.

Cannady says their preparation was key.

"We didn't allow ourselves to be surprised because we were prepared. We had spent so long preparing our reopening plan and putting our protocols and procedures in place that when and if it did happen, and it happened pretty quickly, we were ready and we knew what we had to do."

This comes just two weeks after Northside and Veterans High School football players were sent home and practice was cancelled because of a positive COVID-19 case.

After a two-week quarantine, those Veterans football players will be allowed to return to campus tomorrow and Northside players will return on Wednesday.

Nearly 75 percent of the school system's 30,000 student population opted for in-person learning, while around 7,000 selected the online option for this school year.