The Houston County Career Academy team competed against 32 teams from across the country. 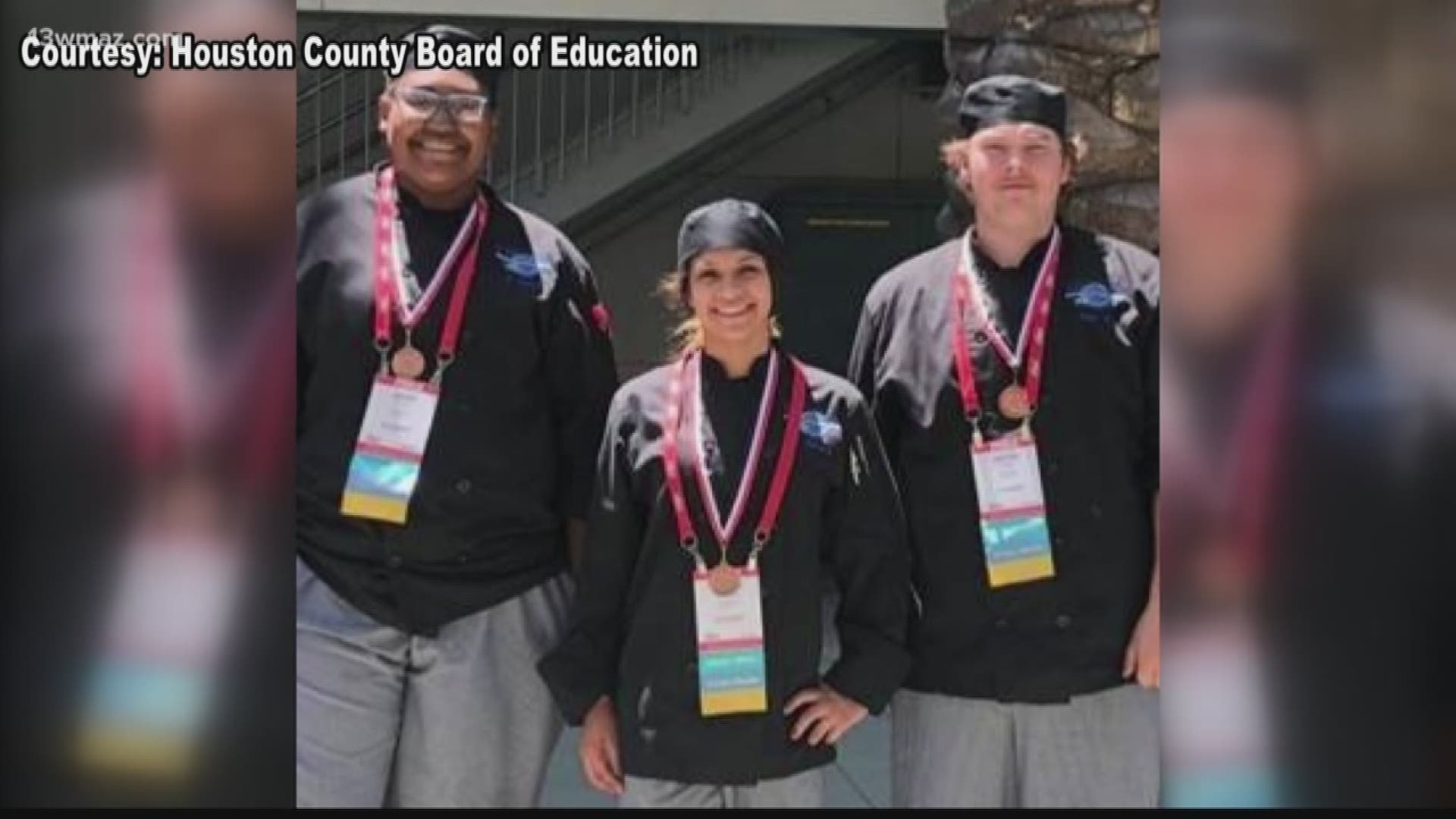 HOUSTON COUNTY, Ga. — Three student chefs sliced, diced, and sautéed the competition at a national student leadership conference and walked away with a bronze medal.

The Houston County Career Academy team competed against 32 teams from across the country at a national conference of the Family, Career, and Community Leaders of America.

Jaiah Spight was a part of the three-person cooking team that competed.

Spight, Alexis Rodriguez, and Gavin Kiser came in first place in the state competition. They went on to compete at nationals, where they won the bronze.

"I mean, we made it. We actually placed against a whole lot of states and people and it was like, it was really great," Spight said.

Their coach Chef Suni Wilson said she could not be prouder of her students.

"All of my students did amazing, all three of them. They worked so hard. I couldn't ask for anything else," said Wilson.

Wilson has been a chef for six years.

She said never in a million years did she think she would be teaching, but after seeing how passionate her students are, she can't imagine doing anything else.

The team cooked chicken puree with Brussels sprouts, pear espresso, and Spight was in charge of the ratatouille.

But now, she said it's her favorite dish to make.

Spight said she watches her mom cook and that's what got her into the kitchen.

Now she said this is a career path she wants to pursue.

"It's like passion to me. It's like the future of what I want to go through," she said.

She said that future includes a lot more chopping and sautéing.