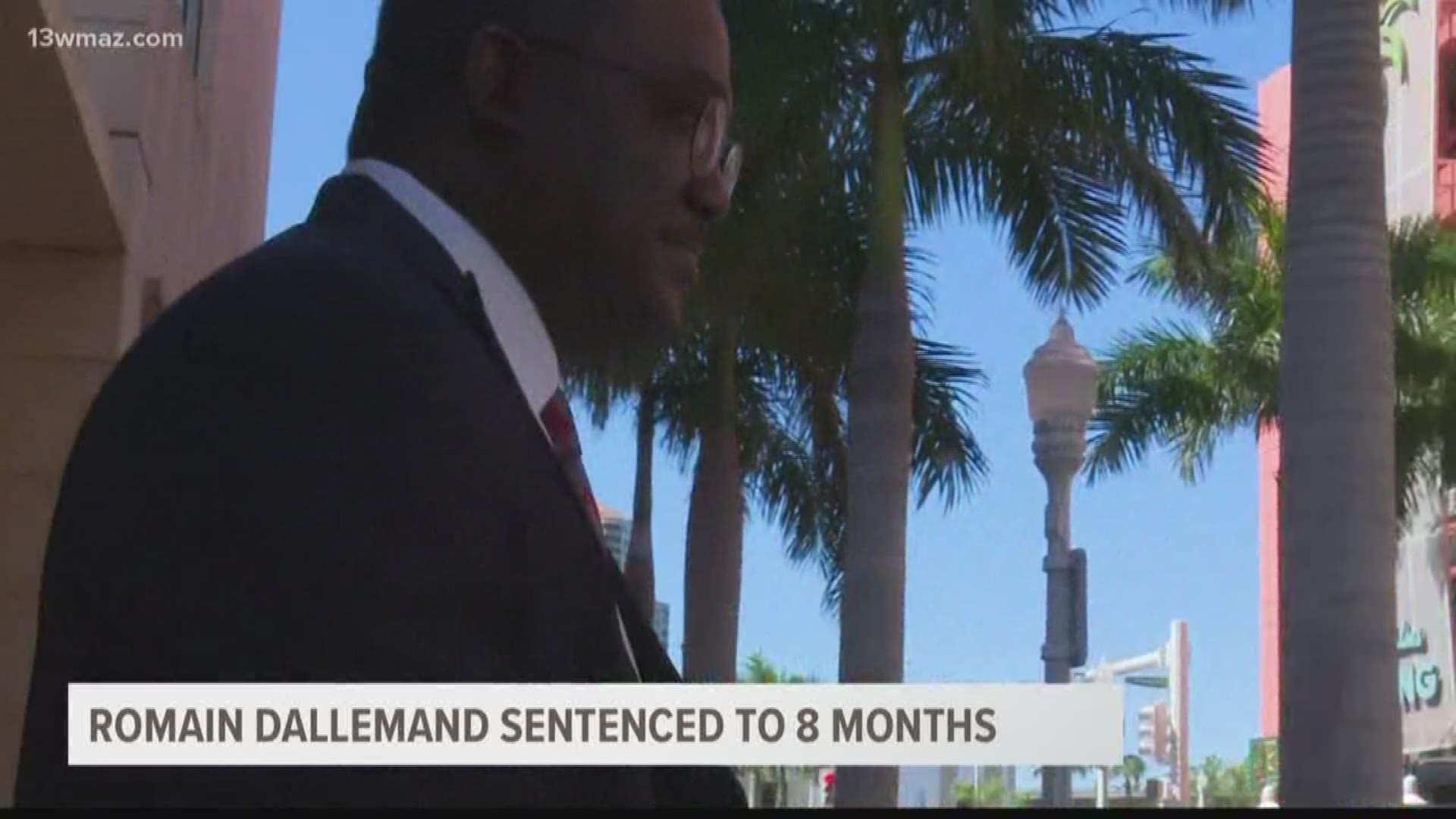 He will also have to pay $272,000 in restitution and following his release from prison, he'll pay 10 percent of his income to the IRS.

The hearing lasted just over 90 minutes and his defense asked for no prison time.

Dallemand spoke and apologized for what he did saying, "I feel terrible for what I've done."

Judge Sheri Polster Chappell said Macon's students looked up to him, but he made it seem as though they could get ahead by committing crime.

The sentencing was just part of an eight-year saga filled with lawsuits, controversies and alleged bribes all surrounding Dallemand.

Here's everything that happened from the time he was sworn in in 2011 to his sentencing.

From the beginning, Dallemand had plans to change Bibb County Schools. He even started holding community forums in April 2011 to hear what parents and students wanted to change about the school system. 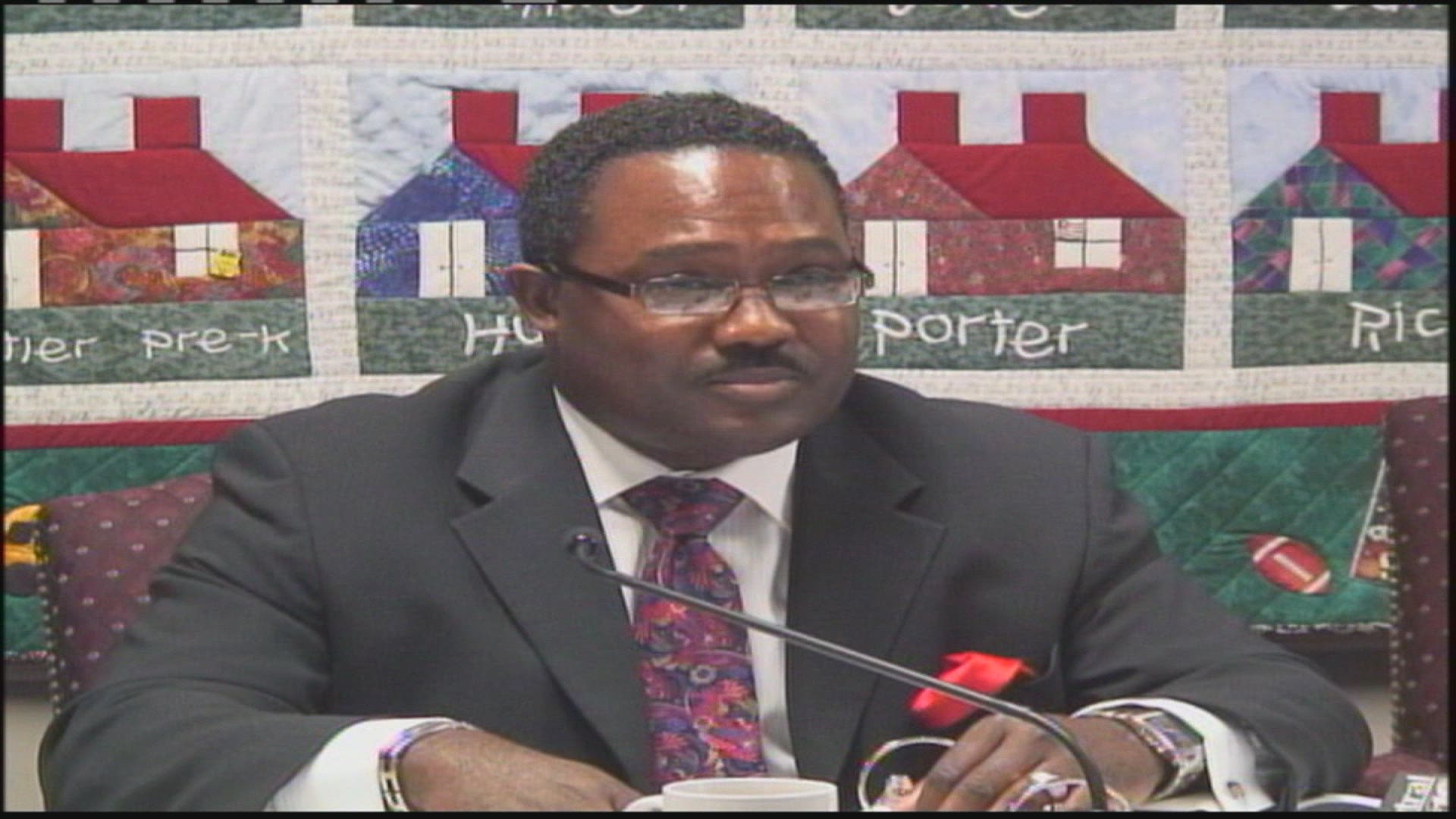 'Macon Miracle' caught the eye of CBS Evening News, and Dallemand even went to an international conference in Belgium to present his work.

But back at home, the plan prompted a protest march, an online petition and had parents asking questions.

Macon Promise Neighborhood was a federally funded program lead by former chairman of the Industrial Authority, Cliffard Whitby, and a few others. The program worked to improve student achievement and graduation rates long-term by boosting the quality of life in city neighborhoods.

In October 2012, the board agreed to pay $1 million in a check to Whitby's nonprofit, the Central Georgia Partnership for Individual and Community Development.

Whitby would later be indicted by a federal grand jury for allegedly bribing Dallemand in return for the school district's support for his program. 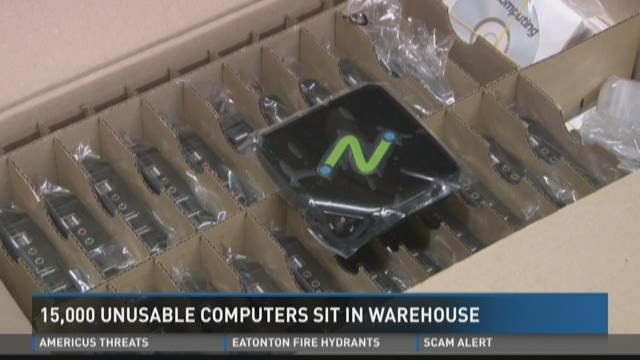 Dallemand and the school board hired Macon businessman and former chairman for the Greater Macon Chamber of Commerce, Isaac Culver, and his company to upgrade student computers across the district.

School board members say Dallemand pushed hard for the project to be finished by the end of 2012.

Culver, his business partner, Dave Carty, would later be indicted and charged in June 2017 for defrauding the school district out of $3.7 million dollars for giving them unusable computer equipment in return.

After two years, Dallemand's contract was renewed, but Dallemand soon accepted a buyout from the school board.

An audit found that Dallemand spent more than $51 million in contracts without school board approval or compliance with policy.

MARCH 2014: School board members, lawyers say Dallemand is in Haiti

Dallemand's former lawyer confirmed to school board members that he went back to his home country of Haiti. 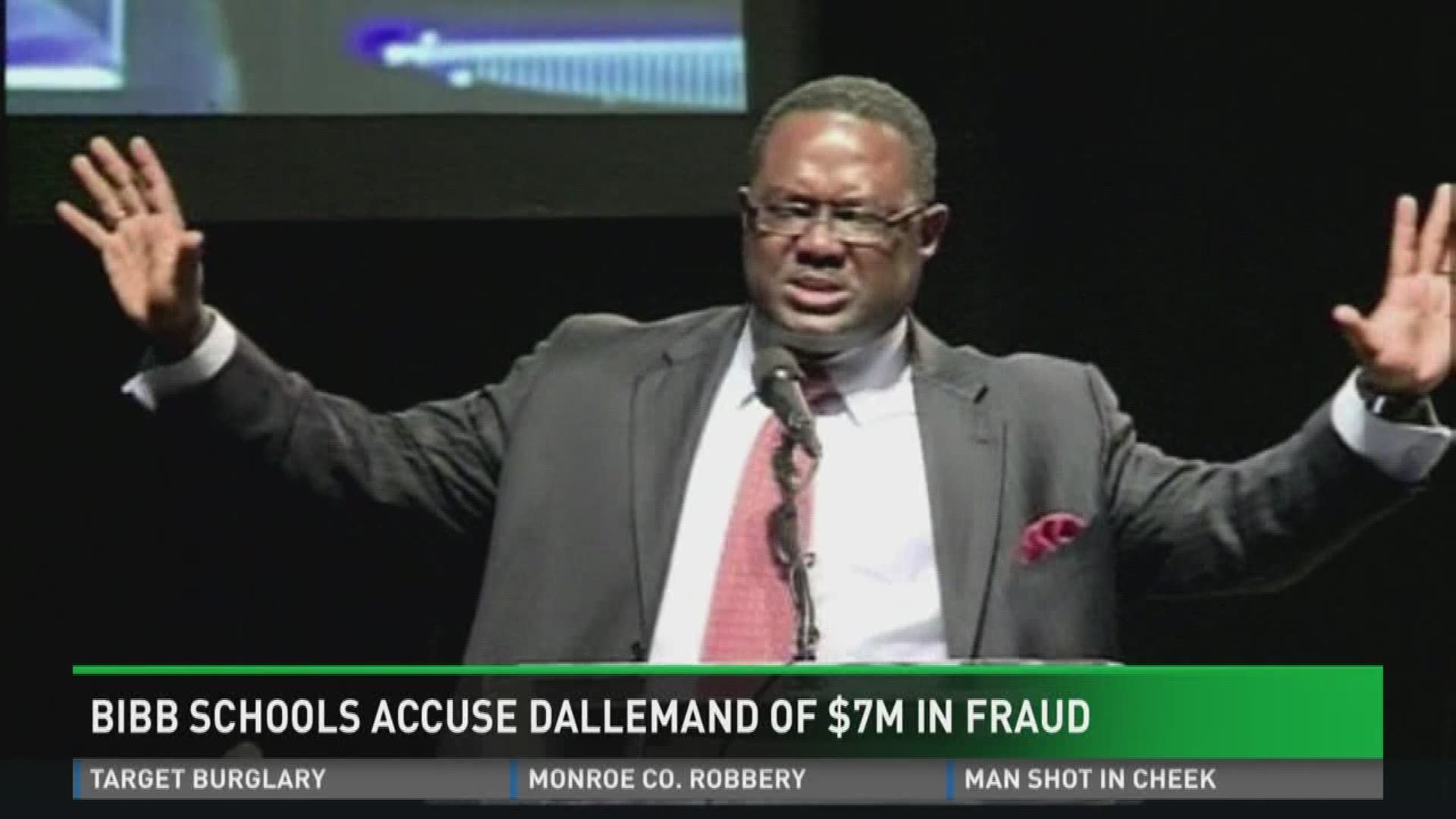 The school district filed a lawsuit accusing Dallemand of defrauding them of more than $7 million, which included the $3.7 million spent on unusable computer devices. The lawsuit also said Dallemand 'coerced' school district employees to make the transactions. 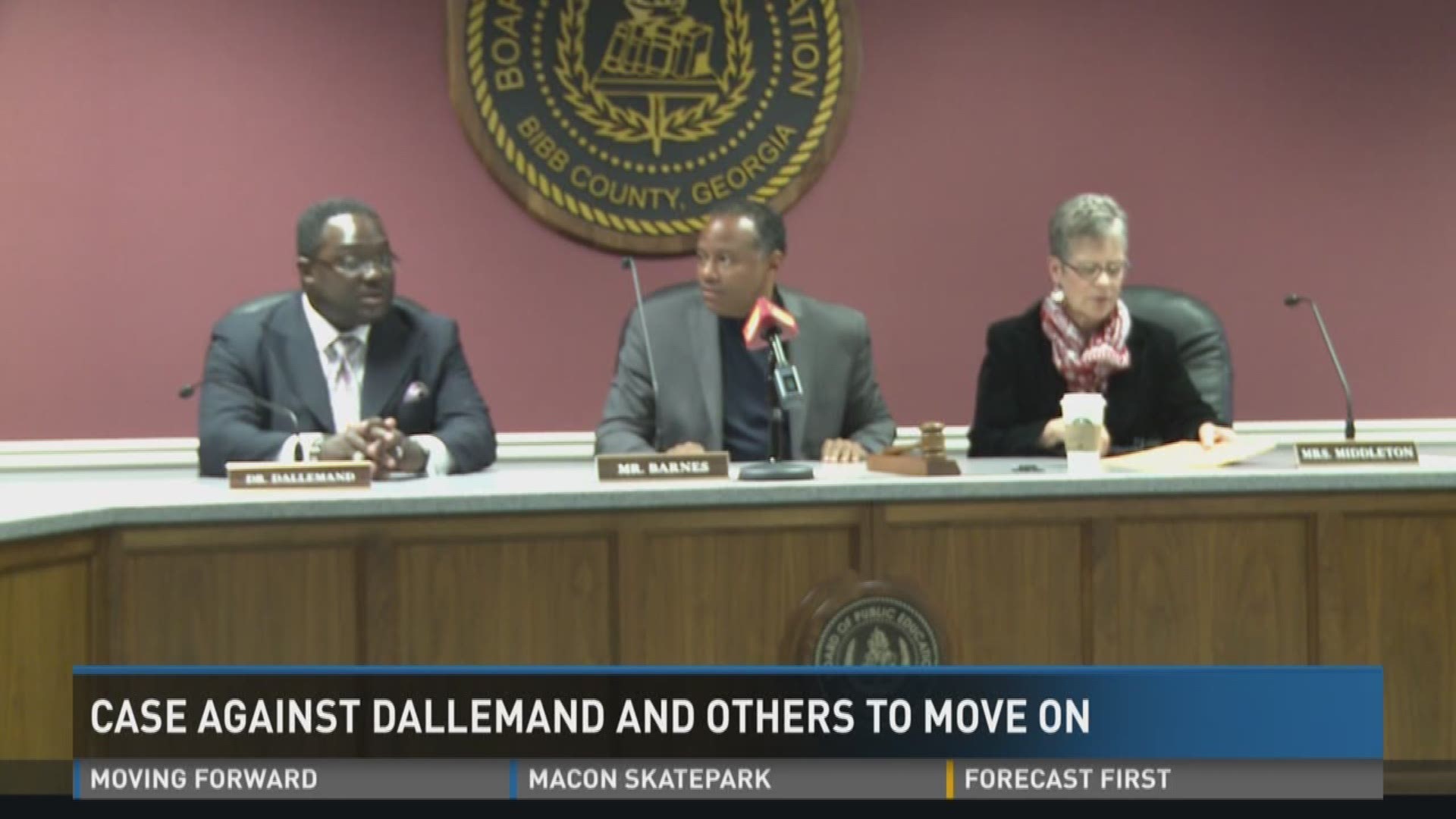 A federal grand jury indicted Whitby and a Florida lawyer for allegedly bribing Dallemand for his and the school board's support for Macon Promise Neighborhood in 2012. 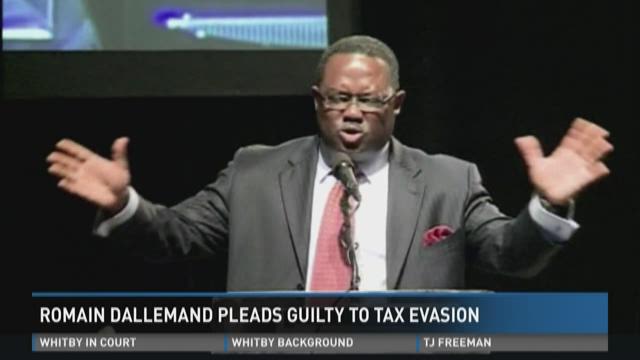 In the same week, Dallemand plead guilty in Florida to tax evasion, including failing to report a $100,000 bribe from Whitby to Internal Revenue Services in 2012. 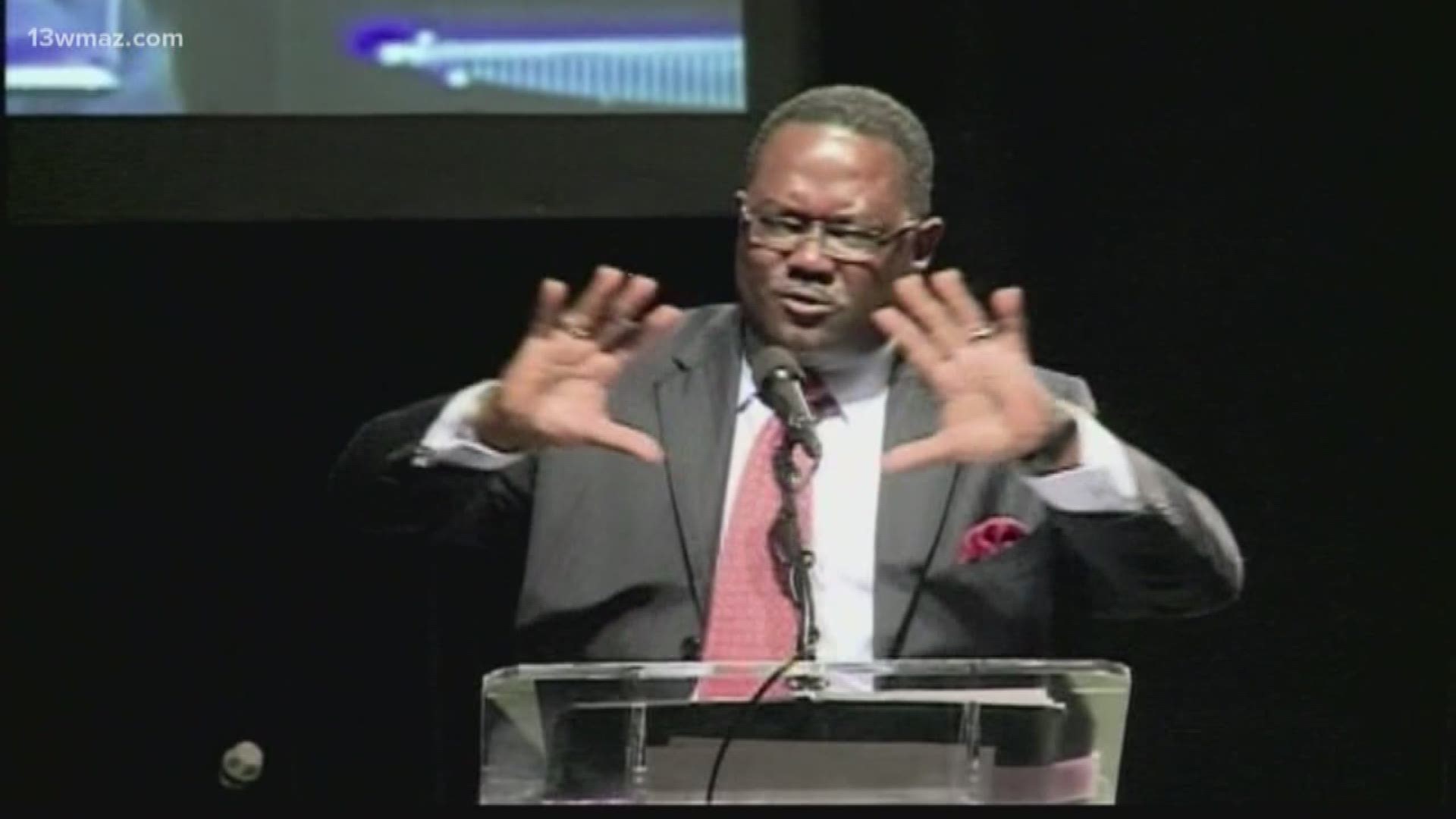 Bibb Schools received $1 million in settlement in their civil lawsuit against Dallemand and others. The district would go on to receive more settlements from other defendants.

Dallemand's sentencing for his tax evasion case was postponed more than once, as he was called to testify in a number of cases, including Culver's.

Culver and Carty were both found guilty by a federal grand jury. Culver was sentenced to seven years in prison.

OCTOBER 2018: Whitby celebrates after being acquitted on federal bribery charges

Dallemand also testified in Whitby's federal trial. Dallemand came to work with the FBI on the case, even secretly recording a meeting between himself and Whitby, which was used as evidence.

A federal grand jury acquitted Whitby on all of his charges.

NOW: The school district's lawsuit is still pending, and they're taking him to court later this year.