Warner Robins mayoral candidates spar on crime ahead of runoff

The mayoral runoff between LaRhonda Patrick and Randy Toms will be on Nov. 30 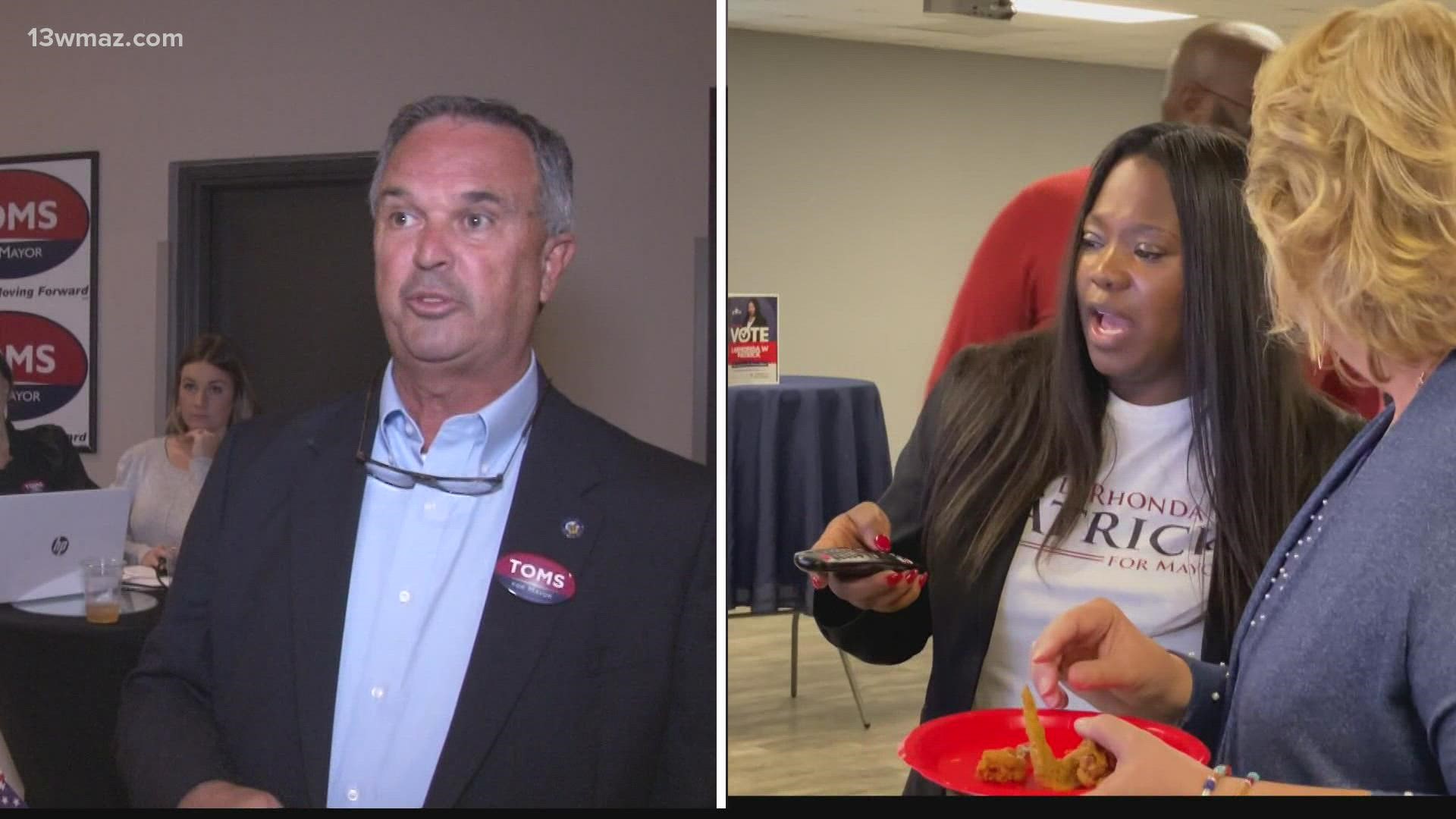 WARNER ROBINS, Ga. — For a long time, crime and police staffing have been political issues in Warner Robins.

Now, in the middle of a mayoral runoff, the candidates again are talking about crime and punishment.

Mayoral candidates have different views on the current state of crime in Warner Robins. Mayor Randy Toms says it’s on a decline, while his challenger LaRhonda Patrick says it could use some work.

"Crime is definitely at a space where we need to reel it in. It’s not as bad as it could be and it’s not as bad as people speculate it is, but if we're having the conversation, that means it’s bad enough that we need to address it, so proactive crime prevention is what I would recommend," Patrick said.

Both agree that staffing and retention in law enforcement could use some work.

"I’m very proud of our police department. There’s a lot of proactive things that our police department can’t do because it is difficult nowadays to get people into the law enforcement profession, so we're constantly working on that. I’ve added 20 positions in the last 8 years," Toms said.

"We’re losing officers to other cities, we're losing them to Georgia State Patrol, and the list goes on, so we have to deal with recruitment and retention. That’s going to help the staffing issue," Patrick said.

The crime issue has recently spilled over into campaigning.

Toms took out an ad that says Patrick wants to defund the police. He said that he has added at least 20 positions to the force.

Patrick says it's just another example of Toms spreading misinformation, and as a prosecutor, her job is to defend the police.

"LaRhonda Patrick is for funding our police officers to the maximum amount of available resources and making sure they have every resource that they need to protect the safety of our community," Patrick said.