From the round ball and the long ball, we’re talking top plays of the year from our state champions… 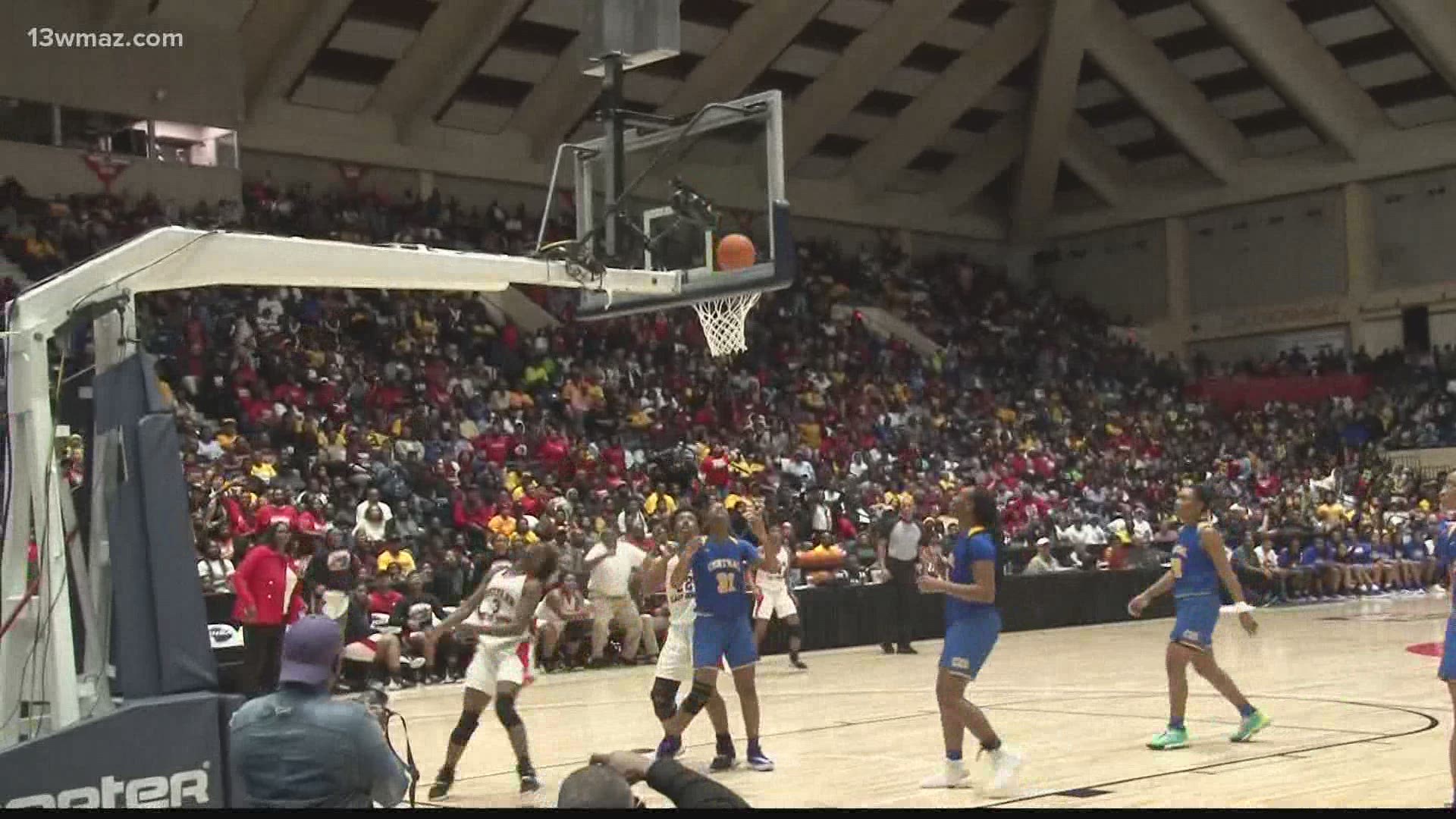 MACON, Ga. — It’s been a long 2020 and minus the spring sports (for obvious reasons), we want to celebrate the non-football sports with our top plays of the year.

From the round ball and the long ball, we’re talking top plays of the year from our state champions…

Way back in February we were talking hoops. The Southwest Lady Patriots made a return to the state championships for the first time since back-to-back appearances in the mid-90s.

Our top play from them comes from the Final Four game vs Rockmart on the Georgia College campus in Milledgeville.

Tied up at 52, Southwest’s Stangious Alford hit the game-winning shot with less than one second on the clock to rally her team for the 54-52 win. The red, white and blue ultimately fell to Douglass in the finals, but they still had an amazing season!

The Wilcox County Patriots brought us our top boys’ basketball play of the year from their Elite 8 matchup against Wilkinson County, also known as the ‘rumble in Rochelle.’

The contest went into overtime and the Patriots took down the Warriors 96-94. They took their only loss in the season in the Final Four against Hancock Central, ending their season with a 28-1 record.

How ‘bout those dawgs? Hancock Central and Treutlen met up in a rematch of the 2019 Elite 8 game, where Treutlen looked to win their first ever title after losing in 2019 to Calhoun County.

The Vikings fell short again and Hancock Central was victorious with an 61-58 OT win – their first title on the court since 2008.

Back to the ladies, Wheeler County is living on top of the world. The Lady Dawgs dominated class A public to the tune of a 31-1 record. They are the champions of the hardwood and head coach Angelia Wright deserves a shoutout for an amazing career in the red and black.

Fast forward through the spring to fall sports.

The diamond divas shined no brighter than the Westfield Lady Hornets, winning their fourth GISA state softball title in a row. The green and gold have managed to have a four-year record of 128-13 thanks to coach Danny Camp and the Westfield School

And last but not least, we salute the Jones County Lady Greyhounds, who took the 5A softball title behind the arm in the circle and the bat speed of junior Destin Howard.

The team ran through Starr’s Mill in the final game in Columbus with a score of 10-0. Head coach Tripp Burt took home a championship ring in his first season.

Thank you Central Georgia student athletes for an amazing first half of the school season!

Sports figures we lost in 2020