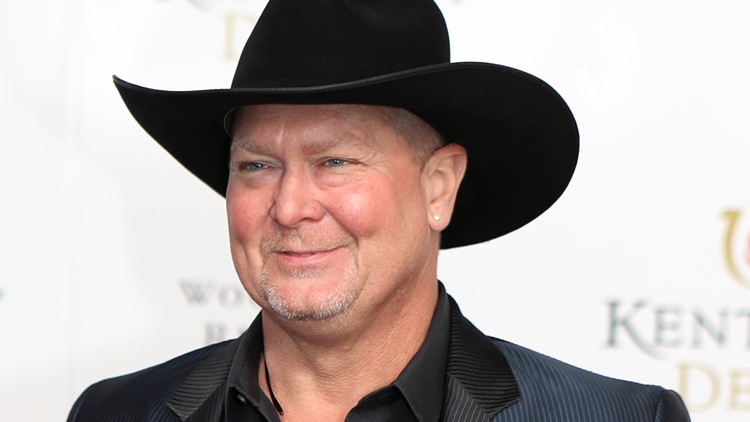 Photo by: AP
Tracy Lawrence walks the red carpet before the 145th running of the Kentucky Derby horse race at Churchill Downs Saturday, May 4, 2019, in Louisville, Ky. (AP Photo/Gregory Payan)

MACON, Ga. — Country music star Tracy Lawrence is heading to Central Georgia next month on part of his new tour.

According to a news release from the Macon Centreplex, the singer will take the stage at the Macon City Auditorium on Thursday, Sept. 19.

That date comes just a little over a month after the release of his 16th studio album, ‘Made in America,’ on August 16

He has sold more than 13 million albums and has 18 US Country #1s under his belt, beginning in 1991 with “Sticks and Stones” and the most recent being 2006’s “Find Out Who Your Friends Are.”

We’d list the other #1s and top 10 hits, but frankly, we kept losing count.

Lawrence currently hosts the syndicated radio show ‘Honky Talkin’ with Tracy Lawrence’ and has been honored for his philanthropic efforts in raising money for the homeless and hungry.

Tickets go on sale Friday, Aug. 16 at 10 a.m. through Ticketmaster or at the Macon Coliseum Box Office.

50 years since Woodstock: How a fundraiser transformed into an iconic (and free) music festival