No one was injured when the car jumped the track 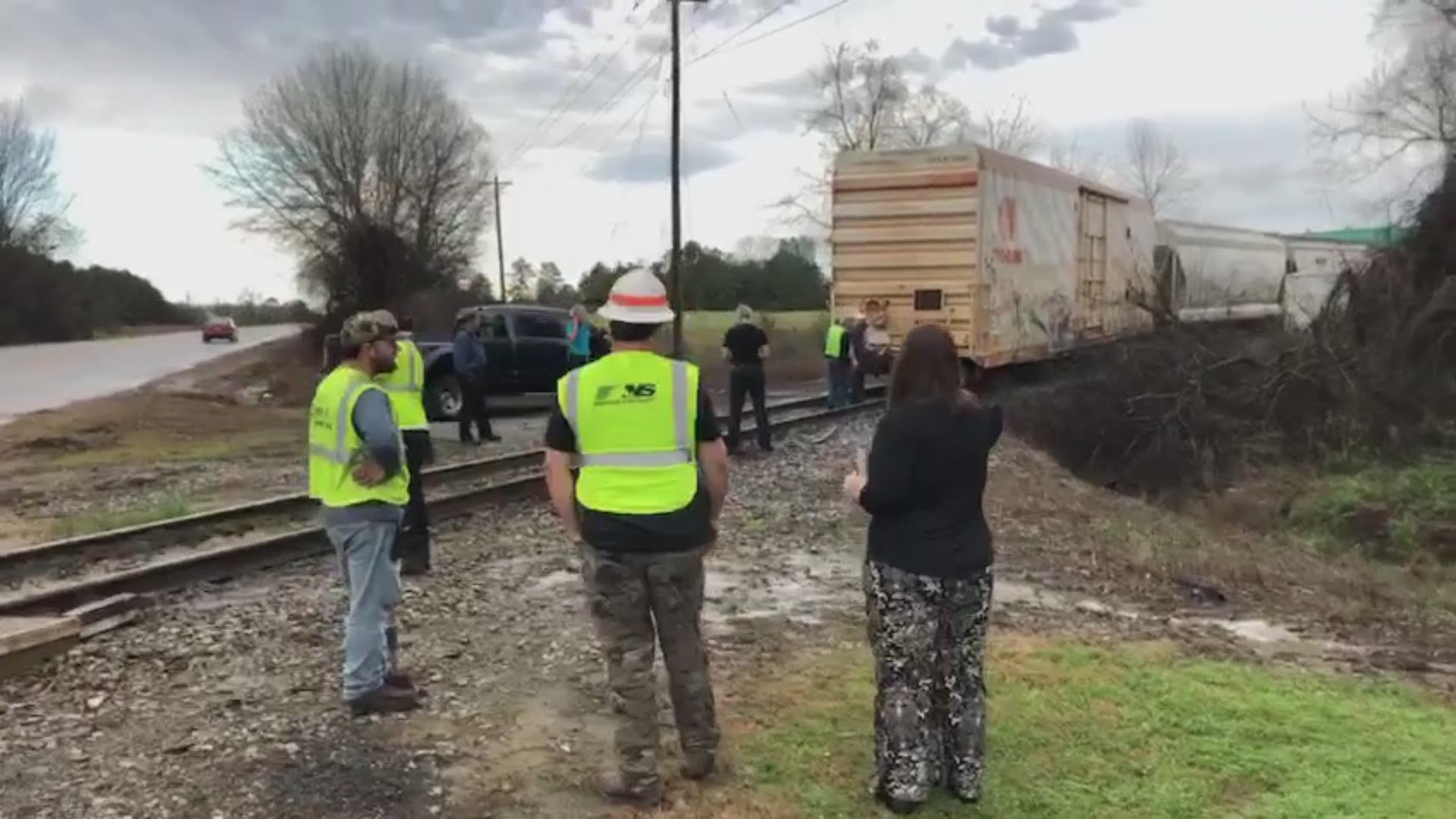 PERRY, Ga. — Perry Police officers are in the process of responding to a minor train derailment at Highway 247.

According to a Facebook post by the department, it’s in front of Frito Lay and they’re asking people to avoid the area if possible.

According to Houston County EMA Director Chris Stoner, a train car carrying potatoes for the company had a couple wheels come off the track.

Stoner says there are NO injuries and the car is still upright; they’re just working to get it back on the tracks.

Norfolk Southern is at the scene and there’s no word on when the road will be reopened.

Just two weeks ago, Norfolk Southern crews were at the Highway 247 spur for two days of rail maintenance after a derailment last year.

'It kind of threw me off:' Drivers take detours on day 2 of train derailment clean up on Georgia 247 Spur