Under federal law, truck drivers are not allowed to be on their phones, but that doesn't prevent distracted driving from other people on the road 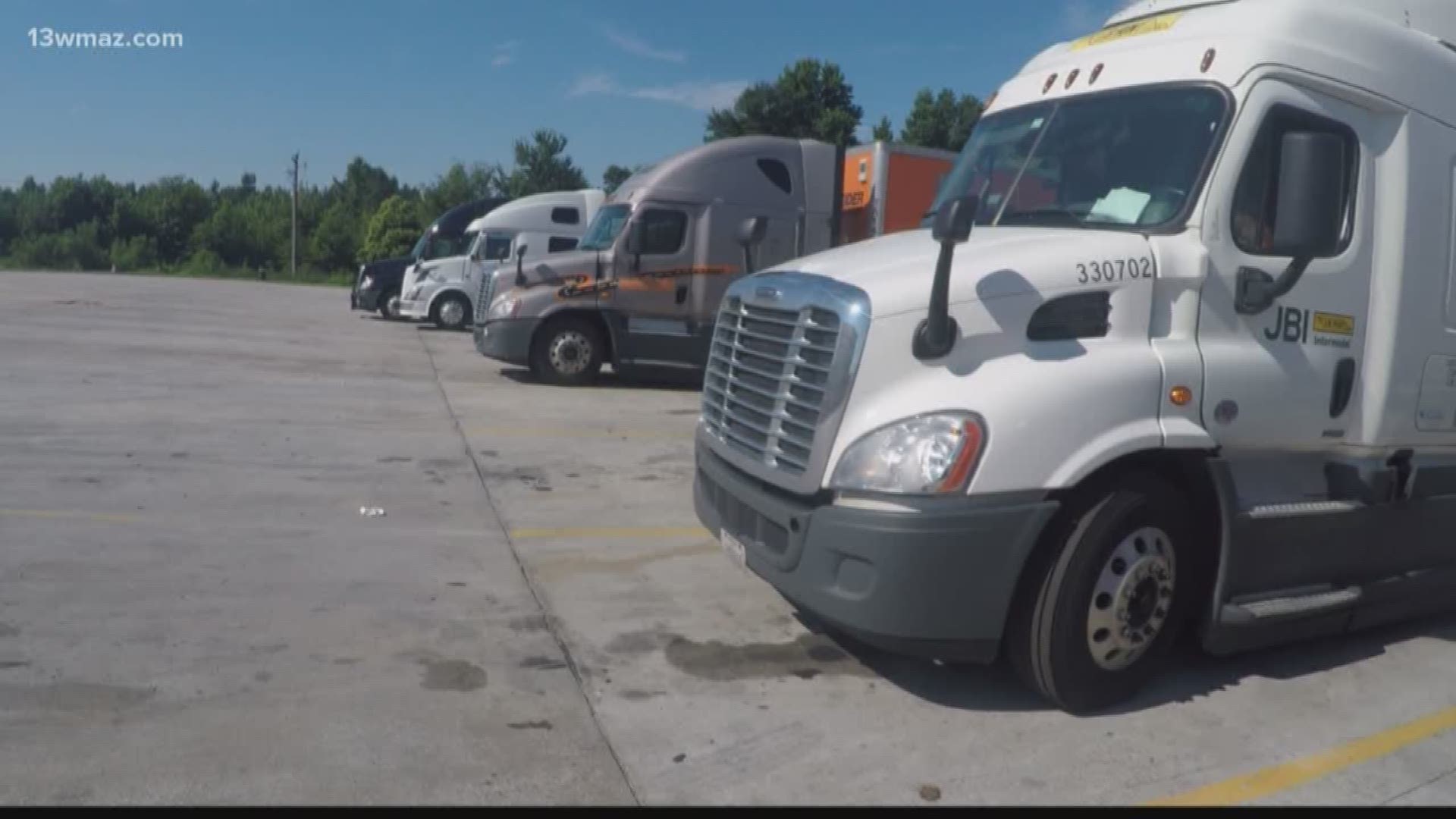 Truck drivers and their companies can face big fines if they are caught texting behind the wheel, but truck drivers say the new hands-free driving law is long overdue and they are hopeful it will save lives.

Across Central Georgia, you can always find truck drivers on the interstate like Charles Harmon who has been driving his truck for 40 years and said there is one thing he sees every day.

"10 maybe, 15 wrecks a day, looking at Facebook or texting on the phone," Harmon said.

Under federal law, truck drivers are already not allowed to handle their phones while behind the wheel.

If they get pulled over, a driver can face a more than $2,000 fine for using their phone while driving and their company can be fined up to $11,000.

Harmon says he wishes the new hands-free driving law was already in effect for regular drivers.

"I'm having to go to a chiropractor three times a week," Harmon said.

In February, Harmon says a distracted driver caused a wreck that hurt him and the other driver.

Harmon hopes the new law will prevent other distracted driver accidents and make drivers more aware of their surroundings.

"I'm so glad that they came up with it, I'm really thrilled and tickled to death," Harmon said.

Harmon may be optimistic, but other drivers like Tony King are more cautious about whether the law will work.

Federal laws for truck drivers also state drivers could have their CDL license suspended if they are caught on their phones.

Georgia State Patrol trooper Andy Sinquefield says starting this Sunday, they will be cracking down on all drivers who may be using their phones.

"It's just like the speed limit, we are going to 100 percent enforce it to anybody who is on the roadways in our state," Sinquefield said.

13WMAZ has compiled a guide to the new hands-free law. You can click here for comprehensive coverage.