A similar billboard appeared in Des Moines, Iowa, prior to a rally there on Wednesday night. 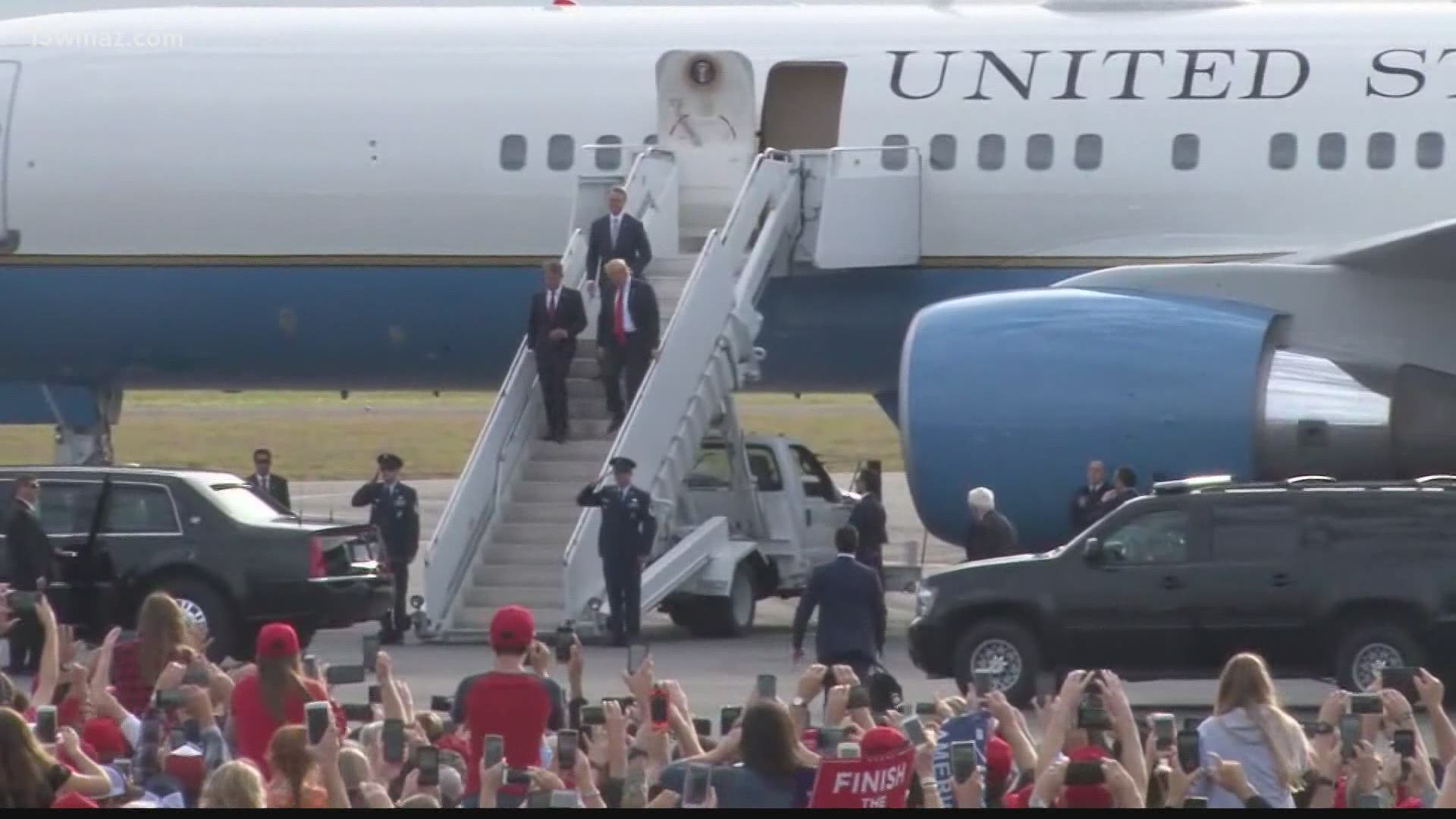 The billboard, which was paid for by national nonprofit Rural America 2020, is located on I-75S near Hartley Bridge Road and the Middle Georgia Regional Airport.

“This billboard is a public service announcement,” said Clark. “Nobody wants to see a superspreader event but that’s exactly what these rallies are becoming. By ignoring experts’ warning on distancing and masks the President and his campaign are flying from one location to the next and leaving COVID hotspots behind. We don’t need that in Georgia, particularly since our state has already seen well over 300,000 infections.”

Rural America 2020 is a bipartisan nonprofit comprised of “concerned rural leaders and farmers across multiple states.” They say they help educate and activate rural Americans on public policy issues that affect them, including in the area of agriculture.

Georgia Tech professor Joshua Weitz told GPB Macon that attendees should prepare for Friday’s rally knowing there is an almost certain risk someone there will have COVID-19. He says that with just a crowd size of 500 that there is a 98% possibility someone will have the virus and could possibly spread it.

Calvin Palmer, the head of Bibb County GOP, told GPB he was not worried and that there would be significantly more than 500 people there, but he would wear his mask to keep people safe around him. He estimated at least 20,000 people would show up for the rally.

So far, the Bibb County Sheriff’s Office and Trump campaign have not reported how many people they are expecting. When Trump stopped at the Middle Georgia Regional Airport in 2018 ahead of Gov. Brian Kemp’s election, security and campaign officials told 13WMAZ there were about 12,500 people inside the event and around 6,000 outside. Friday’s rally will be at the same airport, but not at the same hangar.

A similar billboard appeared in Des Moines, Iowa, prior to a rally there on Wednesday night.

13WMAZ reporters Kayla Solomon and Wanya Reese will have more on the billboard and the rally's COVID-19 precautions, as well as information on the rally itself, throughout newscasts Thursday night.

Here's everything we know about President Trump's Macon rally

'This is my 12th': Tennessee woman comes to Macon two days early for President Trump rally