The main points of Saturday's rally were the 2022 elections, border control, and President Biden's handling of Afghanistan 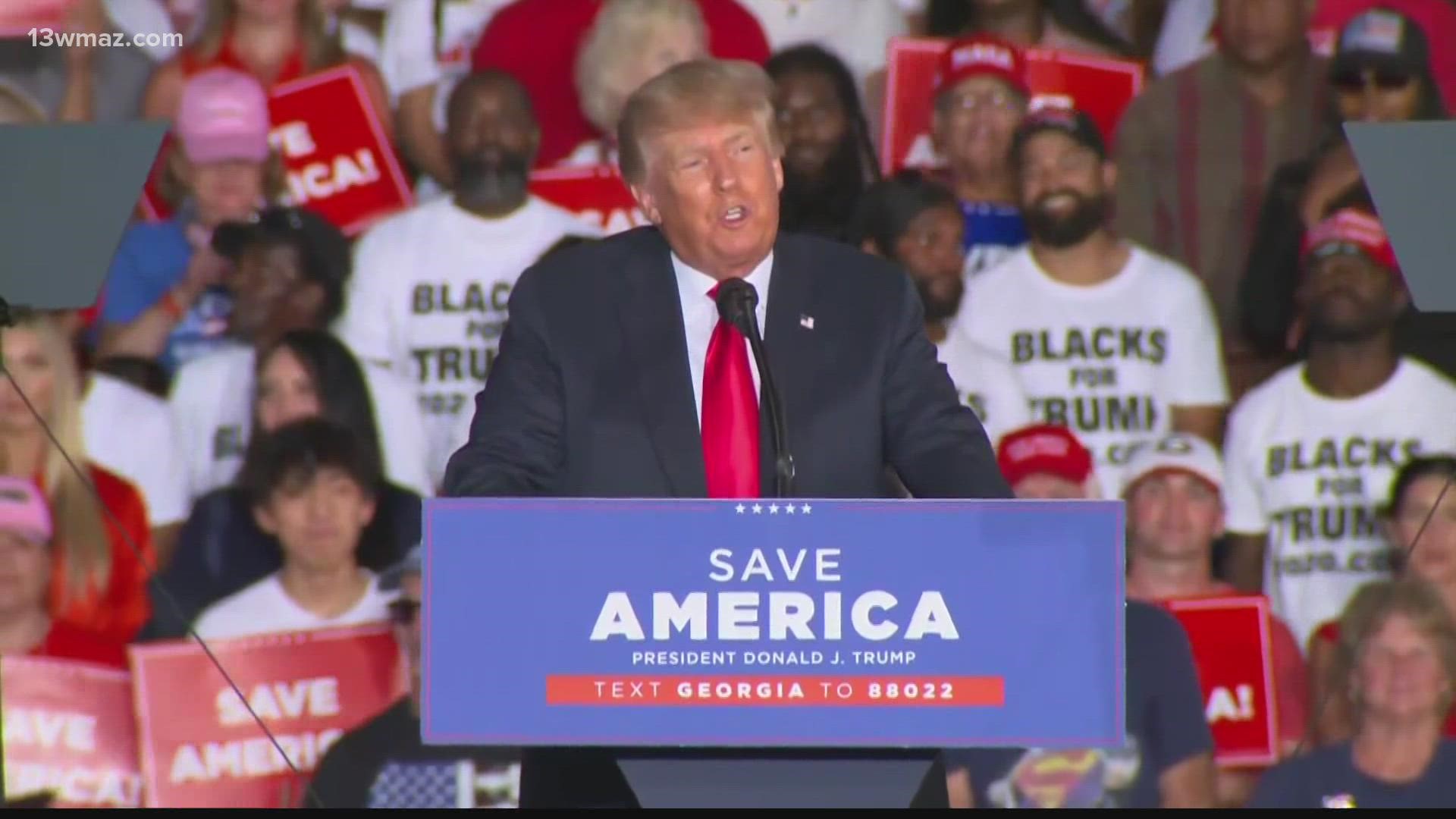 PERRY, Ga. — Thousands of people decked out in Make America Great Again hats and American flags came to the Georgia National Fairgrounds in Perry Saturday to see a pro-Trump slate of candidates and the former president in his first visit to Georgia since January.

The candidates include the latest contender in the U.S. Senate race, former NFL star and Georgia Bulldogs Herschel Walker, who made his campaign debut.

Jones says the 2020 election and foreign policy decisions have pushed people to get more involved in politics.

“Just not about the election, but also kind of things going on right now from what's going on internationally. Your price of gasoline has gone up double in the last eight months, you got a border crisis going on our border, you have an embarrassment going on in Afghanistan. It's a shame we left behind Americans over there, so there's a lot of things driving people to be not very happy with the state of affairs,” said Jones.

That was just some of the lineup in Perry. Other Trump allies that rallied the crowd included Rep. Marjorie Taylor Greene, Vernon Jones, and state Rep. Austin Scott.

Former President Donald Trump’s main points at the rally were the 2020 election and looking forward to 2022 elections. Trump also touched on border control and President Joe Biden’s handling of Afghanistan. 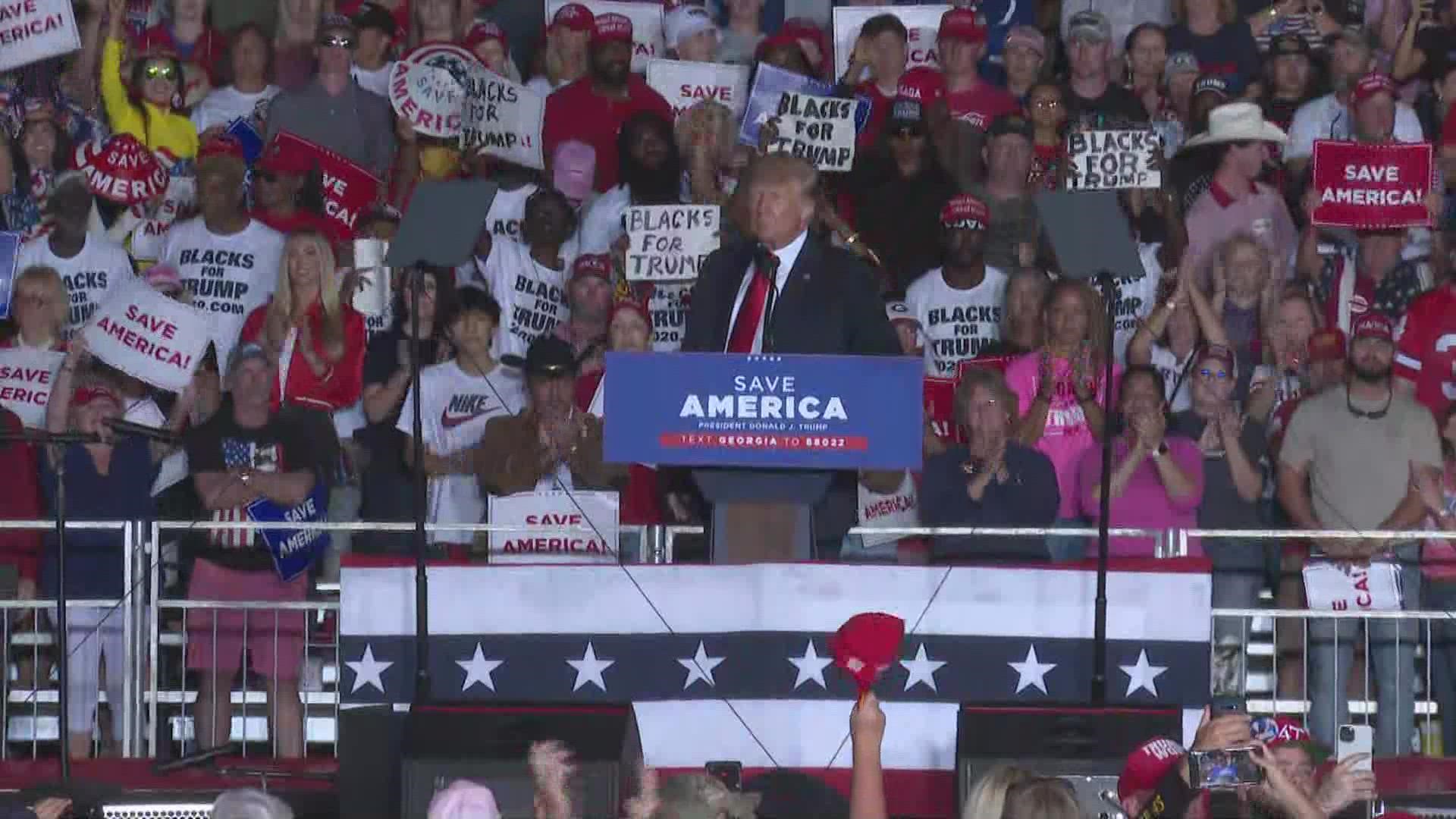