The investigation is still ongoing and the two men are being held without bond as of now. 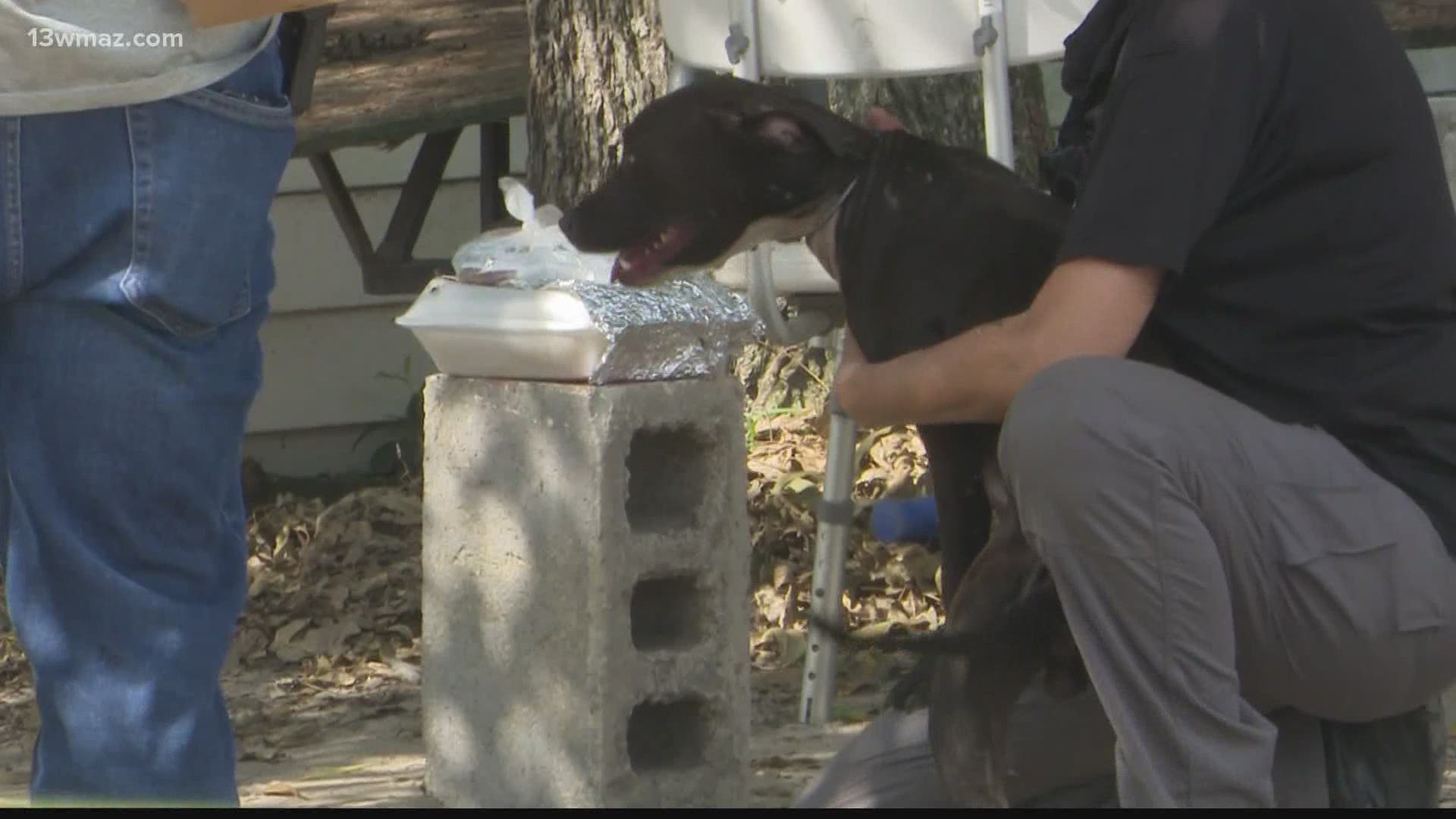 MACON, Ga. — It started Wednesday morning as eviction on Poppy Avenue, but officers from the Bibb-County Civil Court say they found evidence of dog fighting.

Bibb County deputies rescued 10 dogs from the home on the 600 block of Poppy Avenue. Some of the dogs had injuries, leading investigators to believe they were used for fighting.

62-year-old Dale Fluellen and 43-year-old Christopher Fluellen, father and son, were each charged with ten counts of Prohibited Dog Fighting and Related Conduct.

Sgt. Clay Williams with the Bibb County Sheriff's Office says that this investigation could take some time.

"It could be an hour, it could be the rest of the day. It just depends on how much evidence is here," Sgt. Williams said.

Neighbors said that they were surprised that this even went on in their neighborhood because it's usually quiet, and that nothing like this has happened before.

Williams says that dog fighting is a problem and needs to stop.

"It's not every neighborhood, but we've had issues, we've had cases this year. One case is a problem. We don't want any," he said.

The investigation is still ongoing and the two men are being held without bond as of now.

Anyone with information about this case can call the Bibb County Sheriff's Office at 478-751-7500.