Notice anything different in downtown Macon? Film crews are taking Second Street back in time by at least 70 years. 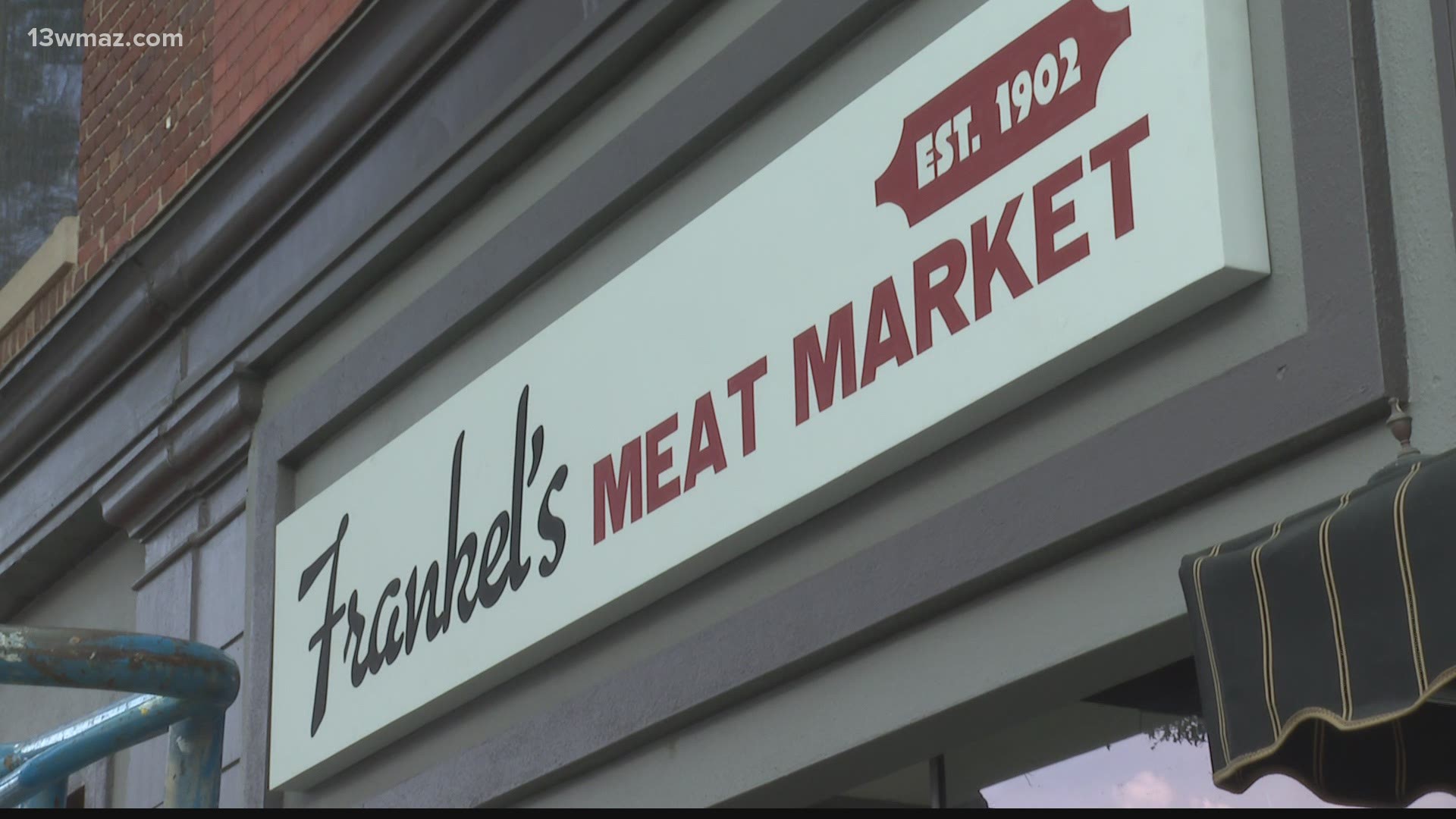 MACON, Ga. — Downtown Macon is being transformed into 1950s Chicago -- but just for this week.

Part of Second Street has taken on this role for Tyler Perry's latest production --"A Jazzman's Blues."

The film takes place from 1937 to 1987 and follows an unsolved murder investigation that unveils a story of love, deceit, and secrets, according to Deadline. The film is expected to be released on Netflix this year.

"It's been fun. It's been interesting. A lot of interesting people on the production team watching this street transform," said Amy McCullough with Macon Clay.

The block between Cherry and Mulberry streets has been taken back in time. Props of old mailboxes, telephone booths, and fruit stands sit on the sidewalk. Storefronts of businesses are being turned into a diner, tobacco shop, pool hall, bakery, and music store.

Macon Clay has also taken on a new façade for the week.

"It been transformed into a meat market overnight," McCullough said.

McCullough says some new students don't notice the building as easily, but the experience has been fun for her pottery students..

"When we were in the inside, it was clay, but on the outside, it was a meat place. Real weird," said 15-year-old Lillian Harper, a Macon Clay student.

McCullough says the shop's temporary look also has an added incentive--$1,500 a day.

So why Macon? Aaron Buzza, vice president of development and COO of Visit Macon, says The Hargray Capitol Theatre was the perfect spot along with the next door storefronts.

"In the scene, there's a particular location that they're looking for that looks like Chicago or suppose to look like Chicago. Because the team knew this location from having been here before, they knew it was the look they wanted for this particular scene," Buzza said.

According to a casting call, the scene set to film in Macon is a restaurant scene. The former Greek Corner Deli building has been transformed into the "Sugarland Diner" for the week.

Buzza says the cameras will roll this Friday, and crews will wrap Saturday morning. He says to expect some streets to close while they're filming but access to businesses will be available.