'We're here for her:' UGA cheerleader undergoes six surgeries in one year

Central Georgia native Meredith Hunnicutt cheered on the Dawgs for three football seasons until the first game of her senior year. 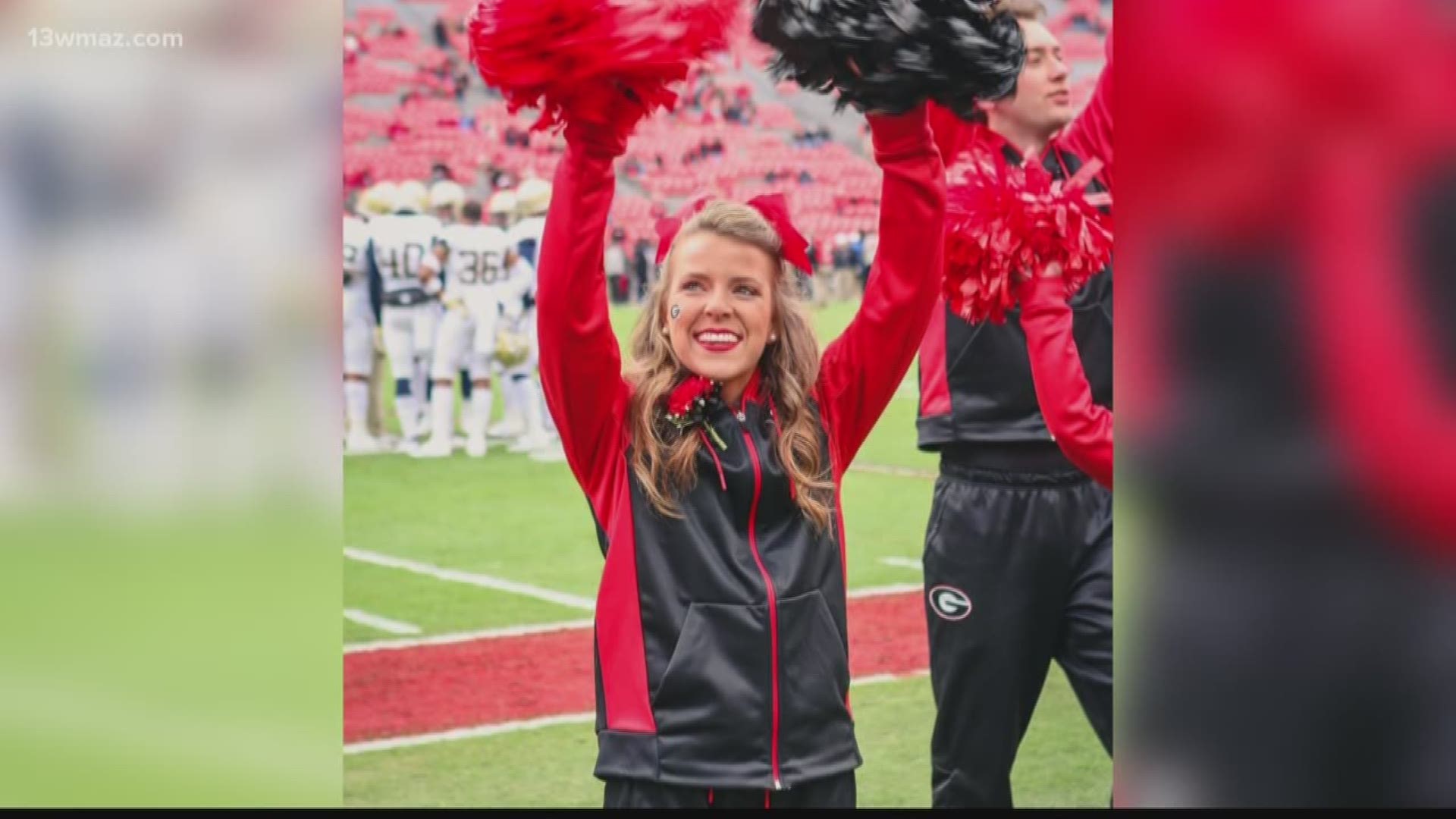 FORSYTH, Ga. — The Mary Persons varsity cheerleading squad work to perfect each step of their routine.

Madlynne Scott says a lot of her skills came from summer cheer camp.

"Our head coach always brings in outside people to help us get better and grow," says Scott.

That outside influence was Meredith Hunnicutt, a University of Georgia cheerleader.

"She's probably one of the sweetest people you'll ever meet -- she's so genuine, she loves Jesus, she knows anything in the cheerleading world," says Scott.

Hunnicutt cheered on the Dawgs for three football seasons until the first game of her senior year. She had a seizure on the football field.

Doctors told Hunnicutt that she had a condition called "pseudo-tumor," or false brain tumor. The symptoms are similar to having a real tumor.

It causes a fluid build up around the brain, and you need a shunt to drain the fluid.

"It's gotten infected and progressively gotten worse, and she's still tried and continued to finish senior year, and has come to this camp and has been so dedicated, and it's been so sad to see someone so sweet have to go through this so many times," says Scott.

She has had six brain surgeries in just one year. Even through all the operations, her mentees at Mary Persons note her bravery and perseverance.

"As soon as she gets out of surgery, she's like, 'When can I get working out?  When can I get back to things?' She doesn't want a minute of down time," Scott says.

Hunnicutt isn't cheering on the Dawgs between the hedges anymore. Instead, she has her own group of cheerleaders.

"The team loves her and we're here for her," says Scott.

Hunnicutt missed most of her senior year of cheering at UGA because of her health, but since she has one more year of school to complete, the team still invited her to be on the sidelines when she recovers.

Hunnicutt used to cheer at FPD in Macon.