11Alive crews were there as Atlanta Police blocked off University Avenue to clear the street. 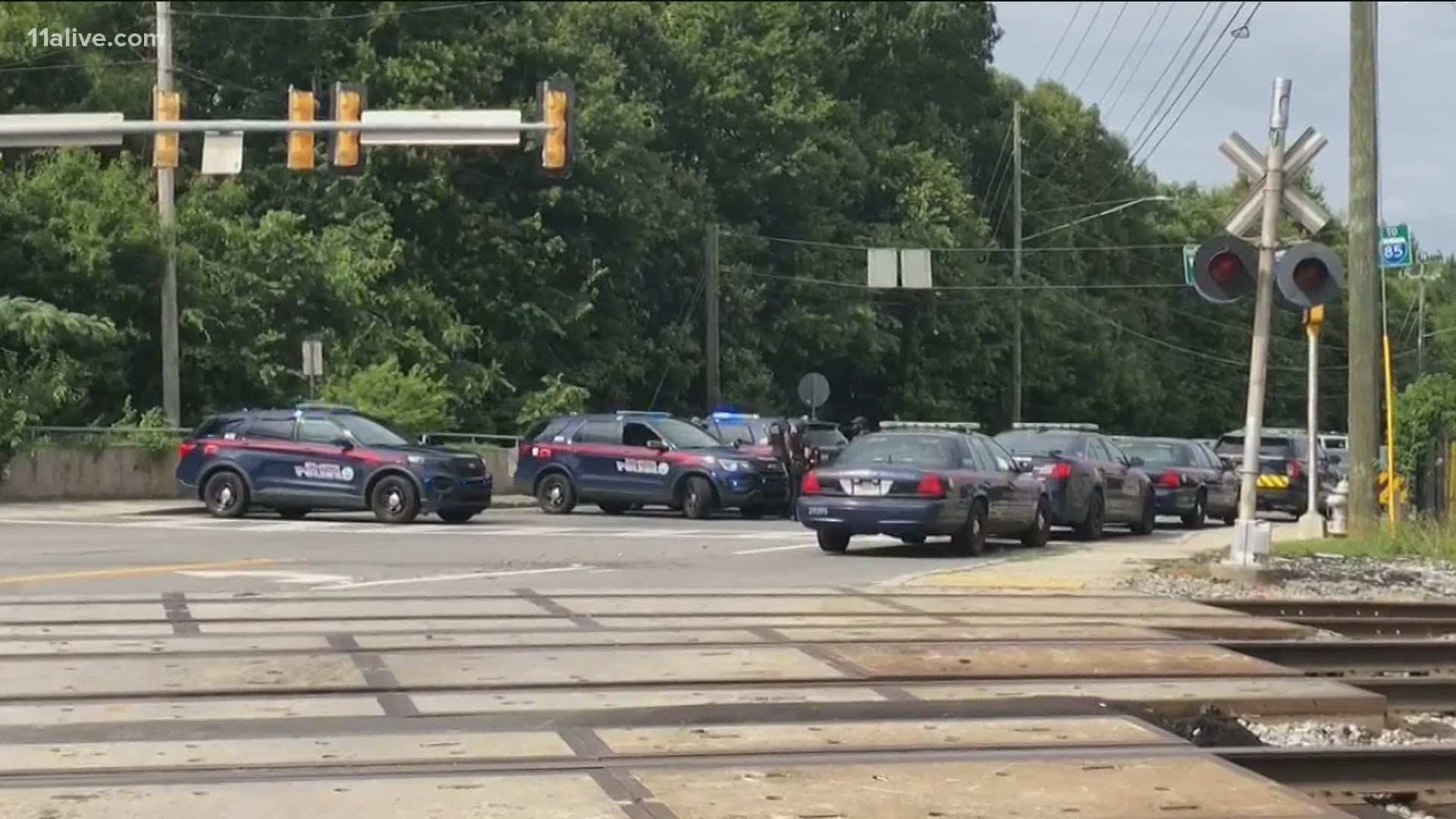 ATLANTA — After several days, the streets near University Avenue are cleared of barricades and roadblocks.

On Wednesday morning, Atlanta Police moved in to clear the makeshift roadblocks that had been in place for several days after an armed group of people took over the burned out property of the Wendy's restaurant where Rayshard Brooks was shot by police.

11Alive crews were there as Atlanta Police blocked off University Avenue to clear the street.

Residents of the south Atlanta neighborhood in the area had grown frustrated by the blockade that formed - guarded by what they described as armed citizens who they said were not protesting but using the space for their own gain. Residents said that the people would block the street and sometimes not allow them to get in or out of their neighborhood.

RELATED: People take over property where Rayshard Brooks was killed, set up roadblocks on University Ave.

"My husband literally just missed getting caught in the crossfire when he was on his way home," Kimberlee Jones told 11Alive Monday. "And people have been shot and have been hurt."

Credit: Kristen Reed / WXIA
An image shows barricades near the site of the Wendy's restaurant where Rayshard Brooks was shot and killed by an ex-Atlanta Police officer June 12. Residents of the neighborhood say armed citizens have put up road blocks, making it difficult for residents to get in or out of the area.

Other residents - and police - said that rocks were also being thrown.

They took their concerns to the Atlanta City Council on Tuesday during a Public Safety Committee Hearing where Interim Atlanta Police Chief Rodney Bryant assured the public the department is doing what it can to de-escalate the situation. Wednesday's removal of the barriers is a step in that direction.

11Alive asked APD Wednesday afternoon what their plans were as far as future patrolling of the area, but had not responded as of the publishing of this article several hours later.

Woman shot during protests at Wendy's where Rayshard Brooks was killed