According to Macon-Bibb Fire Chief Marvin Riggins, at around 5:30 p.m., firefighters were called to ABC Supply Co. on Delta Drive off Industrial Park Drive. When they arrived, they found the fire in the middle of the building and lots of propane tanks, which started to explode once they made it to the scene.

Riggins says toxic fumes are in the air. He says the fire is under control, but there are still hot spots emitting smoke.

"Shortly after we arrived explosions started going on. The roofing material, once it starts to melt down it begins to burn even hotter, and it's putting off toxic fumes at this time," says Riggins.

No one was injured in the fire. All employees left once firefighters arrived.

Bibb County crews are fighting a fire near the Middle Georgia Regional Airport.

"We've been able to change the color of the smoke, so that means reducing the level of the heat factor, so once we get that down we can scale it back some, but we will be here all night," says Riggins.

The fire is at the ABC Supply Co. plant on Delta Drive off Industrial Park Drive.  It is a roofing company that distributes siding, windows and other select exterior and interior building products, tools and related supplies. 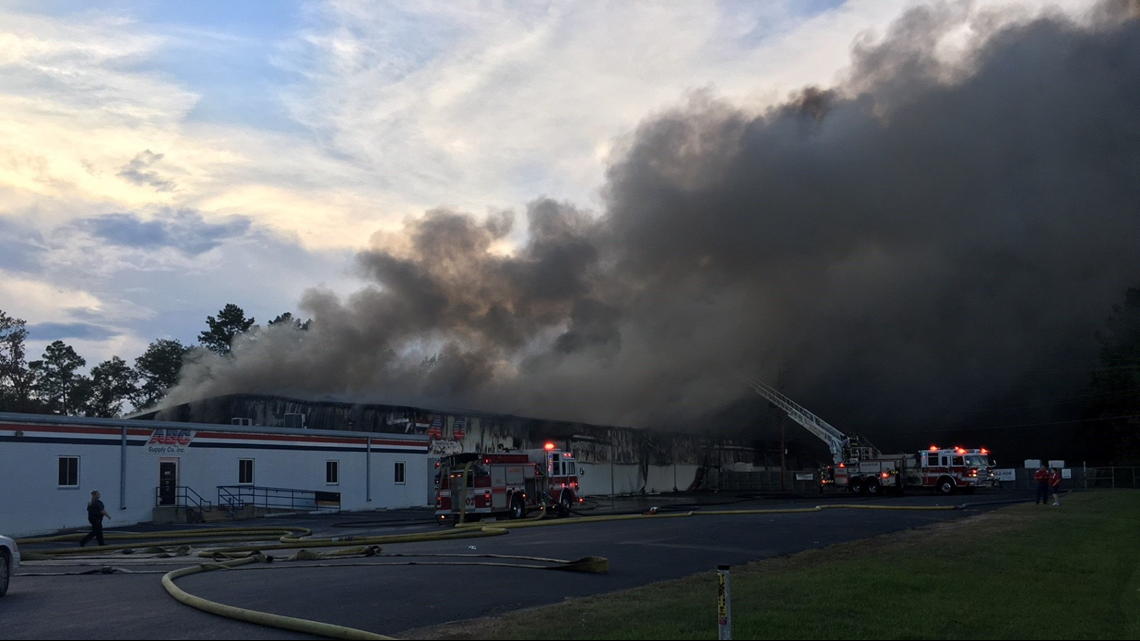 So far, there's no word on injuries or on the cause of the fire.

We have a crew headed to the scene and we'll update this story when more details are available.