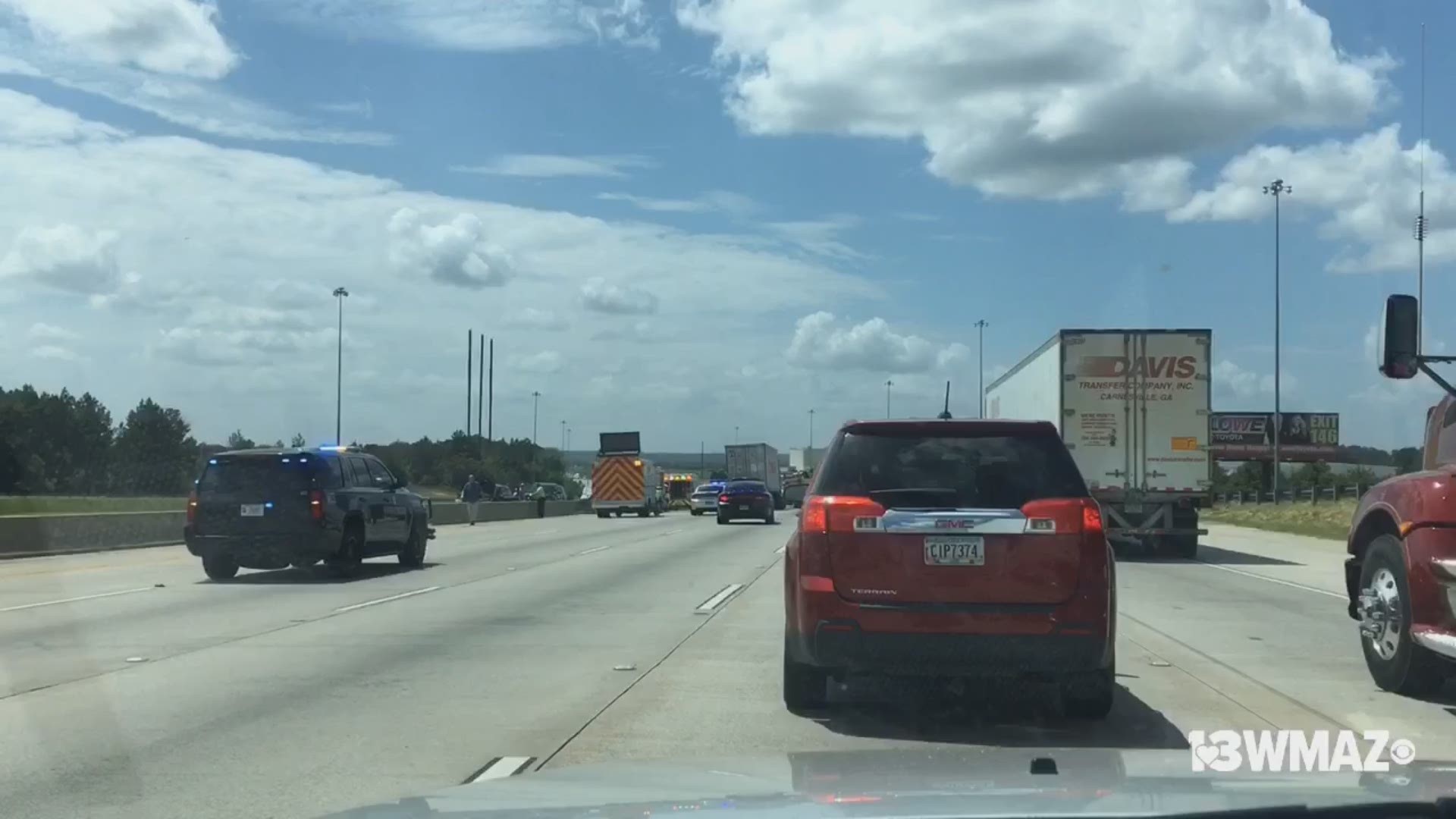 According to Georgia State Patrol Trooper Brown, a tire fell off a tractor-trailer just after noon, which triggered the accidents.

Brown says three vehicles were involved in the two accidents and that one person was taken to the hospital. No one else was injured in the accident.

The name and condition of the person injured hasn't been released yet.

Brown says they're investigating to see why the tire fell off of the truck.

A similar accident happened just 10 days ago on I-75 right before Byron where a semi-truck lost two tires.

They bounced across several lanes of traffic before smashing through a windshield, killing 36-year-old Jennifer Thomas instantly in front of her family.

The truck driver in that accident, Yurien Bello, was charged with vehicular homicide and three other traffic violations.

RELATED: VERIFY: Are all truck tires inspected at weigh stations?