Lieutenant DeFoe with the Bibb County Sheriff's Office says the FBI is helping with the investigation. 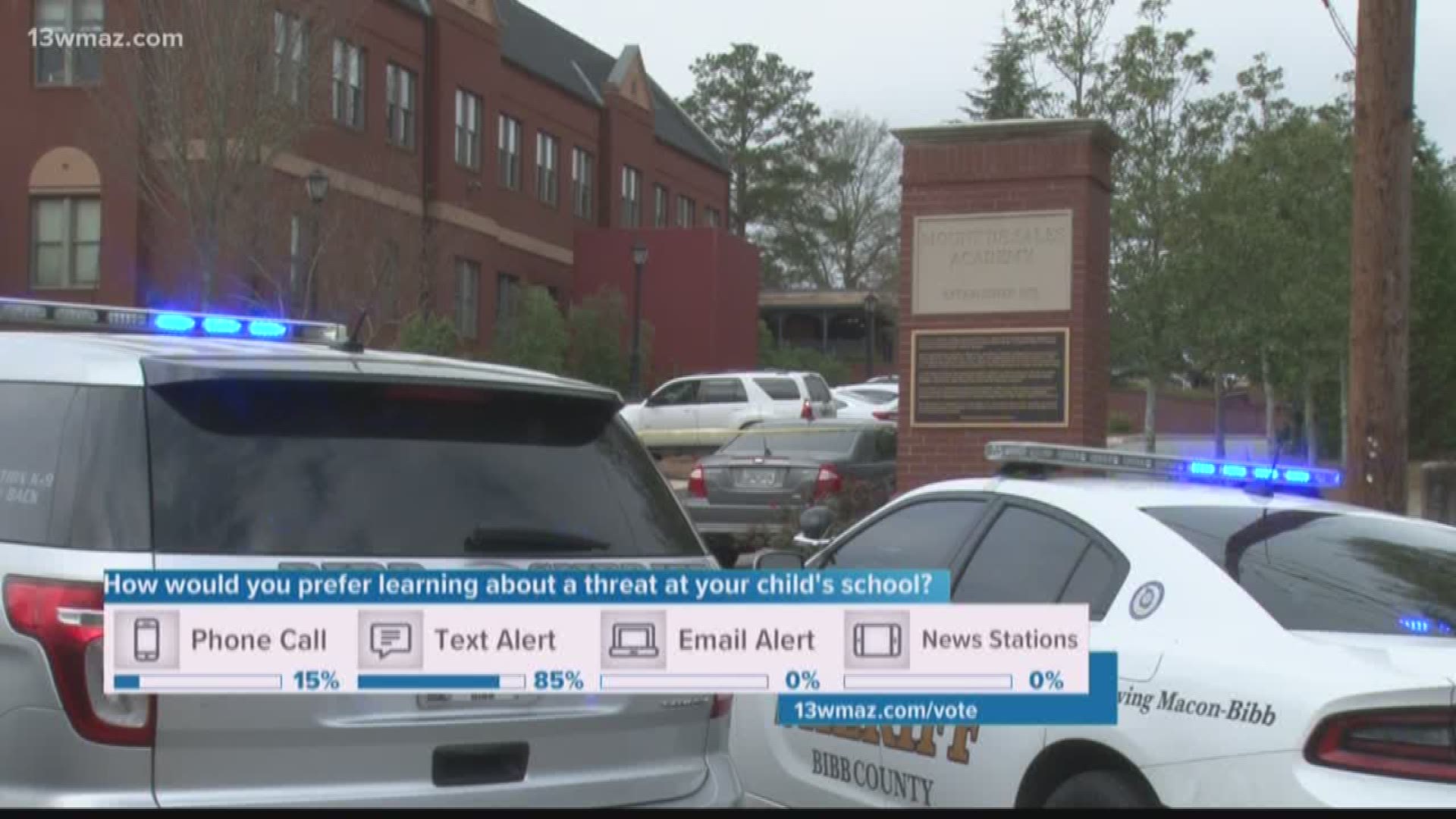 A juvenile from Tonawanda, New York has been arrested for Friday's shooting threat to Mount de Sales Academy.

Several agencies including the Bibb County Sheriff's Office and the FBI helped with the investigation, which led to the arrest.

The suspect's name has not been released due to the age.

Mount de Sales students and faculty had a rough start to their morning after receiving a shooting threat on the school's private YouTube channel. Shortly after, Lieutenant Sean DeFoe said the school called in to the Bibb County Sheriff's Office.

"According to the staff, from my understanding, they perform their morning announcements on the YouTube channel -- it's a private channel," he said.

School leaders used the fire alarm to evacuate students, and emailed parents to come pick up their kids. Maura Pipkins came immediately to get her son.

"I read the email, and then all of a sudden, my anger or whatever was going on, turned to some fear and concern for the safety of the students, my child and everybody else's," she said.

Law enforcement swept the building and screened each student. They were able to reopen the school about two hours later.

"All the children are safe and everyone's OK, thankfully. Fortunately, this appears to be a hoax, but we take those things seriously regardless," DeFoe said.

DeFoe says the FBI is helping in the search for the person posted the threat. Pipkins is more worried about the person than the gun.

"You can have as many guns as you want, but they're not going to shoot themselves. People shoot people, and so I'm more concerned about the mental state of the people that have these guns, not the guns themselves," Pipkins said.

Students were allowed back inside the school after it was cleared, but many went home with their parents.

This is the third school safety scare in our viewing area in one week. There was extra security for several days in Dodge County, and a student was arrested for having a gun at Northside High in Warner Robins.